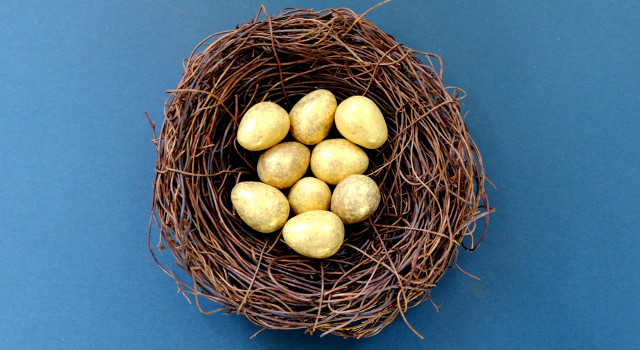 Gold recently hit a high of over $1,250 an ounce. Gold advertisers and gold investment newsletters continue touting their wares as though gold only goes up in value. Commercials are promising cash for gold, and people who normally don’t concern themselves with investments are asking if they should buy gold. But now may not be the best time to buy gold.

Gold tends to maintain its value. It doesn’t go up; it doesn’t go down. It just holds its purchasing power and keeps pace with inflation. On average it stays constant, but only on average. In the short term, gold fluctuates wildly, at times even more than the stock market.

In his book “Stocks for the Long Run,” Jeremy Siegel analyzes investments over the past 200 years. Gold typically just maintains its value over time. If you bought a dollar’s worth of gold 200 years ago, after adjusting for inflation it would be worth about a dollar today. Because of inflation, a dollar today would only have had the buying power of about 7 cents back then! However, the stock market, on average, has been appreciating about 6.5% above inflation.

Inflation has been running at about 4.5% and equities have been averaging 10.8% over the last 30 years. You need to exceed inflation to grow the purchasing power of your portfolio and fund a long and successful retirement. Holding gold may help you sleep well tonight, but you won’t eat well 10 years from now.

Although gold generally holds its purchasing value, it can fluctuate wildly based on other factors. The price of gold generally rises with expectations of inflation or worries about economic or political security. The recent appreciation of gold stems from an expectation that prolific and wanton spending by the federal government will excessively devalue the dollar and run up deficits that will lead to a catastrophic financial meltdown as well as worries that Iranian president Ahmadinejad is determined to nuke Israel and America.

Perhaps such dire predictions are correct and we are headed to Armageddon. If so, gold should not be your first purchase. First you should stock a year’s supply of food. Then buy a gun to protect it. Only after you’ve purchased plenty of seed corn should you think about buying gold. Even then I would think that gold isn’t a liquid asset at the end of the world as we know it. At that point a loaf of bread will buy a bag of gold. If you want liquid assets in such a catastrophic situation, try buying cases of Jack Daniels. It is cheaper, keeps just as well and will fetch more in trading value.

Perhaps we are rushing toward the meltdown of society as we know it. But perhaps not.

Perhaps the pendulum is swinging back and reckless governmental socialism and spending will be repudiated in the midterm elections. If that happens, all the dire expectations that worried individualists have priced into the gold market will evaporate along with some of the value of gold investments.

We don’t recommend holding more than 3% to 5% of your net worth in gold coins. You don’t need any Eagles or Krugerrands to reach your financial objectives. Hard asset stocks do better than simply buying the underlying commodities. Holding diversified foreign equities protects against government monetary folly and would have protected even the citizens of Zimbabwe. Emphasizing those countries with a sound monetary policy is even better.

Having said all that, holding a few gold coins has had its benefits historically.

Some of our clients are old enough to remember Franklin D. Roosevelt’s Executive Order 6102 in 1933 that restricted gold ownership. Owning gold was illegal until the early 1970s when Richard Nixon abandoned the gold standard for our currency and Gerald Ford signed a bill that legalized private ownership of gold.

Having gold during World War II was the only way to get family members safely out of Nazi Germany using bribery. Owning gold coins can provide some flexibility in dark and uncertain political times.

Although holding a small number of gold coins won’t jeopardize your financial objectives, be prepared for their value to decline if the world’s debt, deficit, socialist tendencies and Armageddon start looking a little less bleak.

Photo by Alizee Marchand from Pexels