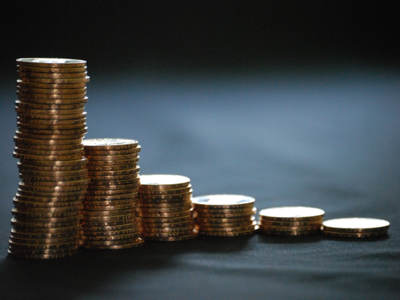 Gold ownership has grown in popularity over the past five years. Fearful of monetary or societal failure, many hope that owning gold will bring them peace of mind. Advocates also suggest that some amount of gold is part of a balanced diversified portfolio. Arguments can be made for gold, but its investment properties are not among them. The optimum asset allocation to gold in an investment portfolio is zero.

Through an executive order, President Roosevelt made the possession of monetary gold a crime in 1933. Then in 1971, President Nixon took the United States off the gold standard. This move triggered a high rate of inflation that severely devalued the dollar. In 1974 private ownership of gold was allowed once again, but it could not be used as payment in contracts.

Now, we can both own and pay with gold, but another president could make it illegal again. Thus some people believe you should buy gold now before that happens.

Today, the U.S. dollar is only valuable because the government has declared it legal tender and we act accordingly. The dollar has no intrinsic value and is not backed by any reserves of gold or silver. It is a “fiat” currency. If a significant portion of society ever lost faith in its value, it would no longer be accepted despite government edict. We would experience hyperinflation, and the dollar’s purchasing power would fall precipitously.

Historians cite examples of fiat currencies imploding after hyperinflation, making these worries a real concern. Since 2008 the U.S. government has been actively devaluing our currency. Holding interest rates low with quantitative easing has kept inflation higher than normal. Meanwhile the government has kept the official reports of inflation artificially low.

This situation engenders deep concern. The value of gold is heavily correlated to fears of economic or political collapse. It is argued that gold could protect us from such a catastrophe.

This position makes gold a fallback currency, not an investment. The argument against gold as an investment is twofold. First, gold has an expected return that is little more than inflation. Second, gold is extremely volatile.

Expected returns are calculated by analyzing long-term movements in price. Although gold’s price is highly volatile, its value averages little more than the increase in inflation.

Jeremy Siegel’s book “Stocks for the Long Run” includes the growth of $1 of various investments from 1802 through December 2006. After being adjusted for inflation, gold grew from $1 to $1.95 while stocks grew from $1 to $755,163. At those rates, stocks have an average annualized appreciation over inflation of 6.86%, whereas gold is just 0.33% over inflation.

Gold and silver generally hold their value. They appreciate approximately by inflation. Little or no additional value is added. But gold and silver also rise and fall with global fears. They can be very volatile, even when measured in inflation-adjusted dollars.

Gold’s volatility means it has both positive and negative runs. Gold advocates try to make their case based on the positive returns from the bottom of the gold market in 2001 until recently. They ignore the 21 years of decline in favor of the recent 12 years of growth. But any serious analysis for portfolio construction must look at long-term averages.

Long-term averages make gold look like a safe store of value. But if you purchased gold at its height in 1980, you have lost more than half your buying power. In contrast, stock investments since 1980 have increased their purchasing power more than fourfold.

Modern portfolio theory advocates blending asset classes to maximize expected return and minimize portfolio volatility. Portfolios constructed according to these specifications have their risk-return ratio on the “efficient frontier,” a curve depicting the best possible risk-return combinations of asset allocations. Assets with low expected returns and high volatility are not part of the efficient frontier.

Gold is not an investment. It is better described as a store of value. We use the term “investment” to describe something that pays you money. Stock ownership is an investment because it has earnings or at least the hope of future earnings. Bonds pay interest. Rental properties collect rent.

Using this definition means many items of value are not deemed investments. For example, a fur coat, original artwork, or comic book collection are not investments. Neither is a beach house reserved for private use. These items all have value. Some of them may even appreciate at a rate greater than inflation. But as a whole, they have an expected appreciation that is little more than inflation.

Holding physical precious metals may be useful at times, but it is a mistake to purchase gold for its investment potential. The diversification of modern portfolio theory does not mean buying a little of everything. Rather it means finding the most efficient blend of assets to provide the best chance of meeting your long-term financial goals.

The optimum allocation to gold is always zero because its return is too low to be a real investment and its volatility is too high to justify its low return. If you choose to purchase gold, limiting it to less than 3% of your portfolio will protect you from compromising financial goals that depend on appreciation above inflation.