In my article entitled “The Optimum Asset Allocation to Gold Is Always Zero” I wrote:

Here is a chart showing gold just keeping up (actually under performing) the official figures for inflation. It also shows the wild gyrations: 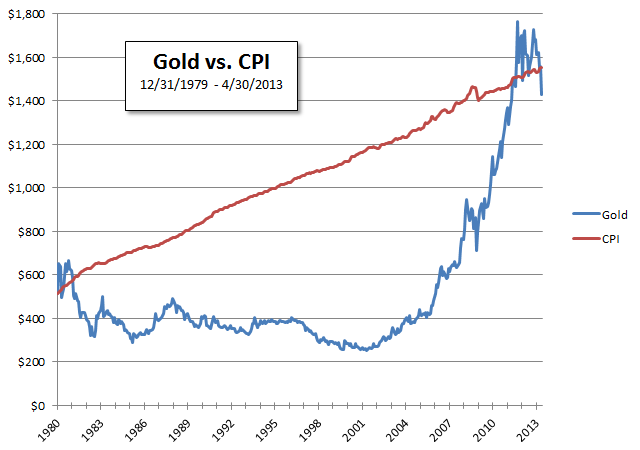 As I mentioned in the original article, “Gold and silver generally hold their value. They appreciate approximately by inflation. Little or no additional value is added. But gold and silver also rise and fall with global fears. They can be very volatile, even when measured in inflation-adjusted dollars.”