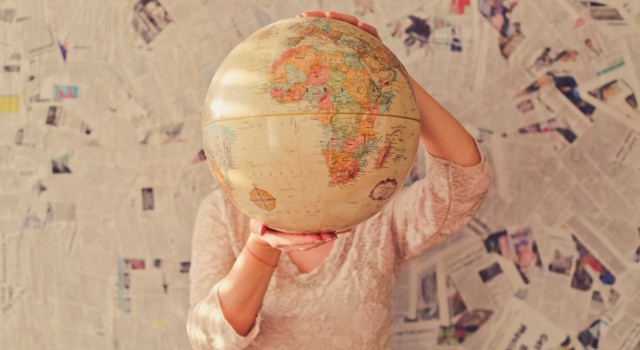 In our article “Revisiting BRIC Countries 10 Years Later” we concluded:

The latest decade of returns has caused the emerging markets to under perform the S&P 500 over the past 30 years.

The short answer is yes, it should include the emerging markets even if we were certain that it would under perform over the next 30 years. The simplistic understanding of putting everything in what you expect to go up the most ignores the rebalancing bonus available to non-correlated allocations.

Here is a chart showing the risk and return curve of blended portfolios comprised of various percentages of allocations between the S&P 500 and the emerging markets. 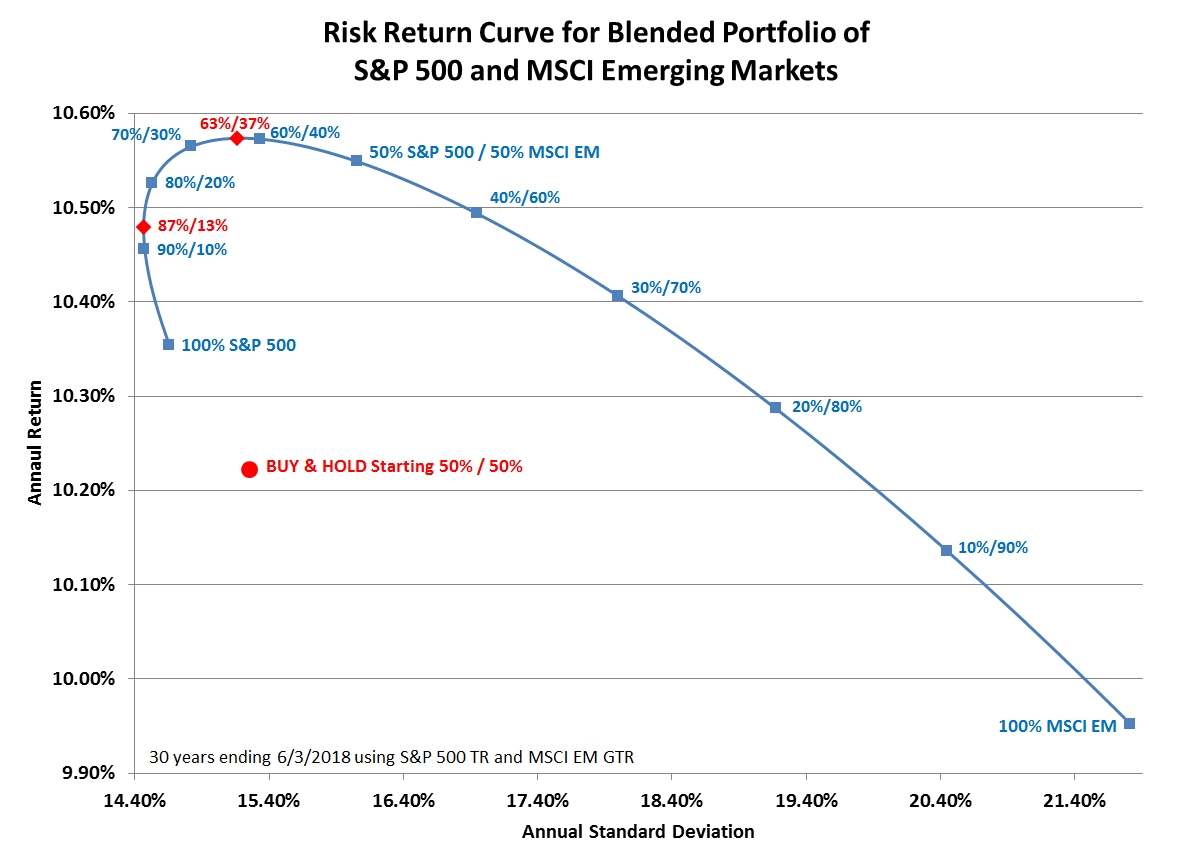 This 63%/37% allocation follows my rule of thumb. Having analyzed hundreds of risk-return curves, I observed that when you are not sure how to allocate two stock components put one third into the category with the higher expected return and volatility and two-thirds into the more stable category.

As we can see from the past 30 years, nearly any blended portfolio did better than trying to pick a winner without rebalancing. Even if you knew which category would perform the best, hedging your bets, blending an allocation, and regularly rebalancing did even better. That’s the power of the rebalancing bonus.

Given all this data, how large was the rebalancing bonus between these two indexes?

My method of measuring the bonus is to look at the returns of a 50%/50% portfolio both with and without rebalancing.

Also, an initial asset allocation of 68% S&P 500 and 32% emerging markets which was regularly rebalanced would have experienced a 10.57% annualized return, again out performing the buy and hold 50%/50% strategy by 0.35%.

Therefore, I would say that the rebalancing bonus over the past 30 years was somewhere between 0.33% and 0.35%. 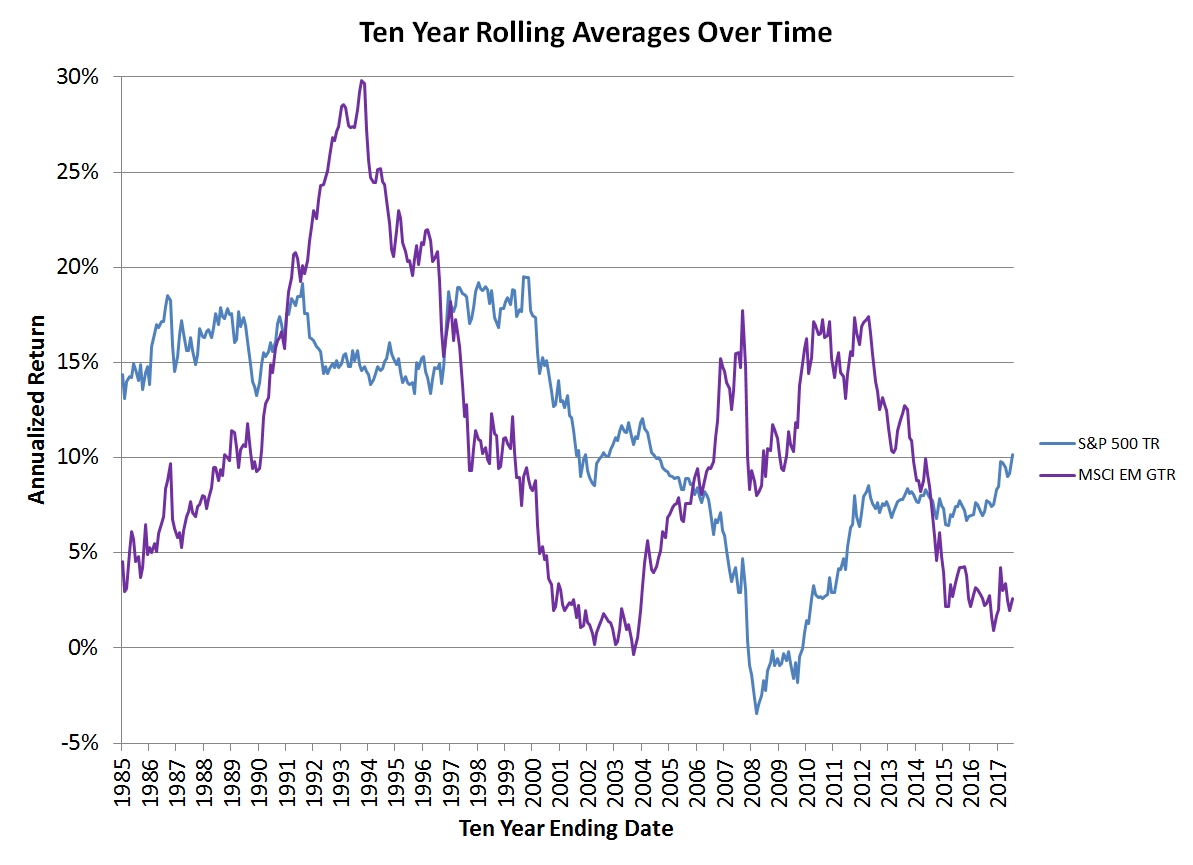 You can see from this graph that there is a lot of volatility in even 10-year emerging market returns, making the starting and ending dates of even semi-long-term measurements able to change the results. You can also see how these two indexes perform differently with the best example being during our 2008 financial crisis.

Since we don’t know which of these indexes will perform better over the next decade, I suggest blending both into your asset allocation.

Photo by Slava Bowman on Unsplash