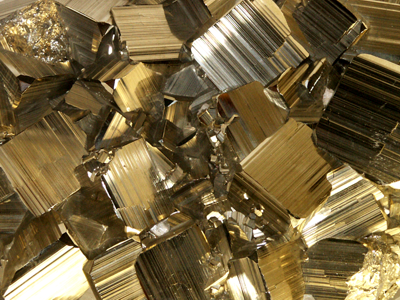 Last week gold broke $1,000 an ounce. Gold advertisers and gold investment newsletters are touting their wares as though gold only goes up in value. Nothing could be further from the truth. Gold may glitter, but it is still better to own the mine.

Over time, dollars lose their buying power, and the goods and services we buy cost more. Commodities as an asset class generally maintain their buying power in terms of dollars. Stocks as an asset class, in contrast, generally appreciate over inflation after factoring in dividends. And recently, hard asset stocks such as precious metal mining companies have been appreciating nicely.

Jeremy Siegel, author of the book “Stocks for the Long Run: The Definitive Guide to Financial Market Returns & Long Term Investment Strategies” analyzes investments over the past 200 years. Gold, on average, maintains its value over time. If you bought a dollar’s worth of gold 200 years ago, after adjusting for inflation, it would be worth $1.07 today. Because of inflation, a dollar today would only have had the buying power of about 7 cents back then! However, the stock market, on average, has been appreciating about 6.5% over the long-term rate of inflation. Hard asset stocks give you the best of both worlds: the stability of a real asset plus higher market returns.

Natural resource companies sell valuable tangible commodities. Thus their earnings are tied to inflation because their resources are worth more as the dollar declines in value. This situation can occur in times when the supply of money and credit is increased to fund government spending and budget deficits.

Consider a gold mining company in 2001 whose expenses and overhead allowed it to pull gold out of the ground for $290 per ounce and sell it for $300 per ounce, making the company a $10 per ounce profit. As the price of an ounce of gold rose 3.3% from $300 to $310, the company’s profit doubled from $10 an ounce to $20 an ounce–a 100% jump–which caused the company’s earnings and stock price to soar. Now that gold is more than $1,000 per ounce, the current price level of gold stocks is much higher than it was in 2001.

Therefore, we segment hard asset stocks into their own asset class because they have a unique set of characteristics. First, the movement of hard asset stocks generally correlates less with the movement of other asset classes such as bonds. Second, hard assets react in a unique (and positive) way to inflationary pressures. And third, in certain periods in the longer term economic cycle, including hard assets helps boost returns.

But although it is true that gold generally holds its purchasing value, it still fluctuates wildly based on other factors of supply and demand. While it does so, the part of these movements that is not just random noise is simply an inverse reaction to the value of the dollar.

In January 1980, gold reached its high of $850 an ounce. The following year my wife and I became engaged and chose modest wedding rings that were still very expensive. Note that $850 in 1980 had the same buying power as $2,184 in today’s dollars. Gold trading at $850 an ounce then was like gold trading at more than twice its current price. Those people who purchased gold in 1980 have lost over half their buying power during a 28-year investment.

A small percentage of your portfolio should be in precious metal mining companies. It provides a balance to your portfolio that you cannot gain by investing directly in gold.

Here are three mutual funds we have used for investing in precious metal mining companies. We look for a low expense ratio, a turnover ratio of under 50% and returns that capture the lion’s share of the sector’s returns.

Because of the negative correlations, our firm uses these investments and others in this sector for a small percentage of a balanced portfolio. Diversified and negatively correlated investments can help your portfolio maintain its equilibrium when the U.S. markets are losing money.