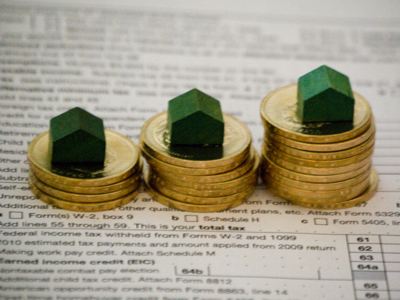 In 2010 I published a column entitled “Now’s Still the Time to Buy a House.” Investing is like chess in slow motion. It is important to review your moves to see how they turned out. Sometimes they don’t turn out well. Our prediction about real estate, however, was brilliant.

A year ago I advised, “If you are looking for an easy recommendation for an investment vehicle, try the Vanguard REIT [real estate investment fund] exchange-traded fund [ETF] (symbol is VNQ). The expense ratio is only 0.15%, and the yield is 3.6%. This is by far the simplest way to take advantage of this trend.” Using that objective measure, the 12-month return on VNQ has been 22.7% compared to the S&P 500’s return of 17.2%.

We currently invest about 23% of our allocation to hard assets in VNQ. For a typical 40-year-old, 17% would be invested in hard assets and 3.91% in VNQ. An allocation of less than 4% in VNQ may not seem like much because most people don’t have a balanced portfolio that uses all six asset classes. Our allocation to VNQ actually overweights REITs by 9.2 times the normal U.S. stock allocation.

Our typical 40-year-old allocates 32.2% to U.S. stocks. Financials represent 15.5% of the U.S. stock market. REITs represent about 9.5% of the financial sector. This means that most investors mimicking the S&P 500 have only 1.5% in REITs. And because our U.S. stock allocation is only 32.2, they would only have 0.5% of their portfolio invested in REITs. Thus our additional 3.91% allocation overweights REITs by 9.2 times.

My father’s investing advice was always “Make half a mistake.” These strategic allocations to overweight certain sectors of the economy are attempts to balance the hope of superior return against the mistake of putting all your eggs in one basket. Novice investors holding only five funds might put 20% in REITs. Perhaps that would do well, but there are many sectors to overweight, and there are gains to be made from rebalancing between diversified allocations. In fact, a study by David Swensen, chief investment officer for Yale University, revealed that their endowment earned an additional 1.6% annually simply due to rebalancing transactions.

We haven’t always been excited about investing in real estate. Early in 2005 my father George Marotta and I explained the coming subprime debacle and predicted “the bubble, if it is a bubble, could pop as late as 2006 or 2007.” Our forecast was accurate. Real estate continued to rise that year. But it was relatively flat in 2006, underperforming the markets that appreciated over 15%.

In April 2007, I wrote, “Many homeowners with adjustable rate mortgages have seen their monthly payments increase 50%, due to the higher rates. With the sudden jump in monthly mortgage payments, many are finding they can no longer afford to stay in their homes. The rate of late payments and foreclosures has continued to rise, leaving many lenders on the brink of bankruptcy themselves.” In February 2008 in my column “For Now, Avoid Real Estate Investment Trusts,” I warned again to stay out.

These dire predictions annoyed local realtors up until well after the financial implosion in July 2009 when I suggested to readers that now it was time to buy. I wrote, “Nathan Rothschild offered the contrarian advice to ‘Buy when there’s blood in the streets and sell to the sound of trumpets.’ It is time to consider buying residential real estate. The bottom is forming, although it may continue to do so through early 2011.”

Now that it is early 2011, I think we have reached the bottom and the housing market is beginning to pick back up. Personally I’ve purchased two properties in the last six months that I hope will offer good returns going forward. Buying a house is only slightly less work than having a newborn, and it is certainly much more expensive. For those who are looking to simplify their lives, I highly recommend purchasing some VNQ and going back to fishing.

Investment real estate isn’t for everyone. You shouldn’t have more than a third of your net worth bound up in real estate. For many families the home they live in provides them with more than enough real estate exposure.

A year ago I suggested you put perhaps 4% of your portfolio back in REITs and wait until early 2011 for the other half. Our firm’s investment committee has been considering the other half for a few months now. We are currently looking at Vanguard Global ex-U.S. Real Estate Index (VNQI) that invests in real estate outside the United States. This ETF only started in November 2010, so it is a relatively young fund. But the expense ratio for VNQI is only 0.35% and liable to drop from there.

Last year I wrote, “I’ve heard a number of bleak predictions for the housing market recently. Everyone is expecting real estate to underperform the stock market for many years going forward. Maybe they are right.” Now we know they were wrong.

Markets can turn quickly. There’s still blood in the street. Don’t miss this opportunity to look for a great real estate deal.