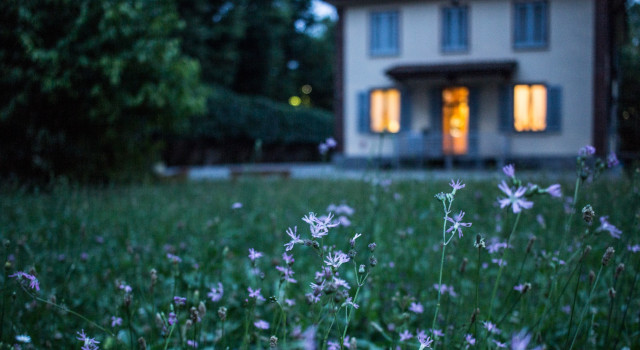 For years I’ve been annoying local realtors by claiming that real estate values were headed lower. Over the past few years, I’ve been advising young clients to rent and wait for better deals. And I’ve been suggesting that those who are holding real estate waiting for it to go back up will probably see their property decrease in value before it goes up.

Early in 2005 I coauthored the column “We Could Be in a Real Estate Bubble” with my father George Marotta. We wrote, “Home values may be peaking and ready to correct.” We explained that, “Delinquency among the less creditworthy ‘sub-prime’ market that accounts for 10% of mortgages has jumped to 8.07% from 4.5% in 1999. Delinquencies on FHA loans that make up about 15% of mortgages are at a 30-year high of 11.8%.

“As a result, Americans’ equity in their homes, net of debt, has dwindled to 57%, compared with 85% a half-century ago. But those are averages. Thirty-nine percent of homes are owned free and clear, but the remaining homeowners have average debt burdens exceeding 80% of the value of their homes. Mortgages over 80% of the value of the home offer little margin of safety should home prices level off or should they fall as much as 20%.”

We ended the column with this prediction: “What can be suggested is that the housing prices boom shows signs of weakness, and that they may correct or at least underperform for the next few years. Higher interest rates will slow housing growth in 2005, but the bubble, if it is a bubble, could pop as late as 2006 or 2007.”

Our prediction was accurate. Real estate continued to rise through 2005. But it was relatively flat in 2006, underperforming the markets that appreciated over 15% that year.

Two years later, in “Breaking Spaghetti: A Seven-Year Financial History,” I wrote, “Many homeowners with adjustable rate mortgages have seen their monthly payments increase 50%, due to the higher rates. With the sudden jump in monthly mortgage payments, many are finding they can no longer afford to stay in their homes. The rate of late payments and foreclosures has continued to rise leaving many lenders on the brink of bankruptcy themselves.”

Again, the prediction was accurate. In 2007 the Cohen & Steers Realty Majors Index turned negative, losing 18.03%. Residential real estate did even worse. Apartments suffered one of the largest declines, down 25.4%.

Since then, real estate has continued to decline. The Charlottesville Area Association of REALTORS reported that real estate prices declined 8.5% during the first two quarters of 2009 compared with the first half of 2008. The median home price fell to $247,000, a drop of $22,900 over the first half of last year. Midyear sales were down 28% compared to the same period last year.

Although inventories have started to contract slightly, the average days on the market stands at 125, well above a healthy market average of 90 days. Homes priced above $1 million are spending nearly 226 days on the market.

Nathan Rothschild offered the contrarian advice to “Buy when there’s blood in the streets and sell to the sound of trumpets.” It is time to consider buying residential real estate. The bottom is forming, although it may continue to do so through early 2011.

So this is the time when you should be looking for deals, which must begin with sound planning. I’m going to give you four pieces of important advice.

First, don’t be afraid to make a radically low offer. Even 50% of the asking price is OK if that’s what you think it is worth. Foreclosures are going for 20% or 30% of the assessed value in some regions of the country. In this market, if your first offer is accepted, you probably bid too high. When we purchased our house in Charlottesville in 1990, it took seven offers and counteroffers before we reached agreement with the owners.

Second, be patient. Some remarkable deals will be available over the next two years but only for those who are patient, amenable to making a ridiculous offer and willing to walk away. With 3,600 active listings, you can afford to wait for a deal.

Third, know how to structure your purchase to maximize your tax savings. First-time home buyers are eligible for an $8,000 refundable tax credit if the purchase is made before December 1, 2009. As long as you have not owned a house during the past three years, you are eligible for first-time home buyer status. The credit is refundable, meaning the IRS will write you a check even if you don’t pay taxes. Phaseouts start at $150,000 for married couples and $75,000 for other taxpayers.

To receive some of that government money, it doesn’t matter who pays the mortgage. You may want to consider helping your children or grandchildren buy their first home so they can receive the tax credit. The laws are complex enough that you should talk to a comprehensive financial planner to structure the best intergenerational financial plan and maximize everyone’s tax rates and itemized deductions.

Finally, be sure not to miss out on the low mortgage interest rates. But don’t buy down any points. Most families do not keep their homes long enough to justify the cost of buying down the interest rate on their mortgage.

My parents’ mortgage when I was growing up was at 4.00%. I never thought rates would get anywhere near that low again. When my wife and I bought our first home, we were able to assume a 12.5% mortgage when rates for new loans were at 18%. Today you can get a 30-year fixed mortgage with no points for as low as 5.0%. Rates are at historical lows, so the next few years are the time to take advantage of them.

There’s blood in the street, so don’t miss this opportunity to look for a great real estate deal.

Photo by Valentina Locatelli on Unsplash