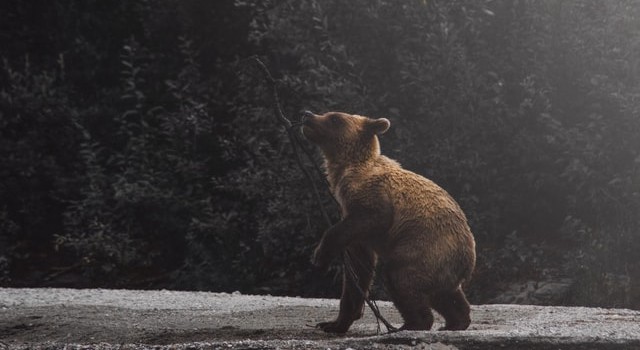 The S&P 500 saw an intraday bear market today, dipping greater than 20% from a prior high and then correcting back before the day’s close.

Since 1950, there have been exactly ten Bear Markets (not including this one) in the S&P 500 Price Index. Only one of these turned into a stock market crash. The others stopped dropping before the loss from peak to bottom was greater than 50%.

Although you might think that only this many Bear Markets over 70 years makes its occurrence uncommon, each bear market lasts about 3.3 years from peak to bottom and back to full recovery. In fact, the S&P 500 spends 18.19% of the time with losses of 20% or greater from some previous high. That means that, on average, 66 days of each year the S&P 500 Price Index is down more than 20% from some previous high.

Even though it spends so much time down, the stock market still trends upward and is a powerful financial asset for those wise enough to remain invested and diversified during all kinds of economic movements.

A little over two years ago between March and August of 2020, we were in and recovering from the 2020 COVID Bear Market.

When the market goes down, people like to ask why it is down, and everyone has their favorite reason. This time around, one narrative is that stocks were getting overvalued and were due for a correction. Another is that there is slowing GDP growth with recessionary fears making investors doubt earnings projections. Another is that there is a rising interest rate, making investors pull out of stocks to invest elsewhere. Another is that inflation and price increases are requiring more investors sell to generate cash for lifestyle needs. Others are the war in Ukraine, the state of the Chinese economy, or “investor panic.” In reality though, none of these narratives are right.

Stock price is determined by the supply and demand of the free markets through market makers. The market goes down when there are more sellers than buyers. Historically, all the stated narratives have been true while the market was still going up. The market doesn’t follow the logic of our stories. Instead, the value of a stock is simply what people are willing to pay for it.

Like the whims of the crowd who make it, the stock market is inherently volatile.

The stock market price is like the tip of a whip being cracked by someone on an escalator. You’ll get dizzy tracking the tip of the whip, but if you take a long-term perspective and watch the escalator, you’ll be able to relax and enjoy the ride.

This analogy sometimes makes people wonder, “The markets can’t go up forever, can they?” However, the answer to that question is, “They have so far.” There have been corrections, bear markets, and even a crash along the way, but history tells us the markets trend upward like an escalator.

This upward trend since its creation is one reason why very few require or even ask for a narrative when the markets go up.

Photo by Olen Gandy on Unsplash. In our first publishing we incorrectly stated the the relative bottom of the last bear using March 31, 2020’s closing.