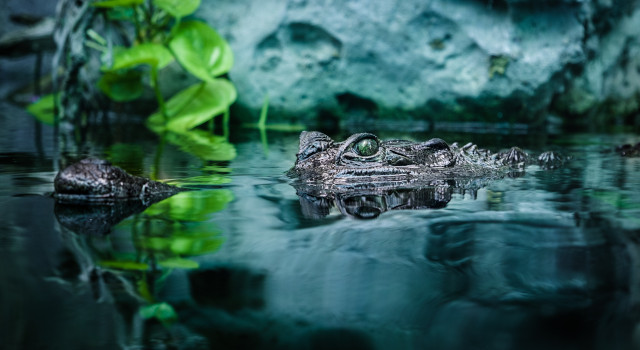 Suppose you have a medical problem that can be solved in two ways. You can make a few diet and lifestyle changes or you can take prescription medicine. The clinic where your doctor works makes money off prescribing the particular medicine you could take. Further, the clinic incentivizes your doctor by giving him a bonus every time he prescribes this medicine.

In employer-sponsored retirement plans, your doctor would be a “disqualified person” (a person providing services to the plan), and prescribing the medicine from which he profits would be a “prohibited transaction” (he could go to jail for doing it).

These rules were in place for good reason. Disqualified persons cannot be expected to make a fair deal with the retirement plan when incentives pull them in the other direction. Self-interested parties cannot make a deal which benefits themselves without cheating the plan.

In December 2020 with a stroke of regulatory fiat, the Department of Labor made these transactions perfectly legal, even though previously they would have sent your 401(k) manager to jail. This new exemption throws 401(k) participants under the bus.

The new rule offers a prohibited transaction class exemption for investment professionals, including RIAs, broker-dealers, banks, insurance companies, and their employees, agents, and representatives that are investment advice fiduciaries.

Under the exemption, financial institutions and investment professionals can receive a wide array of payments “including, but not limited to, commissions, 12b-1 fees, trailing commissions, sales loads, mark-ups and mark-downs, and revenue sharing payments from investment providers or third parties,” according to the text of the newly finalized rule.

If you are a fiduciary, no amount of protestations of innocence are allowed. (See What is a Fee-Only Fiduciary?) You cannot self-deal with the plan. You can be charged with breach of fiduciary duty and go to jail. Except when the Department of Labor gives you a “get out of jail free exemption.” As the Federal Register records:

Under the exemption, Financial Institutions and Investment Professionals can receive a wide variety of payments that would otherwise violate the prohibited transaction rules, including, but not limited to, commissions, 12b-1 fees, trailing commissions, sales loads, mark-ups and mark-downs, and revenue sharing payments from investment providers or third parties. The exemption’s relief extends to prohibited transactions arising as a result of investment advice to roll over assets from a Plan to an IRA, as detailed later in this exemption. The exemption also allows Financial Institutions to engage in principal transactions with Plans and IRAs in which the Financial Institution purchases or sells certain investments from its own account.

Here are the Investopedia definitions of seven kinds of payments that used to violate the prohibited transaction rule:

According to the press release (emphasis added), “Absent an exemption, a fiduciary may not deal with the income or assets of a Plan or an IRA in his or her own interest or for his or her own account, and a fiduciary may not receive payments from any party dealing with the Plan or IRA in connection with a transaction involving assets of the Plan or IRA.” However, the exemption is now widely available.

The Department of Labor’s press release explains their exemption:

These prohibited transaction provisions of Title I and the Code generally prohibit fiduciaries with respect to “plans,” including workplace retirement plans (Plans) and individual retirement accounts and annuities (IRAs), from engaging in self-dealing and receiving compensation from third parties in connection with transactions involving the Plans and IRAs. The provisions also prohibit purchasing and selling investments with the Plans and IRAs when the fiduciaries are acting on behalf of their own accounts (principal transactions). This exemption allows investment advice fiduciaries to plans under both Title I and the Code to receive compensation, including as a result of advice to roll over assets from a Plan to an IRA, and to engage in principal transactions, that would otherwise violate the prohibited transaction provisions of Title I and the Code. The exemption applies to Securities and Exchange Commission – and state-registered investment advisers, broker-dealers, banks, insurance companies, and their employees, agents, and representatives that are investment advice fiduciaries.

Allowing commissioned advisors to receive compensation as the result of prohibited transactions imperils the very definition of being a fiduciary.

Now investment professionals can self-deal in all of these ways, ignoring most of the fiduciary requirements and making as much money as they can off an unsuspecting public.

Broker-dealers can now ignore the fiduciary standard and continue their business model of gouging clients.

These seven new exemptions are symptoms of a much larger problem. Many commission-based agents don’t know how much their companies profit from their actions. Nor are they cognizant of how much they cost their clients because they are required to choose from the small number of commission-based funds from which they profit. This is all part of the trouble with 401(k) plans run by salespeople.

In this press release, the Department of Labor is misusing the term fiduciary as “someone responsible for a 401(k).” Being responsible for a 401(k) doesn’t make you a fiduciary. Neither does following all the rules and taking advantage of all the exemptions. Fiduciaries are bound by principle to avoid self dealing. Fiduciaries aren’t regulated by rules or concerned with what they can get away with legally via an exemption. Fiduciaries should still be bound by their fiduciary oath to ignore these rules and refrain from self-dealing.

On account of these dilutions to the very definition of “fiduciary”, limit your selection to a “fee-only” fiduciary. Fee-only prohibits making any money from these so-called exemptions.

Being a fiduciary means more, regardless of what the Department of Labor might write in their press releases.

Photo by Timothy Perry on Unsplash