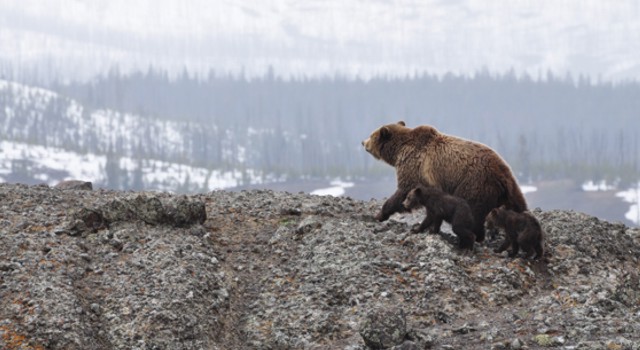 The market peaked on November 28, 1980 just 24 days after the 1980 Presidential election in which challenger Ronald Regan defeated incumbent Jimmy Carter. Inflation was at 13.58%.

In 1979, President Jimmy Carter had appointed Paul Volcker as Chairman of the Federal Reserve. With inflation running double digits the Federal Reserve under Volker raised the federal funds rate from 11.2% to 20% by June of 1981.The intent was to break the inflationary spiral within the United States. But raising the federal funds rate also made it more difficult to borrow money. This helped cause the 1980-1982 recession and a national unemployment rate of over 10%. As a result, the Bear Market of 1982 could be called Volker’s Bear.

For those who did not live through those days, they were some of the difficult days of the Cold War. Carter had rejected the policy of detente and pressed the Soviet Union regarding their internal human rights violations. In January of 1980, Carter curtailed trade with the Soviet Union and place an embargo on sending them grain. Eighteen days later, the Soviet Union arrested civil rights activist Andrei Sakharov. In June, Carter required all young men 18-25 years old to register for a military draft. That summer, Carter organized a boycott by 66 countries of the Summer Olympics in response to the Soviet invasion of Afghanistan.

Other quieter headlines of those years include the beginning of new services and technologies such as the the Global Positioning System (GPS),Pac-Man and Donkey Kong, ENQUIRE (the beginning of the work which resulted in the World Wide Web ten years later), the DIX standard for Ethernet, Compact Discs (CDs), and the introduction of the IBM Personal Computer. These milestones would impact the stock market far more than the political worries.

By the time the stock market had bottomed, inflation had been reduced 8.54% and was only 5.04%. 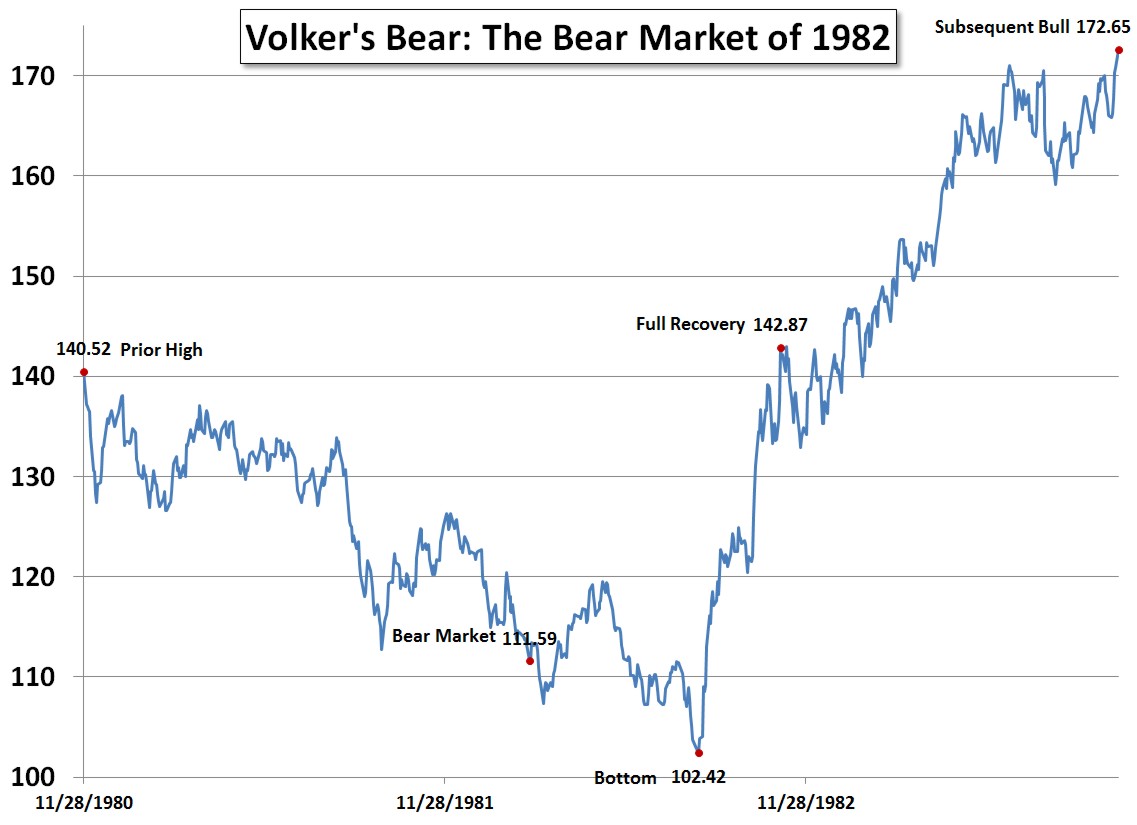 After bottoming, the market fully recovered its prior peak just 83 days (2.8 months) later on November 3, 1982. That day the Dow Jones Industrial Average surged 4.25% settings its first all-time high in more than 9 years since January 11, 1973.

After recovery, the market continued its upward trend for an additional 11.4 months.

During the total recovery from the bottom, the markets experienced an annualized return of 56.80%.

The quick recovery after Volker’s Bear shows that economic hardships do not require government stimulus or low interest rates to aid recovery. In fact the government “solution” which worked such wonders during this time period involved raising interest rates, lowering taxes, and removing regulation. This Bear Market also shows that even when the economy is in the midst of double-digit inflation and double-digit unemployment, it is still better to be invested than not. This was a market where it was better to get into the market a year too early than a month too late.

Photo by Adam Willoughby-Knox on Unsplash