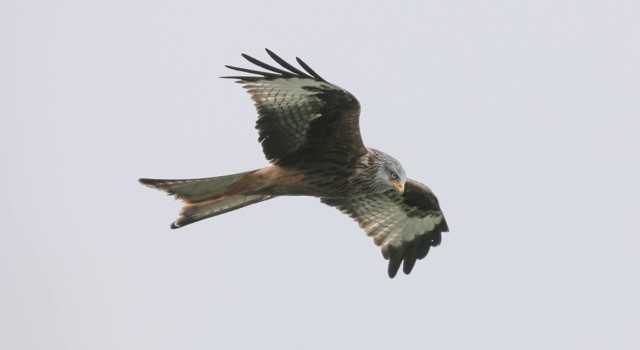 For the many investors glued to the news, the markets appear to be dropping uncontrollably and unstoppably. It doesn’t appear rational, and they worry it could go to zero. From high to low, losses have halved account values. Waiting appears foolish, and selling seems cowardly. When will the markets stop dropping?

U.S. credit market debt is at an all-time high. It has grown from 250% of gross domestic product (GDP) a decade ago to more than 350% this year. Even 250% a decade ago set highs we hadn’t seen since the Great Depression. The problem has not been the federal deficit, which has actually shrunk from 46% to only 37% of GDP. The primary problem has been borrowing, both by our financial institutions and by households. These two components (domestic financial debt and household debt) have both risen dramatically.

Domestic financial debt rose from 64% of GDP to 114% over the past decade. Financial institutions leveraged because it meant they were making more money. Borrowing money and putting that money to work translated to bigger profits in a rising economy.

Household debt was the second biggest increase. It rose from 66% of GDP to 100%. Savings rates dropped and spending rates soared.

The debt was fruitful and multiplied.

At this point the bank had $27 in cash reserves and $244 in outstanding loans. This situation was the United States a decade ago. Nobody wanted dollars while profit could still be made by keeping the money moving.

Lamech bought a couple of wedding rings from Jared, who put the money back in the bank. The bank loaned Jubal $59, who bought wood from Noah to make a lyre.

At this point the bank had $41 in reserves and $369 in outstanding loans. There appears to be $410 of wealth, and if there had been a stock market back then it would have been at an all-time high.

The number of dollars flying around is so high that people would rather have stuff than dollars. The line of Seth was preparing for a rainy day, but the line of Cain, so long as the velocity of money continues and no one tries to lower their debt or deleverage everything, will appear normal, perhaps even better than normal.

And then the rainy day came, and the bank asked everyone to pay them back.

A day of reckoning always comes when people use debt to leverage their investments. Only those who have assets will survive the deluge intact, and even the savers will not avoid getting wet. It is as if being debt free is your boarding pass for entering the ark. A little rain, and suddenly no one wants fancy jewelry and musical instruments. The only thing people want is cash to pay off their bank debt. Their very survival depends on it.

Highly leveraged financial institutions are going out of business, and the marginally leveraged ones are scrambling to pay down some of their debt in advance of the rising water. They are selling whatever they can to raise money. Individuals who enjoyed using their mortgages as ATM machines are now in danger of losing their homes. People used to be willing to pay $140 for a barrel of oil. Now they would prefer $60 cash instead.

Diversification among household contents did not help because the financial institutions that are deleveraging also owned a nice diversified portfolio. Nothing is fundamentally wrong with couches, china and plasma TVs. The problem is that when a nation is deleveraging, everyone wants cash to pay off their debts. When you look down the block, it seems like every other house is having a yard sale.

The contrarian move is to look for an antique dining room table for $30. Buy it, store it in your basement for a few years and then sell it for a nice profit. Your neighbor desperately wants the $5. If you sell your couch for $5, you are investing in cash. You are betting that one of your neighbors is going to want $5 tomorrow even more than he wants $5 today. You are getting $5 today and offer that $5, hoping to get something even more valuable than a couch for it.

In other words, you are generating cash with the expectation that if the markets drop further you will put the money back into the markets and get some good china for it.

Many seasoned investors are fearful, which drives them to get the $5 one way or another and never buy household goods again. That is not a wise long-term plan. It is easy to get out of the markets, but it is difficult knowing when to get back in. Investor psychology tells us people won’t get back in if the markets drop lower. They simply stay out until the markets show signs of recovering. And “recovering” means waiting to get back in until the markets have risen considerably higher than the point at which they got out.

Second-guessing the markets is especially difficult because they are a leading rather than a lagging indicator. They change direction long before the underlying fundamentals of the economy. Studies suggest that the markets start to go up 9 months to a year before the economy begins to recover. That means the markets may be bottoming out now in the expectation that the economy will recover in the third or fourth quarter of next year. As financier Warren Buffett recently wrote, “What is likely is that the market will move higher, perhaps substantially so, well before either sentiment or the economy turns up.”

With market volatility and deleveraging pushing the markets to irrational lows, the corresponding recovery could be an equally volatile snap-up in some sectors. Missing the upside could be costly.

As an investor, you should always have five to seven years of spending in relatively stable investments. The remainder of your portfolio should be able to weather the duration of even this tsunami. If you don’t need to sell your couch to deleverage, sit on it. And if you are especially contrarian and courageous, buy your neighbor’s antique dining room table.

Photo by James Padolsey on Unsplash