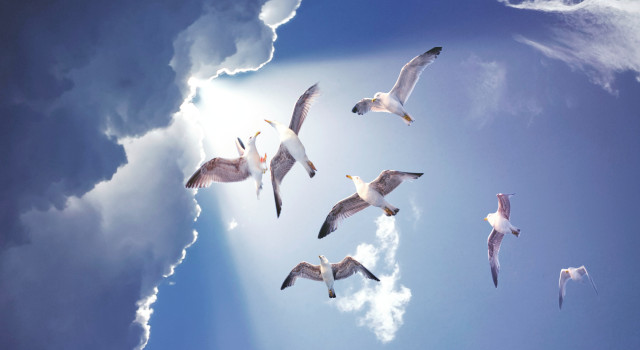 For many investors glued to the news, the global outlook appears to be perilous with no prospects of growth for the world economy.

What makes the market drop?

The stock market goes down when there are more people selling stocks than buying stocks. For every stock listed on the New York Stock Exchange there is at least one company (and often several) who act as a market maker. A market maker is a firm that stands ready to buy or sell a particular stock on a regular and continuous basis at a publicly quoted price.

Similarly, sometimes there are more people who want to sell a stock than buy it. Every time someone sells, the market maker must buy it. Once they do, they can also move the bid and ask prices down slightly. As the price the market maker is willing to pay for a stock goes down, fewer and fewer people are willing to sell at the lowered price. Thus, the market maker will not need to spend piles of cash buying up unwanted stock.

Market makers have to buy stock as long as people want to sell it. They also have to be able to sell stock as long as investors want to buy it. Their ability to move the price provides the negative feedback to allow them to make the market, no matter how many buyers and sellers there are.

Why are people selling stocks?

Any explanation of why people are selling stock is, at best, a guess. Yes, I am sure that some people think that the coronavirus COVID-19 will cause a global recession and are selling stock out of fear that the market will drop further.

If this narrative were rational, investors would be judging that a coming recession will cause gross domestic product (GDP) to decline and corporate earnings to drop by as much as 19%. Recessions are common, but large recessions are not. During the so called “Great Recession” of 2007-2009 GDP dropped just -5.1%. The recession during the early 2000s experienced a GDP drop of just -0.3%. Historically, recessions are any two consecutive quarters of any measure of shrinking GDP. Recessions happen, on average, every 5.6 years. They are common, but are also relatively mild. There hasn’t been a United States recession larger than 19% since 1929.

In truth, short-term market movements are often based on a news narrative and not based on forward earnings projections.

Robert Shiller describes the process by which a strong narrative can move economics in September 2019 while talking about his new book, “Narrative Economic: How Stories Go Viral and Drive Major Economic Events“:

“Ultimately I think its contagion of the stories. Stories don’t have to be truthful or good or inherently interesting. All they have to do is go viral. There has to be some contagion right at a moment in time that brings them in excess of the recovery rate. In my book I talk about perennial economic narratives that repeat themselves through time with mutation that brings them up to date, but there’s some stories that are inherently motivating and you keep seeing them coming back.”

It is interesting that Shiller used viral contagion as his metaphor for how a narrative can take over the news cycle and cause fear and panic long before the coronavirus. On Monday, he was quoted as saying:

In 2016, I wrote about “The Narrative Fallacy” and gave “Examples of the Narrative Fallacy” in everyday market news. Neither of these articles proved popular despite my thoughts at the time that this was one of the more important principles for dealing with the financial news cycle. This is a prime example of when to be an informed consumer of investment media, the strongest suggestion of which is to avoid it entirely.

Are we in a Bear Market?

A drop of over 20% is called a Bear Market, and is also relatively common. As of Monday the market had not dropped into a Bear Market, but on Wednesday it became one. Even so, Bear Markets are nothing to be feared.

The market is usually not making a new high. And, when the market is trading below some prior high, how far down can be measured.

The reverse is impossible.

You can’t measure how far up the market is from some prior low, because on average the market goes up. The further back you go, the more the market has gained from that point. The market can set new highs, but there is no such thing as a new low. As a result, Bull Markets are simply defined as the time between Bear Markets.

Since the S&P 500 reached a new peak on February 19, 2020, it may take until August 19, 2025 before the market settles back above that value never to go below it again. This is normal market movements.

Should you be invested?

You might think that if the market takes over five years to set and keep a new high it is better not to be invested, but that would be a mistake.

Once the market has dropped into a Bear Market, subsequent returns are often well above average. A Bear Market is an opportunity to rebalance, selling some bonds and buying additional stocks.

Rebalancing your portfolio after a Bear Market is different than the strategy of “Buying On The Dips.” Buying on the dips usually involves keeping cash on the sidelines until the market corrects. But statistics show that while subsequent weekly returns are an above average 0.23% after a negative week in the markets, after a positive week the subsequent week’s returns are still a positive 0.12% on average.

Back in 2015 in the article “What To Do When The Stock Market Drops 1800 Points,” I quoted Barry Glassman in a letter to his clients:

At Glassman Wealth, our plan is to do nothing. This doesn’t mean that we haven’t been preparing our portfolios all along, it means that we’re not going to panic when the time comes. …

I’m not going to guess whether the next move in the market is 10% up or down, I just know that at some point a correction will come. When it does, an 1800 point drop will feel terrible, the news will be covering it 24/7, and we’ll stop talking about the Nats because everyone will be talking about the stock market.

Well, we had drop over 1,800 points. It feels terrible. The news is covering it 24/7. Should we panic and get out of the markets? You would do better to do nothing.

What should you do?

Rebalancing is a contrarian move. In “David John Marotta: What Is A Contrarian?” I wrote:

A contrarian is an investor who buys a category when most others are selling and sells when others are buying. A contrarian doesn’t chase what is hot, but is often buying a category that has recently underperformed.

Major news sources move markets just by the tone of optimism or pessimism they adopt. The financial news is often focused on daily price movements and like all sports trivia, it tends to emphasize winning or losing streaks.

Stock prices can move on very low volume if the volume is all in one direction. Even if the vast majority of those who hold stocks are continuing to hold them, if even a few investors are motivated to buy or sell the price moves significantly.

In the long term, the markets are brilliant at setting appropriate stock prices. In the short term, though, they have the IQ of a gnat. There is so much opportunity in the markets that even conservative investors get swayed by the siren songs of greed or fear. The strait between Sylla and Charybdis is a narrow path safely navigated only if you have a nymph like Thetis to guide you.

In the financial world your Thetis is a long-term investment strategy and discipline that purposefully avoids moving in one direction. Not following the crowd is the definition of being a contrarian. And the cornerstone of being a contrarian is rebalancing your portfolio regularly.

The crowd is usually wrong and while following the herd mentality may be useful in some situations, equity markets are not one of them. No short-term result (less than five years) should cause you to abandon a brilliant long-term strategy.

As we like to say, it is always a good time to have a balanced portfolio.

Photo by Hakan Tahmaz from Pexels