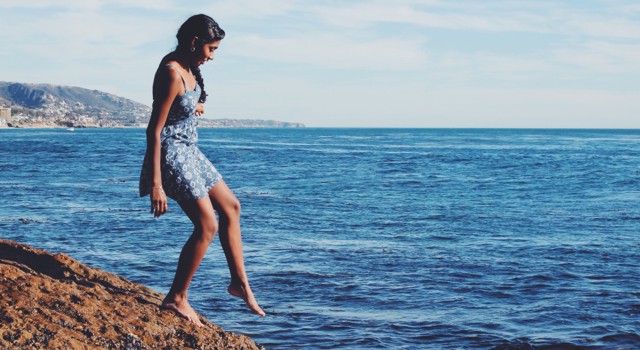 Among the folk wisdom about how to invest is the idea that investors should make their investments after they have dropped in value. This philosophy is encapsulated in the adage, “Buy on the dips.”

“Buying on the dips” assumes that there is fair value around which the market price is oscillating. It assumes that when the price dips too low there will be a reversion to the mean. This reversion, it is assumed, will cause the price to rise faster after a dip in price. Day traders who watch a stock’s gyrations look for a channel of valuations that the stock is moving within. Then, they try to buy the stock when it is at the bottom of the channel and sell the stock when it is toward the top of the channel. They argue that they can make money even when the stock price doesn’t on average rise.

It is difficult to evaluate an investment strategy that is vague. As soon as I make it concrete enough to analyze, there will be investors who will suggest that I am not “doing it right” and, if I only used their complex judgement, I would see the value in the approach.

“Buy on the dips” is extremely vague. It does not state how large of a dip to look for or over how long of a time period should trigger the buy. Nor does it specify from where the money we are using to purchase stocks is going to come. 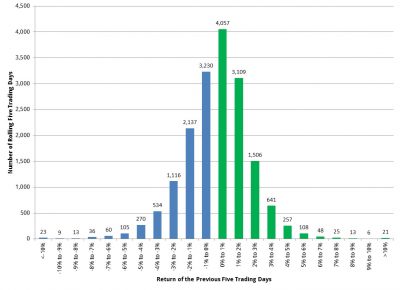 The first step of the analysis was to group the previous 5 trading days by 1% movements. Over 98% of the rolling five-day returns fall between -6% and 6%. In this frequency graph, you can see that, on average, the stock market rises just a little bit (between 0% and 1%) each rolling five days. The average weekly rise is about 0.17%.

With all the rolling 5 trading days grouped, I can then compare those 5 days to the 5 days of the next week.

Here is a graph showing for each of the previous five-day returns what the subsequent 5-day return was: 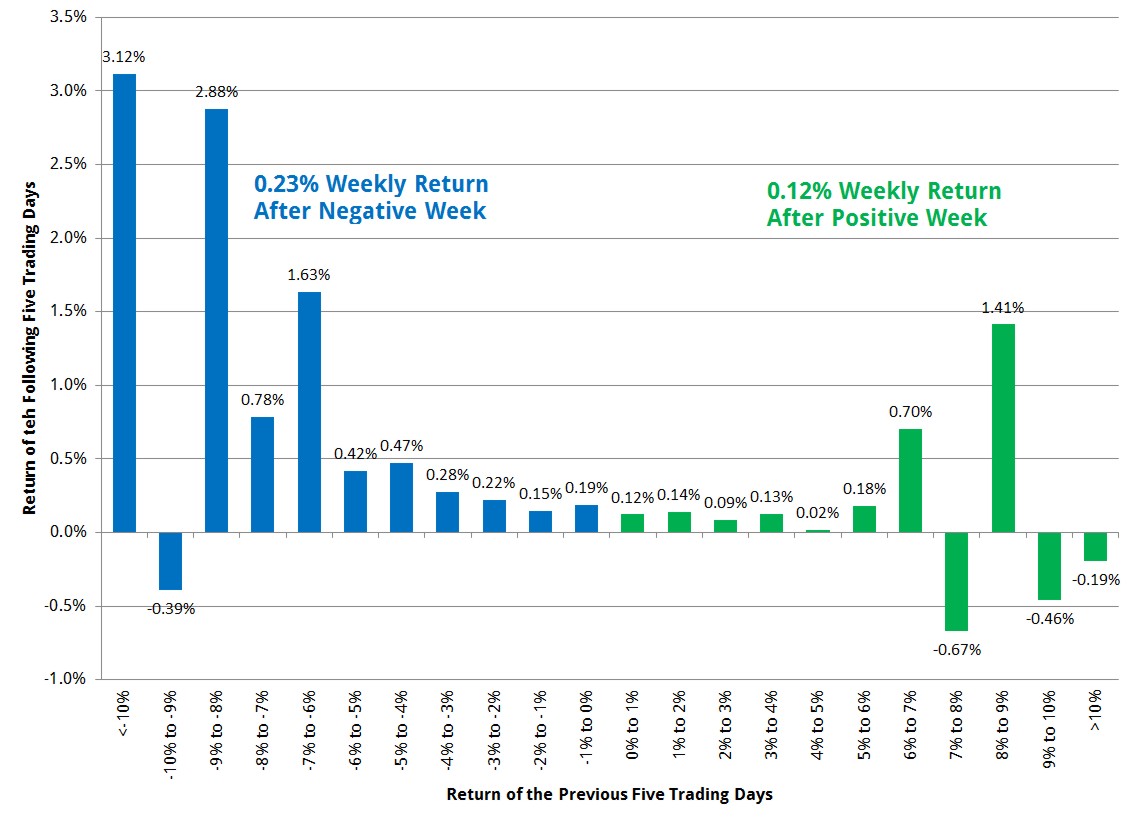 The extremes of this graph (toward the left and right sides of the graph) have some wild average returns the week after there were wild returns. This is partly because they are represented by a very small number of rolling 5-day returns. Less than 2% of the rolling weeks fall outside of the -6% to 6% range of returns. For example, the -10% to -9% return of the previous five trading days is represented by just 9 periods out of a total of 17,368. Similarly the entire set of weeks with a return over 7% are represented by just 0.0037% of the total returns. Perhaps the best that might be said is that when the markets have been volatile for the previous 5 days they are liable to be volatile again, but on average that movement will still be positive.

I looked at many of the buy-on-dip advocates. Their argument was basically after a significant drop, stock prices look more attractive and have a higher expected mean return. And yes, that appears to be true. When the price randomly drops, the price per earnings makes the investment look more favorable.

But this is an argument for rebalancing, not waiting for dips to invest.

On average, rebalancing sells what has just gone up and buys what has gone down. Coupled with the expected averages, what you are selling (because it has gone up) might have a 0.11% lower expected return over the next week than what you are buying (because it has gone down). The formula to compute the benefit from this rebalancing would depend on a complex formula of what percent of your investments is being moved, how frequently the two investments have moved in different directions, how frequently the two are rebalanced, and how large the volatility of their movements.

I set up a very modest sample of two investments which moved in sync with one another 80% of the time (a correlation of 0.8). Most weeks they appreciated exactly the average 0.17%. Two weeks out of ten they vary by plus or minus 2% alternating which investment did better and the following week the down investment appreciates by 0.23% and the up investment by only 0.12%. The mix that rebalanced weekly out-performed the mix that did not rebalance by 0.22% annually. And the greater the variance between the two investments the greater the rebalancing bonus.

When in doubt, the right answer is nearly always “Rebalance.” If you have money that should be invested in the markets, invest it as soon as possible.

“Buy on the dips” is a good strategy only because of the first word.

We believe it is always a good time to have a balanced portfolio. You should not hesitate to buy because the market has dipped any more than you should hesitate to invest when the market is making new highs. The market makes a new high about 18 trading days every year, but on average the market continues to go higher anyway.

Photo by Christopher Sardegna on Unsplash