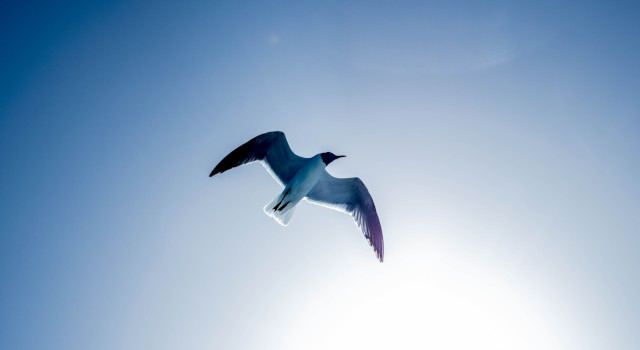 On Thursday, December 19, 2019, the S&P 500 Price Index closed above 3,200 for the first time in history. It marked the 31st record close of 2019 and its third 100 point milestone for the year. Average investors don’t know what to make of such news stories. Some think such a Bull Market bodes well for stock investments. Others think the market makes new highs before it dips. Neither position is warranted.

We can measure when the S&P 500 Price Index sets a new high, but there is no such thing as a new low. The markets have continued to trend upward for hundreds of years. When people question, “Well, the market can’t just go up forever, can it?,” the correct answer is, “That is what it has done so far, with bear markets and crashes along the way up.”

Investors currently enamored by the decade of U.S. stock returns since the March 2009 bottom of the Financial Crisis have forgotten the prior decade when U.S. stocks performed so badly.

The average number of times the S&P 500 crosses a new hundreds value is 25, taking on average 5.5 years in the process.

On average after crossing a new high, the S&P 500 crosses that new high a total of 25 times over 5.5 years. This is normal.

This normal volatility is one of the reasons we recommend having at least 5 to 7 years of safe spending in bonds. The markets are volatile over short periods of time.

If that level of volatility isn’t your expectation, you are not yet familiar with normal volatility in the markets.

Here is a complete guide to the S&P 500 Price Indexes crossing 100 point milestones: 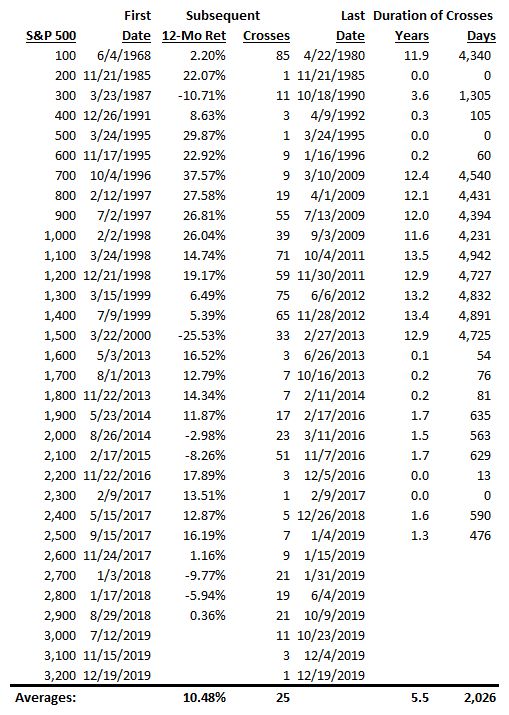 A 20% Bear market at the current level of the S&P 500 Price Index would bring the S&P 500 down to 2,560. Bear markets are part of normal expected volatile stock market returns. Thus, I have left out the duration of crosses for any value which is less than 20% below the S&P 500 current value.

Photo by Alina Strong on Unsplash