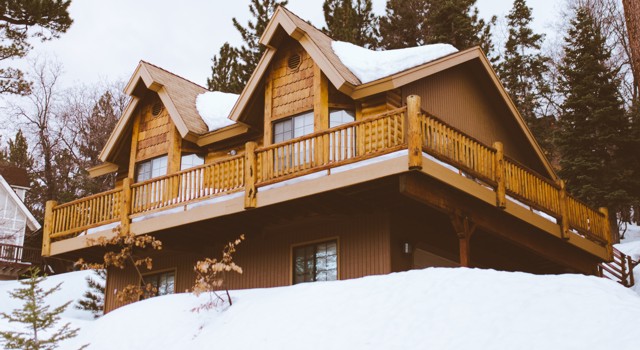 If you own two homes, sell the one you are living in and move into your second home as soon as possible. Tax changes taking effect on January 1 will make owning a second home much less attractive in 2009. As a result, the already depressed market for vacation homes will deflate even more.

Previously, any capital gains on your primary residence were excluded up to $250,000 for singles and $500,000 for couples. A primary residence was defined as any home you had lived in for two of the previous five years. The “prior rule” gave seniors moving to a new residence three years to make the move permanent. During that time they could still sell their original residence and take advantage of the exclusion.

With the new rule, primary residence is not something you can qualify for. Rather it is just a percentage of the time you live there.

The new law eliminates the capital gains exclusion, prorated on the amount of time a home was not your primary residence. After January 1, every day you aren’t living in a home starts adding to the percentage of capital gains tax you will ultimately be obliged to pay.

These are the same capital gains that President-elect Obama promised during his campaign to raise from 15% to 28% on the most productive citizens. Some states (e.g., California) tax capital gains at ordinary income tax rates, adding an additional 9.3%. So people who make significant contributions to society could easily be facing taxes of 37.3% on gains that are mostly inflation.

This isn’t just a problem for the wealthy. You can be pushed into the top 1% of income tax payments simply by selling a house in California. Middle-class couples routinely get hit with unexpected taxes selling a home with capital gains well over the $500,000 exclusion. Because it is not a onetime exclusion, couples who have stayed in the same house for 40 years get socked with the tax, whereas couples who move every decade have multiple chances to realize smaller gains that are under the limits. People who move frequently shouldn’t be rewarded with a tax break.

Here’s another factor to consider: Home appreciation is mostly inflation. Taxing government-created inflation as so-called gains isn’t fair. Even according to the official inflation numbers reported by the government, the equivalent of a million-dollar home today was a $179,154 home in 1970. Calling the $820,846 inflation a capital “gain” is ludicrous.

Class envy is equally mindless. Capital gains on real estate affect your finances even if you don’t own a second home. The housing market isn’t segmented into primary and secondary residences. What depresses the values on second houses depresses the value of all homes.

The second-house class is the very group that could have helped shore up today’s slumping housing market. Speculators who would have bought real estate at the current depressed prices will find this option far less attractive in 2009. Instead the new law will encourage them to sell their current residence (taking the full deduction) and move into their second home. Then their second home will become their sole and primary residence, and they won’t have to deal with future nonexempt capital gains taxes. Ask your financial advisor about the potential costs of continuing to own two homes. If you delay, you may be holding an unused vacation home until you die just to avoid this new tax burden. And as a result, your heirs will inherit the house with a step-up in cost basis.

Because of the law, thousands of additional homes will be added to the market, softening the demand for housing even further. It is as though a shortage of people are buying real estate and we’ve passed a one-per-customer tax incentive law. There is no reason to discourage what no one is willing to buy. The new legislation will probably push home values to new lows during 2009.

Why the law was changed is unclear. The old law was difficult to abuse. Those who were rapidly turning over real estate could not take advantage of the law. If someone tried to flip 25 homes, it would take 50 years. The new law doesn’t make any sense, but if it did make sense, it probably would not be Congress.

The new law won’t bring in much additional revenue either. But it will complicate record keeping and tax returns for anyone selling a home they have not lived in continuously. As a result of these disincentives, buying or selling vacation homes will become less desirable.

This legislation graphically illustrates the deadweight costs of taxation. Rarely is the concept so clear. The law will remove much of the value of vacation homes from the economy without collecting much additional tax revenue. All pain, no gain. It teaches us a sad lesson about the destructive power of taxation.

Vacation homes represent an expense that can easily be let go in challenging economic times. Many families own a vacation home during the season of children or young grandchildren. After that, the travails of maintenance and repairs outweigh their pleasure in the home. Management companies remove much of the headache but make the economics even more problematic.

In times of rising home values, the investment in a home at least kept up with inflation, but with the new laws the government will tax you on that inflation. As a result of these changes, consider simply renting a vacation home and letting someone else pay the capital gains tax.

Photo by Clarisse Meyer on Unsplash