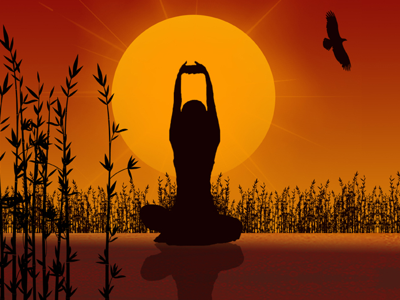 A couple of week’s ago I predicted that hitting the debt ceiling would not be the end of the world. In fact as far as I know, I am the only person who has made the nightly news for predicting that the world would not end. I did not, however, predict anything about what might happen if the debt ceiling were raised.

Perhaps it was because the Congressional deal left fiscal conservatives sadly disappointed. Perhaps it was an increasingly dismal  economic outlook. Or perhaps it was just because it was Obama’s birthday and his image was a constant reminder throughout the news day.

In the end, the reason why the markets drop is always because there are more sellers than buyers.

Markets are made by market makers. Every stock on the exchange has a market maker who must stand ready to buy or sell even if no one else is willing. They publish constantly their buy (bid) price and their sell (ask) price. They make money on the spread (ask minus bid). Yesterday, the market makers did a lot of buying. As they did, they were allowed to move the price of that stock downward until some buyers stepped in and the price found equilibrium. Without market makers the stock exchange would not always be an ‘exchange.’

Yesterday’s market drop of 4.8% makes it a four sigma event. To quote a Study of Fat-tail Risk by Cook Pine Capital:

The “normal” likelihood of a negative four-sigma event (-4.7% daily return) is once in one hundred years; yet we have seen this take place 43 times since 1927. The same normal distribution suggests virtually no possibility (.00003%) of a day where negative returns are greater than 5.8%, but, once again, we have witnessed such days on 40 occasions in the last 81 years, and alarmingly, three times in 2008 alone.

On volatile days like yesterday, I always recommend looking at longer term movements.Here is a chart of the S&P 500 over the past year: 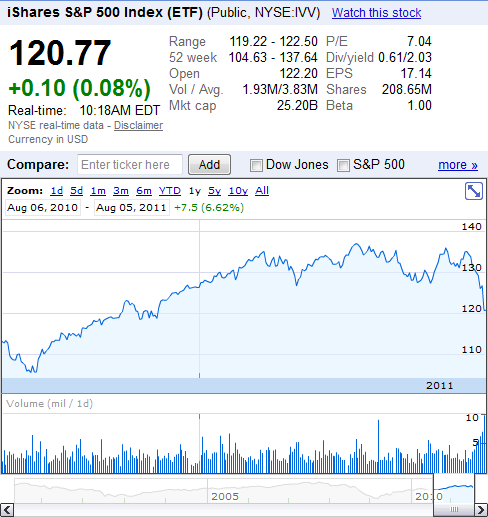 Despite the S&P 500 dropping 4.8%, it is still up 6.62% over the last year in terms of price. This doesn’t count the average 1.9% yield which should be added to make a total return of 8.5%. The S&P 500 isn’t a bad investment just for the yield. That means that even if the S&P 500 went nowhere over a year, if would still provide a better return than your bank account.

If you are worried about the U.S. economic outlook, consider over-weighting those countries with more economic freedom and lower debt and deficit.