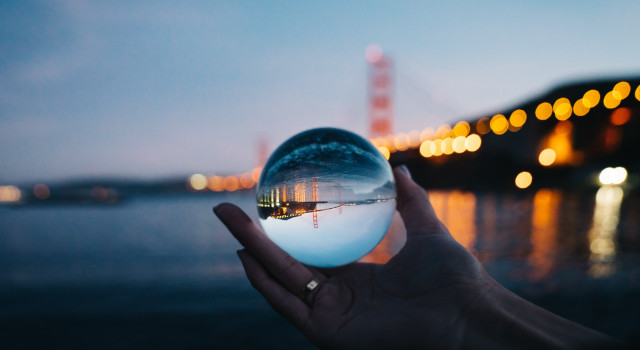 Clients send me a great deal of financial prognosticating. I am glad that I can provide the service of helping them filter out the noise and avoid big mistakes.

The headlines and images are designed to get the maximum number of views, as that is how online media makes their money. Most of it involves dire market crash predictions or unreliable get rich quickly scams. Helping clients ignore the natural emotional reaction is one of the most important roles that a financial planner plays.

My best advice is to ignore the daily financial noise generated by the 24/7 media machine. Even when we read critically, our emotions of fear and greed overwhelm our healthy skepticism.

Having read a great deal of emotionally charged financial opinion pieces, I have well-honed instincts for evaluating the source, questioning the melodrama, examining the tone, considering the motives, and checking the facts. It is all part of becoming an informed consumer of investment media.

We strive very hard at MarottaOnMoney to keep our tone one of a calm and reasoned investment strategy. We are advocates of long-term investing, but we also never sugarcoat the inherent volatility of normal market movements. When we are sent a piece of emotionally charged content, we start by evaluating the source.

Recently, we were forwarded an article by Harry Dent entitled, “Stocks Crashing Again Despite Fed Super Bazooka” which was posted on several different sites. Here is a snippet of portions of the emotional content:

And here we are with the most massive money printing ever, by far, and the markets are crashing anyway…

And here we are heading towards that first 40% or so crash in less than 2.5 months, this one could be there in the next week….

As I said last week, it’s time to seriously consider selling on any short-term rallies, and the one on Friday occurred largely at the end of the day, not providing much of a chance….

This is the “real” Black Swan, and it is therefore not very predictable.

I say it’s better to be safe than sorry here.

The client forwarded Dent’s missive to me asking, “Is it time to sell into the next bounce?”

Harry Dent is not unknown to me. His missives are often among those forwarded by clients. His posts are often prefixed by “Harvard Trained Economist says .” One of the advantages of having attended Stanford is not being over duly impressed by Harvard economists. I’m sure he is a smart guy, but many smart people harbor a conceit about their own abilities.

Using demographic trends, you can accurately predict the direction of the markets and the economy, months and decades in advance. Harry S. Dent Jr. knows this because he has been doing just that since 1989. And he is now a master of what is being called “the new science of finance.”

I think such claims are fraudulent. No person, us included, can represent, guarantee, or imply that their services or methods of analysis can or will predict future results, successfully identify market tops or bottoms, or insulate you from losses due to market corrections or crashes. No guarantees can be offered that your goals or objectives will be achieved. Furthermore, no promises or assumptions can be made that the advisory services offered by a particular firm will provide a return superior to alternative investment strategies.

Let’s look at some of Harry Dent’s best selling Books:

“The Roaring 2000s Investor” was published in October of 1999 along with “The Roaring 2000s: Building the Wealth and Lifestyle You Desire in the Greatest Boom in History” just as the market was about to experience the Dot Com Bubble for 4.7 years with the S&P 500 down -49.15% and large cap growth losing -68.47% of its value.

“The Next Great Bubble Boom: How to Profit from the Greatest Boom in History: 2005-2009” predicted another boom. What actually happened was the Financial Crisis crash of 2007-2009 with the markets down -56.78%.

In March of 2010, Dent published “How to Prosper in a Downturn: Your Path to Success and Fulfillment in the Next Ten Years.” There of course wasn’t a downturn with the S&P 500 having ten years of stellar returns. Normally about seven out of ten years have positive returns. During this decade nine out of ten had positive returns with 2018 only down -4.38%.

In August 2015, Dent published “The Demographic Cliff: How to Survive and Prosper During the Great Deflation Ahead.” There was some mild deflation early in 2015. September 2015 had a -0.04% deflation and then no more deflation for the next five years.

Dent’s track record is terrible. One Amazon reviewer asked the question, “Has no one noticed all his books are like contrary indicators?”

Despite all of this, Dent maintains he can accurately predict the direction of the markets. The biography on one of his recent books reads:

Dent’s books are filled with predictions. Although you can probably find sentences to support some of his claims, like many investment newsletters, he is sometimes exaggerating the truth to the point of lying. Regardless, his books are also filled with implied market movements which have been simply incorrect.

Most of the remainder of his biography is the supposedly impressive list of where he has been featured in the media.

In his recent blog post from March 18, 2020 he pronounced the economy “dead.” Such metaphorical language can be interpreted as a successful prediction no matter how large or small the economic pullback is. In an earlier blog post from March 11, 2020, he presented “two preliminary scenarios” for the market. I supposed if you predict enough different scenarios you increase your chance of having a successful prediction.

We would suggest not listening to Dent’s commentary. It is filled with emotionally charged language. It contains vague hyperbolic language. And his predictions have often implied doing the exact opposite of what would have been best.

Photo by Sasha • Stories on Unsplash