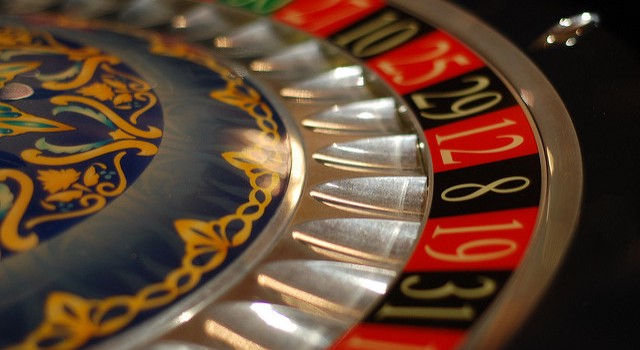 After I graduated from Stanford both of my parents went back to school to become CERTIFIED FINANCIAL PLANNER™ (CFP®) professionals and start Marotta Money Management in Palo Alto, California. I have the wooden plaque from their firm hanging in my office along with their photos. The best financial training I had when starting Marotta Wealth Management was from their wisdom.

Recently, I remembered a story from my mother, June Marotta.

A client came into her office in the heart of Silicon Valley toward the end of the tech boom of the 1990s for investing advice.

“All I want to know is how I can double my money. That’s all I care about. I just want to double my money as quickly as possible. What do you recommend?”

Clients ask this same question in many different forms with many different emotions. It can be helpful to understand some of these emotions before crafting an investment plan that will best address them.

The Sports Car. Some people have a financial spending goal that others consider frivolous. They have very little chance of justifying spending a significant portion of the family budget on something frivolous, but they could justify buying a $1 lottery ticket. And if they win, then because it is “won money” they will be able to make a purchase that they otherwise would have no chance of purchasing. Lottery tickets may not seem acceptable, so an aggressive investment might feel better. Better a long shot chance, they think, than reconciling to never being able to spend money that way.

The Next Apple. Some people have a cause or a company that they believe in. Everyone hears stories about people who failed to buy some technology company when it was first starting out only to realize later that they would have made a million dollars if they hadn’t been scared. After those stories, every technology company with a compelling narrative sounds like it could be the next technology darling and you would be a fool to pass up the opportunity to get in at this price.

Blood in the Street. Some people can’t believe that everyone else is abandoning the markets or a specific investment because of some passing news story. They are contrarians and they believe that the best time to buy is when there is blood in the streets they bravely want to buy while others are selling. And if an otherwise good investment has become oversold, they may have an opportunity to double their money.

Young and Reckless. Some people are young and have a long time horizon and simply want to be as aggressive as possible. No one ever got rich being scared and not taking chances. If they can take more risk and have a better expected 30-year mean return, why not? Certainly they want to be 100% in stocks. But is there something more aggressive than 100% in stocks? How about 100% in small cap value or emerging markets or technology? Whatever is the most aggressive they can be, that is where they want to be.

Eggs in One Basket. Some people believe the stock trader’s adage, “No one ever got rich by diversifying.” They believe that a nice consistent return of 6.5% over inflation might be a wonderful path to financial peace of mind, but they want to be rich. And they want to limit their investment to individual stocks with the potential to double quickly.

The Gambler. Some people are simply a gambler, one of the eight financial personality types. The gambler personality tends toward both greed and spending. They are incorrigible optimists. They believe there are easy answers to financial problems. They brag when they win, but ignore their losses. And since they lie even to themselves, rational analysis has very little impact on their finances.

The Cocktail Party. Some people only care about having an investment that has been wildly successful so they have something to say at social gatherings. When everyone else is bragging about their latest investment they don’t want to idly listen leaving others to assume that they don’t know anything about investing. “I invest in index funds” might be a good investment strategy but it isn’t sexy cocktail party conversation. They want to have at least a few specific investments so they have at least one recent winner to mention.

The motives for wanting to double your money are important. If you don’t understand your own heart it will be more difficult to make it happy. And with that wisdom, there are often ways of satisfying your heart without ruining your future finances.

Quickest way to double your money

When the client asked my mother, “What is the quickest way to double my money?” she did not hesitate before she answered.

You may say, “But I don’t care about risk.” But you should.

Here are three principles for when you want a quick path to doubling your money.

100% Stocks is Aggressive as it Gets

Between 12/31/1969 and 8/31/2017, the S&P 500 Composite Total Return has a mean return since inception of 10.41%. During that same time period the Consumer Price Index (inflation) has a mean return of 4.00% leaving the S&P 500 Total Return with a real return of 6.41%. I reviewed over 1,500 indexes and found the S&P 500’s return to be in the top 10%. The highest mean return of an index which has been around at least 20 years was the MSCI Emerging Market Latin American Gross Total Return (before taxes) with a mean return of 15.55%. Also at the top was the S&P 400 Midcap Total return with 13.66% and the Russell Midcap Index with 13.30%. These are all known allocations which, in small measure can boost returns without inflating volatility, but I would not recommend a greater allocation than what is recommended by the efficient frontier calculation.

Some suggest picking a single company since single companies can more easily double in value. On the other hand they can also more easily drop to zero. Picking a single individual small cap value company does not have a higher mean return than the small cap value category as a whole. But it does have a higher volatility. The added volatility of investing in a single stock is just adding volatility.

It is better to diversify across many different stocks in the category. Diversification eliminates individual stock risk without reducing expected mean return. In other words it is just better. It is like being the house at the casino where the odds are in favor of the house and the risk is reduced for the house by accepting dozens of smaller bets rather than one large wager.

There is, you will notice, no stock investment with an expected mean return of 30%. And any time you hear someone talking about getting a 20% return or more you should be concerned about getting your money back at all.

Avoid “Too Good To Be True”

In our “Safeguarding Your Money” series, Safeguard #2 is “Walk Away from “Too Good To Be True“. There is no such thing as a sure thing, and if something sounds too good to be true, it is. I’ve analyzed dozens of different dishonest methods companies use to separate fools from their money: bait and switch, allure of exclusivity, guarantee or your money back, limited time horizon and automatic charges. And then there are those which are simply lying. Nothing could be found in their literature to determine where the snag was because they simply were not telling the truth. And that is part of the lesson to be learned. You don’t need to know where and how they are lying. But if it sounds too good to be true, it probably is.

The Benefits of Diversification

Investors do get rich by diversification. Mostly by living well below their means and investing what they save. Getting rich by saving and investing and rebalancing back to a diversified portfolio is the most consistent way of gradually growing rich. It is repeatable. Wilder returns can be either lucky or unlucky and you don’t want to miss out on years of consistent compounding. Take comfort in having a diversified 100% stock portfolio when you are young or the markets have recently dropped. Don’t look for something better than a brilliantly crafted asset allocation on the efficient frontier.

On the other hand, a sports car mentality will impoverish your future self. Risking and losing $5,000 at age 20 on an investment where you should have known better could cost $500,000 toward your retirement at age 65. Most investors don’t realize how small regular investing results in being rich over time. Buying losing lottery tickets today jeopardizes the surest path to the equivalent of lottery winnings in the future.

And finally, if you really need something to talk about at cocktail parties or brag about to your friends, a diversified portfolio holds shares in nearly every publicly traded company in the world. We have used a report from Morningstar to look through a portfolio of funds to see their underlying stocks. The resulting report can be over 500 pages and lists how many fractional shares you own of each underlying company. Since you own every stock in the world, pick some winners to brag about.

“Oh yes, my portfolio includes all ten of the best performing stocks of the past year. Doesn’t yours?”