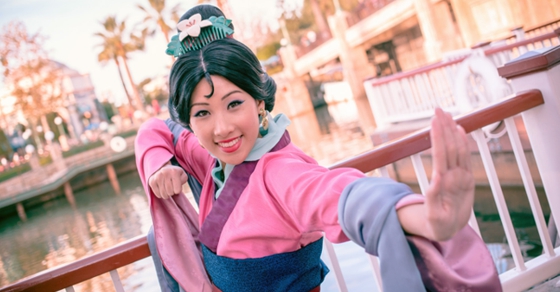 Some debt is corrosive and should be paid off quickly. For other debt, it can actually be a winning proposition to pay it off slowly and invest the rest of your money. With student loans, it can sometimes feel daunting to determine with which liability you are dealing.

There are a few types of Federal student loans, each with different interest rates. To add to the complexity, any given student likely has a combination of subsidized and unsubsidized loans spanning four different disbursement years.

There are two typical repayment plans that Federal Student Aid offers: standard or graduated.  Both of these plans require the loan be paid back in 10 years, one payment a month for 120 payments.

However, all lenders, including the federal government, will try to convince you that you should be repaying the loan faster. Their argument goes like this:

Imagine you have $25,000 of student loans at the worst recorded undergraduate interest rate of 6.8%. If you do a standard level repayment plan, your payment every month would be $287.70 and, for the first few years, your loan would be accumulating interest of $140 every month. The amount to repay would barely go down.

The scheme sounds enticing and implies a savings of $5,743.70. For those who do not want to be investors, a fast-track repayment may be best. But for those willing to save and invest, there is a better third option. 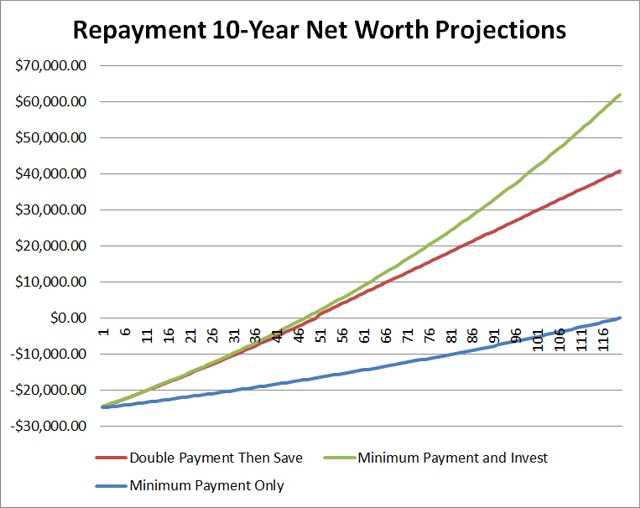 The stock market is inherently volatile, but it does trend upward.

This strong upward trend is the reason that the stock market has such promise for investors. However, as probability shows, positive returns are not guaranteed.

This relates back to student loans because if you are capable of double paying your loan, as your lender seems to be pushing you to do, then you are also capable of paying the minimum required by your loan and matching that payment with a contribution to your investment account.

The average annualized return for the S&P 500 over 10-year time periods between 1970-2015 is 11.27%. Using that return and the magic of compound interest, at the end of your 10-year payment period, you would have paid off your entire loan and have $62,009.35 of savings in your investment account.

Furthermore, at the start of your fifth year of payment, your loan would only have $16,970.36 left while you would have $17,305.82 in your savings account. If at this point you chose to liquidate and clear out your loan, you would have successfully paid off your loan in 48 payments, instead of the 51 payments that double paying takes.

If you did that, at that 48th payment you’d actually pay off the whole balance of your loan and be left with $335.45 in savings. This would grow along with your monthly contributions of $575.40. By the end of the 10 years your savings would only have $58,961.74, which is $3,047.61 less than not liquidating and letting the money continue to grow.

In the double-pay-then-invest model, in year five at the fifty-first payment, you finish the loan and make your first contribution to your savings account.

But remember again, the stock market is inherently volatile. There is no guarantee that average returns will be the returns you experience.

The question you need to answer given your own loan data is: when given a 10-year investment period, what is the probability that the market’s returns will be higher than your interest rate?

These are good odds.

If you look at the best recorded interest rate (3.4%), the odds get better with 90.38% of ten-year time periods having a greater return.

Of the years that don’t make it, the average annualized return is 2.78% (vs. 11.27% return for all ten-year time periods). How do the invest-while-paying and double-pay-then-invest models compare when the return is so low?

If you lengthen the time horizon to twenty-year periods between 1970 and 2015, then 100% of 306 twenty-year time periods have returns greater than 6.8%. This means that if you are investing for the long term (i.e. for retirement in your Roth IRA as a 22-year-old), then the odds are even more in your favor for investing while paying the minimums.

If you have graduated with student loans you are probably anxious to leave those loans behind you and get on with your life. The best way to accomplish this is to pay the minimum and start saving and investing toward your future financial security.