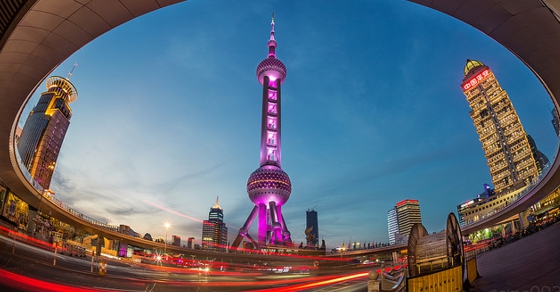 The financial news talks about the Chinese economy being like one of those cartoon characters who manages to keep running long after leaving the edge of the cliff. They talk about the bursting of a stock bubble , a stock market crash, and the stock market being in free fall. What does the Shanghai Composite being down 33% mean?

– Worried about my retirement accounts

Oddly enough, the world of finance has defined the terminology for what different percentage drops should be called . A drop of value in the stock market of more than 10% but less than 20% is called a “correction.” Such drops happens frequently and although such a drop will always be blown out of proportion in the media it is barely worth noticing as an investor. On average, the drop from peak to trough takes 85 days and the markets have recovered after another 107 days. The entire experience takes just half a year to return your investment to where it was at the peak.

When a drop reaches 20% it can be called a “bear market.” And although the term “crash” is used liberally by the financial media, “crash” is usually reserved for market corrections which exceed 50%.

Losing a third of the value of an investment in just 26 days shows that the Chinese markets can be as volatile than the US markets. The bear market of 1987 took 102 days to drop 33.51%. It took the next 20 months to recover its value at the peak, but its subsequent appreciation was both steady and above average.

When you measure the Shanghai Bear market drop, it took 26 days to drop 32.1%. That only wipes out the previous 87 days it took to appreciate the same amount. A round trip of 32.1% in just three and a half months is volatile, but certainly not the end of the world. Chinese stock prices, year to date, are still up more than the United States.

Probably the most disconcerting is the Chinese government’s reaction to the drop in stock prices. The government vowed to make sure that the Shanghai Composite hits 4,500 . Their multifaceted interventionist approach will, in the long run, no doubt do more harm than good.

Yes, Chinese stock prices could continue to fall. The drop could even get as large as the drop in US Markets in 2008. But in a free market stocks would always be worth something. Stock prices could never drop to zero.

As stock prices approach zero it would be possible for you to take your pocket change and use it to buy every publicly traded company in China. Long before it approaches zero, someone with far more assets would pay millions or billions. As of the end of May 2015 the value of the Shanghai Composite was worth about $5.9 trillion.

That means that a typical 40-year-old might have about 3.07% of their portfolio in Chinese stocks. The recent 32.1% precipitous drop would have caused their portfolio to lose 0.99% of its value.

Bear in mind that mainland China is very different from Hong Kong. The MSCI Hong Kong Index is up 11.26% year to date and up 52.42% cumulatively over the past three years. 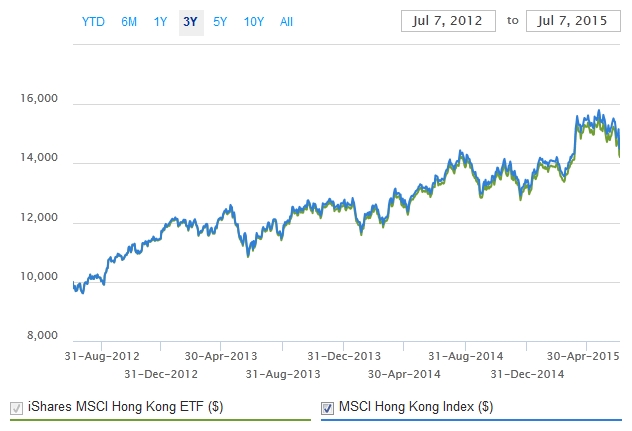 So what does the Shanghai Composite Being Down 32.1% mean? It means what it always means: it is a good time to rebalance your portfolio.