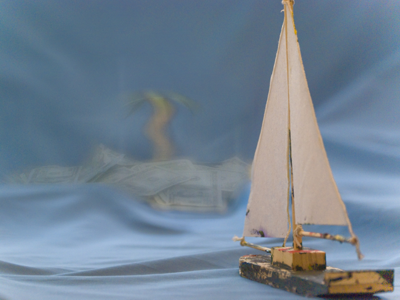 In addition to the all-important fiduciary requirement, you should insist on several other investment safeguards. Safeguard #1: Do not allow your financial advisor to have custody of your investments. The second safeguard: Avoid any investment opportunity that sounds too good to be true.

I learned this principle in a practical way from my father when I was 13 years old. One of my brothers had a friend whose father was doubling his money in an investment company that was importing Portuguese wine. They were selling it for more than twice what they had paid for it and making money hand over fist.

But they needed cash to buy the wine. After having the wine shipped from Portugal and distributing it around the Washington, D.C., area, they were paying 50% interest. Because orders had already been taken, it was touted as a sure thing. My father, George Marotta, was asked to invest in the next shipment.

His response was right to the point. He just said, “It sounds too good to be true.” That was it. No looking into the matter, trying to determine where the catch was. He simply refused to waste his time on it.

My brother wanted to take the money my parents had saved for him and invest it in the Portuguese wine deal. Why not, he reasoned. It was guaranteed, wasn’t it?

Again my father refused to allow my brother to invest anything. He explained that they couldn’t be making 50% interest every six months. There had to be a hidden difficulty or complication.

Six weeks later the scandal broke on the front page of the Washington Post. There was no wine. Families lost their life savings and their children’s college funds. It was all a Ponzi scheme. They were paying early investors with the money taken in by subsequent investors. Without any real returns, all Ponzi schemes eventually run their course and then implode.

Nothing really changes. For many people, greed can block common sense. This natural but deadly impulse is one you must learn to overcome.

Shortly after my father’s wisdom was vindicated, it was suggested he give his sons some practical experience in investing by finding a good pick for us, some penny stock that was going to two pennies without very much risk.

My father again replied wisely, “If I knew a penny stock that was going to two pennies without any risk, I would invest our life savings and double our money. Such an investment doesn’t exist.”

Here’s the hard lesson: There is no such thing as a sure thing, and if something sounds too good to be true, it is.

I used to analyze offers to find the proverbial catch. I would scrutinize the small print and find where they were going to make their money. Curiosity drove me to know, and in the process I learned a great deal about the dishonest methods companies use to separate fools from their money: bait and switch, allure of exclusivity, guarantee or your money back, limited time horizon and automatic charges.

And then there were the handful that really sounded too good to be true. And it struck me that they were blatantly lying. Nothing could be found in their literature to determine where the snag was because they simply were not telling the truth. And that is part of the lesson to be learned. You don’t need to know where and how they are lying. But if it sounds too good to be true, it probably is.

Madoff Securities was recently caught in the largest Ponzi scheme in history. For years, Bernie Madoff collected assets with returns that seemed amazing. Hedge funds fronted for his investments, putting their own private label on his $50 billion scam.

Madoff was known as the guy who never seemed to lose money. It was implied he was subsidizing down months in the markets, a common rationale around Ponzi schemes. There has to be some reason given in a Ponzi scheme for the total lack of volatility, and the rationale commonly offered is that the company eats its losses during down months.

But it is a securities fraud to misrepresent either an investment’s returns or the volatility of those returns. We are always reminding our clients and our readers that the markets are inherently volatile. Despite this tendency, they have also been profitable, even taking into account the significant drop in 2008. You should expect to see and understand the risk you are taking. Don’t be mesmerized either by the promise of a high return or a sure thing. Even Treasury bills carry the inherent risk that you will lose your buying power to inflation.

Although the preceding may sound cynical and paranoid, many posing as financial advisors really do try to separate you from your money. Fortunately, only a few do it fraudulently. Others may do it legally in small amounts through hidden fees over a long period of time. Both may be actively calculating how to maximize their portion and minimize yours and how to hide how much they are keeping and the real return you are receiving.

So the challenge for investors seeking financial advice is clear. Where is the moral high ground? How can investors avoid as much as possible the conflict of interests inherent in many compensation schemes and find an advisor who simply helps clients meet their goals?

The National Association of Personal Financial Advisors (www.napfa.org), created in 1983, is an industry association of firms that provide independent financial advice. Their compensation is not clouded by the purchase or sale of a financial product.

You have a right to be proactive and ask the right questions. It is up to you to know how your advisor is compensated and how your investment return is calculated. And if past returns sound too good to be true, don’t believe them. Visit https://www.napfa.org/financial-planning/consumer-resources to learn more and become a truly savvy, and safe, investor.