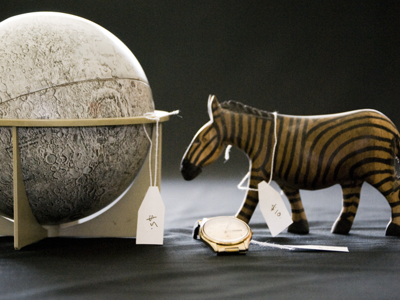 To protect our money, several safeguards are advisable. They aren’t always necessary, but they are certainly safer than the alternative. One of these safeguards is to insist on investing only in liquid assets. Investors undervalue liquidity 99.9% of the time. You need to be in the other 0.1%.

Liquidity refers to the ability of an asset to be easily sold without losing value in the process. Imagine starting with a pile of money, buying the asset, holding it a week and then trying to sell it again. If you get back a much smaller amount of money, the asset is illiquid.

Because illiquid investments are hard to price, it’s also difficult to compute what return you’ve received. I analyzed a real estate investment for a couple who had held it for 20 years. It was valued at $60,000 and paying a $6,000 return every year. I kid you not. It was paying a 10% dividend.

The investment had been illiquid for a long time, but now the general partners were offering to buy out any investors who wanted to sell. Alternatively, they were putting together another real estate deal in which you could invest additional money. Finally, if for some strange reason you liked your current investment but did not want to invest any additional money, you could neither sell your share of the old deal nor invest more money in the new deal.

The couple thought they had received a great rate of return. And believing no investment could be better than a 10% dividend, they were ready to sink more money into a similar investment.

Again, even with perfect hindsight, it is often difficult to recognize if illiquid investments have been a good investment because you may not be able easily to compute what return you’ve received.

In a simple analysis, it looked like a $60,000 investment was now paying a 10% rate of return. And so it was, but only after two decades of a zero percent return. Shares in the investment were not actually worth $60,000 because they were not traded in a public market. Without such a market to value the shares, their worth was at least questionable.

Even at a small 8% annual rate of return, the couple’s $60,000 investment should have grown to at least $279,600. Perhaps the investment was indeed worth over a quarter of a million. Maybe that explained why the general partners were willing to pay $60,000 for the investment.

And that’s the problem with investments that aren’t publicly priced and traded. Because your investment can’t be converted into cash, even after two decades you may still not be able to evaluate it. In this case we were able to determine that the investment wasn’t worth selling for $60,000. The stream of $6,000 annual income was worth more than that. But it also was a mistake to invest any additional money in similar investments.

Liquidity is a continuum. On one end, cash defines liquidity. Many investments, such as stocks, exchange traded funds and mutual funds, are so publicly priced and traded that their price is published in the Wall Street Journal every day. These are sufficiently liquid and can be realized in a matter of days. Holdings that have well-established public markets with adequate volume make buying and selling easy.

Even individual bonds fall in the middle of the spectrum. If you buy an individual bond this week and then try to sell it next week, it will lose some of its value. Bonds, unlike stocks, do not have a smooth and liquid market. You have to put a bond out for bid and then decide if you will accept the best price you are offered.

So even for bonds, it is best to structure your portfolio to hold them until maturity when the bonds pay back their principal. In the recent credit crunch, bonds that fell from investment grade to junk status were suddenly extremely difficult to sell. As a result, the price you could get for them dropped more sharply than it might have otherwise.

Real estate is another illiquid asset. Flipping real estate for a profit is usually not possible. Sales commissions and closing costs consume over 6% of the sales price. It has to be an extraordinary real estate market if you can buy a house one week and sell it for a 6% profit a few weeks later. Starting with a 6% loss because of illiquidity costs is a steep headwind to overcome quickly.

Moving further toward the other end of the spectrum are investments that are even more difficult to buy or sell. These have even higher spreads between their purchase and sale price, and even more return must be made just to overcome the spread between the bid and ask prices.

Real estate, hedge funds and private equity deals belong in this category. Some purposefully lock up your money and prohibit sales for several years. For others, something like a market exists for them but with very little volume. Finally, they may have capital calls where not only can’t you sell, but you are required to invest more money in them. They all may have the allure of exclusivity, but they lack liquidity. Here is the critical question: “When you go to spend your money, will it be easily available?”

You need your money to be there when you want it. Therefore, use liquidity as one way of avoiding investments you should not be making in the first place. Remember, it is to the advantage of agents who sell such investments that their products remain illiquid. Therefore avoid going to them for so-called free advice as well. Even a negative return in the markets is better than no return of your investment.