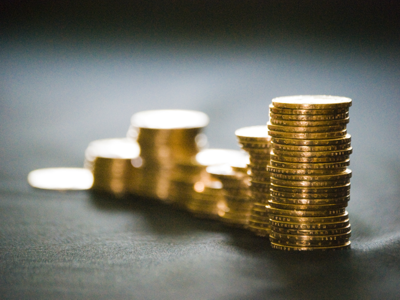 Crazy volatile markets push people toward irrational investment schemes. Methods to safeguard our investments won’t prevent loss, but ideally they will prevent us from putting our money in investments where we should have known better. Let me give you an example.

There’s always a way to make money in the markets. I’m going to tell you how you could have made a lot of money last year. Some investors used this technique to capture huge gains in 2008 while most investors were losing their shirts. What was their secret? Halfway through the year they bet oil prices would drop.

As oil approached $147 a barrel and everyone else thought it was going to $200 a barrel, these wily investors sold it short. That is, they bet on oil going down. Because they were right, their investment earned sizable returns.

They accomplished this feat by purchasing “put options,” the right but not the obligation to sell a certain number of barrels of oil for a certain price for a specified period of time. If the price of a barrel of oil drops significantly, as it did, they could sell their put options for a profit.

Does this scenario sound enticing? Do you find yourself wishing you had your investments in oil puts last year? Envy and regret are powerful motivators in the investing world. But you must tame these emotions if you are going to learn how to safeguard your money.

Just because some investors made significant gains in commodity futures doesn’t mean that is where you should have been invested. Most of the time when you purchase a put option, the underlying commodity does not drop significantly in price and your put option expires as worthless.

If a commodity rises an average of 5% just for inflation, most of the time investments in commodity puts will lose money. You can purchase put options at various prices, but they all have to overcome strong tailwinds to move backward. The commodity has to drop more than inflation plus the price of the option itself just to break even and start making money. Just because they sometimes make money doesn’t make them a good bet.

Imagine you are standing next to the roulette wheel in a Las Vegas casino trying to decide which bet you want to make. You can either bet on red or black, but you are getting confused because the last spin came up green: zero.

Instead you want to be the house.

The house loses lots of bets. In fact, the house loses more bets than investors do over a year in the stock market. The house edge is small, but on average the house wins a steady stream of gains.

Any investment that, on average, doesn’t go up shouldn’t be an asset class in your portfolio. There are a lot of so-called investments that fit this description. They are best described not as “investments” but as “speculations.” I concede there is a place in specific portfolios to invest in something that doesn’t go up on average. But this situation is the exception, not the rule, and these decisions are warranted most commonly because of a large investment that needs to be protected. In this case, what you are really buying is “insurance,” not an “investment.”

Here’s another way to look at short investments. If the markets appreciate 10% per year, then investments against the market lose 10% per year. Predicting market drops with such accuracy as to overcome a 10% headwind plus the transaction costs of shorting the market is difficult, to say the least.

And whereas investments that are long in the market can only drop a finite amount (to zero), short investments can lose an infinite amount because there is no limit to how much a stock can rise.

Gold is another example of an investment that on average does not appreciate in value.

Jeremy Siegel, author of “Stocks for the Long Run: The Definitive Guide to Financial Market Returns & Long Term Investment Strategies,” analyzed investments over the past 200 years. Gold, on average, maintains its value over time. If you bought a dollar’s worth of gold 200 years ago, after adjusting for inflation, it would be still be worth about $1 today.

Although gold generally holds its purchasing value, it still fluctuates wildly based on other factors of supply and demand. While it does so, the part of these movements that is not just random noise is simply an inverse reaction to the value of the dollar.

Over the long term, gold holds its purchasing power, but it has not for almost three decades. In January 1980, gold reached its high of $850 an ounce. The following year my wife and I became engaged and chose modest wedding rings that were still very expensive. Note that $850 in 1980 had the same buying power as $2,191 in today’s dollars. Gold trading at $850 an ounce then was like gold trading at more than twice its current price. In other words, those people who purchased gold in 1980 have lost more than half their buying power during a 28-year investment. Even considering the October 2008 stock market drop, the tailwind of appreciation pushed stock investments to significant gains over the past 28 years. That tailwind is a powerful force for investment growth.

Investments that bet on stock market corrections are more dangerous than the market itself. Perhaps they should come with the following warning: “The stock market can go up as well as down!”

Holding investments for the long term makes sense because millions of people are working in thousands of publicly traded companies on your side of the investment. Your interest is congruent with theirs, and their very livelihood depends on your investment making a profit.

So look for great well-financed companies that deliver products or services of real value in order to make the trend of the investment upward. If the investment bets against that trend or simply holds its value, it should not be a major component in your allocation. There may be a place for options like insurance, but these are rare. As a rule of thumb, put your money only in investments that on average go up.