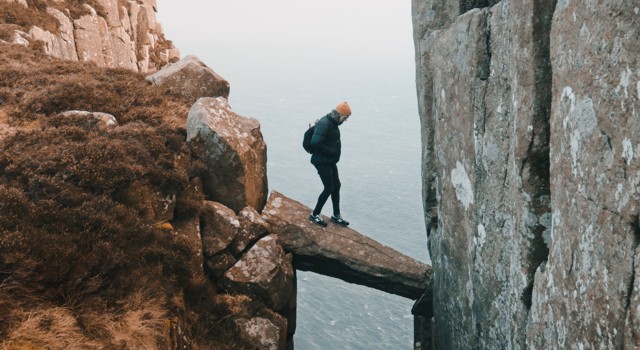 During the roaring 90’s my mother’s first meeting with a financial planning client began with the client requesting, “All I want to know is what is the fastest way of doubling my money?”

“Bet on red.” replied my mother, “Now, let’s talk about how much risk you want to take.”

There are many ways to evaluate the suitability of a investment strategy to an individual client. We have a questionnaire that we use. If you are interested in a free copy, just drop us note at the addresses at the end of this article. Risk tolerance is important, but it often ends up describing how an investor would like to be invested better than it describes how they should be invested.

Some advisor’s treat risk tolerance as answering the question, “How much anguish and worry can my client endure?” and then they push their client to the limits of their endurance. This approach pushes the gamblers to bet on red, and contributed to the bubble as investors in the 90’s were taking money out of growth funds to put more into aggressive growth funds. One person interested in our services during that period was “diversified” into five high tech mutual funds and an S&P 500 fund. The number one holding in all five mutual funds was Cisco. Additionally, at the height of the bubble the number one stock in the S&P 500 was also Cisco, and the S&P 500 was weighted 35% in technology stocks.

It’s been said that investing is all about the balance between greed and fear. Many die-hard investors would agree, but believe that instead of a balance between the two, there is only one right answer: greed. Fear, to them, is a weakness of those who lack courage and fortitude. Greed, they argue, pays off over the long term. On average, US stocks provide a 10-12% return, so why not invest everything in aggressive growth stocks?

The problem with this approach is that in the last 65 years the S&P 500 has only had three years where the returns have been between 10% and 12%. Usually the returns are wildly over or wildly under the average range. So for those counting on 10 to 12 percent returns, the ride is extremely bumpy and the likelihood of meeting your projections in nearly zero.

We use a difference approach to risk. Financial planning is all about supporting your financial goals. The important value is neither greed nor fear; the important value is reaching your goals. It is as though you are trying to drive to an appointment and you don’t want to be late. You generally don’t ask about your “speed tolerance” and then drive as fast as you can tolerate. The fastest speed to your appointment is usually not the safest way to guarantee that you arrive at your appointment in one piece. Instead, you drive somewhere under your speed tolerance and have a smoother ride. Similarly you don’t drive 5 miles an hour because you know you can’t reach your destination on time at that speed.

Greed and fear then give way to doing what it takes to have the best chance to meet your goals and reach your destination in one piece.

So the job of financial planning begins with the task of understanding your values and financial goals. Only after this process can a financial plan be put into place to meet them in a timely manner.

Photo by Michael Shannon on Unsplash