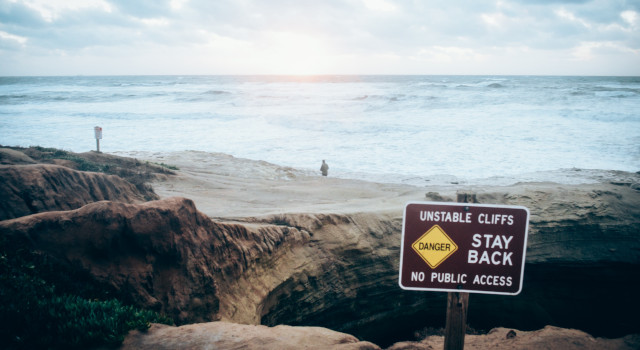 In 2020, I wrote “Harry Dent Has Another Prediction; Should I Follow His Advice?” which is summarized, “We would suggest not listening to Dent’s commentary. It is filled with emotionally charged language. It contains vague hyperbolic language. And his predictions have often implied doing the exact opposite of what would have been best.”

This past fall, Dent opened an Australian investment fund. This is his third attempt at providing advice that has the precision of buying and selling specific investments.

The first attempt was the AIM Dent Demographic Trends Fund (ADDAX). This fund closed after raising over $1 billion. In 2008, MaxFunds in their “Eighth Annual Mutual Fund Turkey Awards ” gave “The “Ultimate Charlatan” Award” to Harry Dent for his untimely poor advice. According to MarketWatch , “AIM sacked Dent and merged the fund out of existence in July 2005; the fund’s total loss over its lifetime was over 11%.”

In the Summer of 2012 his second fund, DENT Tactical ETF (DENT) also closed. That fund could only gather about $24 million in assets. In “Second Dent investment fund to disappear ” the author writes, “Dent told me that the poor performance was due to the fund not taking all of his advice.”

Perhaps. But perhaps not.

Now Dent is trying to run the Dent Sector Fund in Australia. It is currently not available in the United States. It is difficult to determine how the fund is going to be invested. His website suggests that, although Dent is the chief investment officer, Andrew Stewart is “responsible for the management of the Dent Sector Fund.” I am not sure how that relationship works. His website gives little explanation of the process by which he will invest other than his own credentials.

I would recommend avoiding Harry Dent. This investment violates several of the “Safeguarding Your Money” principles. At a minimum, it violates “Safeguard #1: Do Not Allow Your Advisor to Have Custody of Your Investments” and “Safeguard #5: Understand Your Investment Strategy.” Assuming the investments will reflect Harry’s vision , the strategy is vague: “Harry believes that the best investment sectors are driven by fundamental trends that are reflected in cycles that have their existence firmly in the past, and which provide a stepping stone to the future.” And if that isn’t vague enough, this opportunity “represents the first time that ordinary investors can invest as Harry would.” It is unknown how many of the other principles are being violated.

It is also accompanied by higher than normal fees despite the fund’s website which claims to offer, “A simple and affordable way to invest as he would.”

From his own website , “If you invest A$10,000 you will pay A$175 a year in management fees and usual expenses. There can be additional costs, and you will probably need to pay tax sometime: an important detail is in the product disclosure statement.” This sentence implies an annual fee of 1.75% ($175/$10,000)

Additional information on page 26 of his Product Disclosure Statement (required Australian disclosure) states that there is a 1.50% management fee and 0.25% usual expenses. Additionally, there is a 15% performance fee for any annual return over the cash rate with an annual reset on June 30th. That last fee means that if the fund goes up 50%, Dent takes 7.5% for himself. And if in the next June to June period the fund goes down 50%, he takes nothing. What appears to be even worse, “The performance fees are calculated daily and payable monthly in arrears from the Fund and calculated based on the daily NAV of the Fund over the relevant period.”

That would suggest that if the fund goes up 50% and then goes back down again in the same year, Dent still takes 7.5% for himself during the months it went up. Markets are extremely volatile, but even if the market just went up 7% each year this fee would result in an additional 1.05% charge making the total charge about 2.8%.

Additionally, there are more 0.50% charges for buying or selling the fund. And Dent can decide to change these fees without investor consent.

Without even these other problems, Dent’s hyperbolic language is reason enough to avoid listening to or investing with him.

The U.S. is going through “detox for a crack-addicted economy,” Dent insists, citing a bubble that’s been building to an “orgasmic phase” for some time. …

In the interview, he predicts that the recent stock market rebound will persist for a month, then peak in, perhaps, August. By October, the U.S. will be in the throes of deep economic decline, he says.

Dent also serves up advice on investing in stocks now and in the near future, plus his outlook for economic recovery (let go of that “V-shaped” idea). …

It’s going to be U-shaped. Anybody that says it will be V-shaped is an idiot. That isn’t possible. We have post-traumatic stress disorder — we won’t come out of this and just get back to normal. Everybody is scared. Everybody knows that the virus can come back.

The economy will get healthy and grow again once you deleverage debt and financial assets. That will clear the decks and get rid of zombie banks, zombie companies and unproductive loans. The emerging world is going to pull us out of this because most of the developed world won’t be growing that fast.

Stocks are rebounding with all the stimulus and because investors can see that the virus is receding. This rebound will last a month. Markets probably won’t go up a lot more. They’ll probably correct some off and on, and I’m guessing that in August, they may peak. That may last until October.

Once again he was completely wrong. And such language is rarely helpful.

A year later on March 10, 2021, he did another interview with the same person in which she writes:

“A huge collapse is coming. This thing will be hell.”

What could be “the biggest crash ever,” he argues, will hit by the end of June, if not sooner. It will be “the initiation of the next big economic downturn,” Dent predicts.

This may be the biggest bubble crash ever — stocks, commodities, real estate. The next crash is the initiation of the next big [economic] downturn, which will be much worse than the one in 2008-2009.

It will likely come by the end of June, probably sooner. The S&P falls to 2,100 — lower than the March 2020 low — and that would be a 47% to 48% drop from recent highs, though it may go to 4,000 first. The next crash will be worse than the last one because it will come from higher levels and [plummet] to lower levels.

Such predictions are very unlikely to happen.

We would suggest not listening to Dent’s commentary or investing in his fund. His advice is filled with emotionally charged language. It contains vague hyperbolic language. And his predictions have often implied doing the exact opposite of what would have been best.

Photo by Robert Gourley on Unsplash