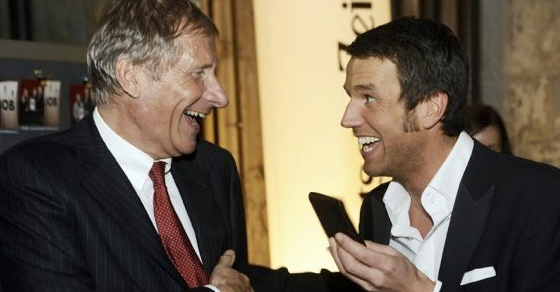 Although you may not realize it, you likely hate the Federal Reserve. Americans in general have always distrusted the banking cabal that later produced our central bank. Back then, they just called it “Wall Street” because all the banks were in the New York financial district. Today we don’t even remember what we mean by the nickname. We mistakenly believe it has something to do with investing in the stock market.

Members of the Federal Reserve, although under the loose oversight of Congress, openly admit it is not a federal agency but rather an independent bank privately run by its 12 bank share owners.

The Federal Reserve, commonly referred to as the Fed, was created after Otto Heinze tried to corner the shares of United Copper and sell them at inflated prices. This was a foolish scheme he was only able to attempt because his brother, the president of Mercantile Bank, overcertified his checks.

When the Heinze brothers’ ruse became apparent, the stock price took a dive. A general distrust of banks spread rapidly. The resulting Panic of 1907 caused a run on local banks. They had to sell their equity holdings to gain the liquidity to pay their customers, causing stock prices to fall and more panic to ensue. Everyone was pulling out of banks and equities, which caused the New York Stock Exchange to plummet, with the market losing nearly 50% of its value, and New York City’s third largest trust company to fail.

J.P. Morgan pledged his own assets to help calm fears. He convinced other bankers it was in their best interests to do the same. Morgan also acquired the approval of President Theodore Roosevelt to take over his collapsing competition, despite the greater monopoly it created.

When it was founded in 1913, the Fed’s principal function was to ensure the U.S. banking system could always endure bank runs created by unforeseen financial shocks. The agency was to accomplish this task by loaning to its member banks when the banks needed more liquidity.

Even directly after its creation, the Fed’s handling of the currency caused instability of prices and resulted in nearly 10,000 bank failures. Economists from Ben Bernanke to Milton Friedman blame the Fed as the primary reason a recession turned into the Great Depression.

The Fed was still getting organized in 1917 when President Woodrow Wilson asked Congress to declare war on Germany. One of the Fed’s first acts was to facilitate borrowing billions to fund the war.

The trick was how to make loans that could be spent on the war and would not be immediately redeemed in gold. The Fed accomplished this goal by offering member banks an extremely low interest rate as long as the purpose of the loan was for people to purchase war bonds. Then they created a massive advertising campaign urging the general public to borrow money from their local banks and buy war bonds. The government printed Federal Reserve Notes that the Fed loaned to banks so people could buy war bonds and thus give the government back the money to spend.

The Federal Reserve is the means by which the government spends more than it makes.

Every dollar in your wallet is a Federal Reserve Note, a sign that the Fed owes you. It is an interest-free loan from you to them that they can never pay back. And when the Fed gives the government their notes, these interest-free IOUs, they get an interest-bearing Treasury bond in return. It doesn’t matter how much the interest is, the Fed is guaranteed to make money.

Federal Reserve Notes are not redeemable in anything of value. If you try to redeem a $10 bill, all you will get is two $5 bills.

Much of the hatred against a generic “Wall Street” is more properly and historically an abhorrence of the Wall Street banking system of the Fed. It has nothing to do with the activity of buying equities in the stock market associated with “Wall Street” today.

In 2008 when the country’s largest banks were insolvent due to their own mismanagement, the Fed, with its unlimited supply of fiat reserve notes, simply purchased toxic assets and bailed them out. These purchases were then counted as assets in the Fed and used to justify the printing of more Federal Reserve Notes.

The Fed has incurred much financial harm to our nation since its founding. It is a post-democratic organization that take prides in keeping its reasoning and incentives completely free of governmental review and influence. It is naive to believe its incentives are aligned with altruism toward the populace.

Increasing the Fed’s accountability is a popular stance, but government is even more susceptible to special interests. The best method to reduce the power of the Fed to do harm, short of abolishing it entirely, is simply to reduce its decision-making power. Redirect your generic hatred to the true source: Occupy the Fed.