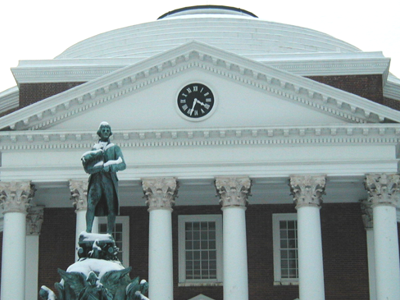 We usually only recommend paying off as slowly as possible two kinds of debt. The first is a home mortgage because the government heavily subsidies your interest payments by allowing an itemized tax deduction. The second is Student Loans.

I’ve always assumed the general societal assumption that student loans were basically good public policy. I believed this even while also believing that smart families would minimize the debt that they saddled themselves with and would seek to fund college in less expensive ways.

It is normal to believe that well-intentioned feel-good programs will have a more positive than negative effect. But it is not usually true. Even those of us who lean libertarian succumb to utopian intentions. But economics and public policy should be based on the understanding the complex unintended consequences of artificially fixing one variable in the equation of supply and demand.

These complex workings are not always easy to follow.

In May of 2008 I published an article on subprime lending in which I wrote:

The reality in the Fall of 2008 turned out to be even worse than I thought it would be.

Now it looks like some of the unintended consequences of our Federal student aid programs might be similarly bad.

Before you dismiss that idea as ludicrous, at least remember that people thought the subprime lending was wonderful public policy and praised it profusely up until it brought down our credit markets.

My perspective changed when I read an article by Richard Vedder, Professor of Economics at Ohio University, entitled “Federal Student Aid and the Law of Unintended Consequences.” This was one portion of the article that caught my attention:

Student loans have been growing eight to ten percent a year for at least two decades, and, as is well publicized, now aggregate to one trillion dollars of debt outstanding—roughly $25,000 on average for the 40,000,000 holders of the debt. Astoundingly, student loan debt now exceeds credit card debt.

The Debt Clock currently only stands at $15.8 trillion, and that is $50,460 per citizen. To think that the student loans have grown so large is to realize that the cumulative effect could now have serious consequences.

Just to be clear. Trying to dictate yet another variable in the equation through legislative policy would only make the other variables blow up more violently. Part of the problem is because those who pay, decide and benefit are all different parties. There is no negative feedback. And as I learned in my electrical engineering classes, systems with no negative feedback ultimately explode. As Vedder says in another portion of his article:

Related to this problem, colleges themselves have no “skin in the game.” They are responsible for allowing loan commitments to occur, but they face no penalties or negative consequences when defaults are extremely high, imposing costs on taxpayers. …

The alleged positive spillover effects of sending more and more Americans to college are very difficult to measure. And as the late Milton Friedman suggested to me shortly before his death, they may be more than offset by negative spillover effects. Consider, for instance, the relationship between spending by state governments on higher education and their rate of economic growth. Controlling for other factors important in growth determination, the relationship between education spending and economic growth is negative or, at best, non-existent.

Vedder’s article is extensive and I recommend reading it in its entirety. But here is an executive summary for those who want it:

Programs created with the noblest of intentions have failed to serve either their customers or the nation well. In the 1950s and 1960s, before these programs were large, American higher education enjoyed a Golden Age. Enrollments were rising, lower-income student access was growing, and American leadership in higher education was becoming well established. In other words, the system flourished without these programs. Subsequently, massive growth in federal spending and involvement in higher education has proved counterproductive.