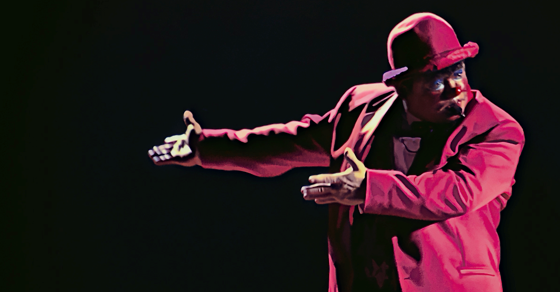 Every tantalizing story requires a villain—the darker the character, the more gripping the story. Since its inception, Wall Street culture has stood ready to ignite the passions of people willing to master this sinister role. But all Wall Street villains are not equal. For example, the debauchery of Martin Scorsese’s “Wolf of Wall Street” is shocking but isolated. Only a relatively small flock of hopeful dupes are maimed by the unbridled broker.

The digital-age villains in Michael Lewis’s Flash Boys: A Wall Street Revolt appear far more dangerous. Unlike their debauched counterpart, Lewis would have you believe that no investor is safe from these brilliant but insidious tacticians who design high-frequency trading (HFT) programs. Their activity reaches every dark corner of the global market system. The only problem is that Lewis’s boogeyman is largely a fabrication made to stir up controversy.

HFT now makes up about half of U.S. trading volume. In the blink of an eye, which is 100 milliseconds, the fastest computers can complete 600 trades. Those who have the ability to move quickly have an advantage over the slower moving market participants.

When you’re moving near light speed, you can identify an order from a slower moving trader, quickly purchase this same position, raise the price slightly, and then resell this position back to the initial buyer. New York attorney general Eric Schneiderman calls it “Insider Trading 2.0.”

The other opportunity made possible by HTF is a form of arbitrage. When a slow-moving buy order is placed, HTF trades look across multiple stock trading exchanges to find the lowest price and then resell at the higher price. These higher prices are often just a fraction of penny, but high-frequency traders make money doing this millions of times a day.

Here’s a quote from Lewis’s new book, suggesting these cracks in the HFT system are a really big deal:

The U.S. stock market was now a class system of haves and have-nots, only what was had was not money but speed (which led to money). The haves paid for nanoseconds; the have-nots had no idea that a nanosecond had value. The haves enjoyed a perfect view of the market; the have-nots never saw the market at all.

But Lewis isn’t getting flack for identifying cracks in the HTF trading system. He’s being accused of hyperbole because he’s condemning not just a few flaws but the entire stock market. Here’s an excerpt from his “60 Minutes” interview with Steve Kroft.

Steve Kroft: By whom?

Michael Lewis: By a combination of these stock exchanges, the big Wall Street banks, and high-frequency traders.

Steve Kroft: Who are the victims?

Michael Lewis: Everybody who has an investment in the stock market.

In order to inflame the public’s ire about market corruption, Lewis carefully sidesteps a number of important facts. For example, average investors have lower costs for buying and selling stocks today than at any other time in history. And paying middle men to provide liquidity to the markets has long been fundamental to the most healthy exchanges. For decades, this was the responsibility of Specialists who bought and sold as quickly as was humanly possible to keep the markets moving. HFT is a more efficient middle-man.

At the same time that HFT has increased exponentially, commissions have fallen dramatically. Back in 2000, an equity purchase from Charles Schwab typically charged $29.95. Today, the same purchase only costs $8.95.

Bid-ask spreads have fallen even more dramatically. The difference between the lowest standing sell offer and the highest buy offer is called the “spread.” Today, limit orders (programs that stop buying or selling after a security reaches a certain price) or market makers who publicize their best offers set the spread. A trade that regularly had a spread cost of 0.20% in 2001 now costs 0.02% on average. Thanks in part to the increased volumes of HFT, the cost of the spread on a $10,000 purchase was $20 in 2001 and is only $2 today.

We devote a lot of effort to understanding our trading costs, and our opinion, derived through quantitative and qualitative analysis, is that on the whole high-frequency traders have lowered costs. . . . In our profession, what we saw on “60 Minutes” is called “talking your book”—in Mr. Lewis’s case, literally.

Lewis is part of a journalism and publishing system that is always walking the tightrope between eye-catching and exaggeration. The Flash Boys media campaign has been a rousing success; they’ve got their dressed-up villain by the jugular. Despite a number of prior works that maintained journalistic integrity, his most recent work misses the mark.