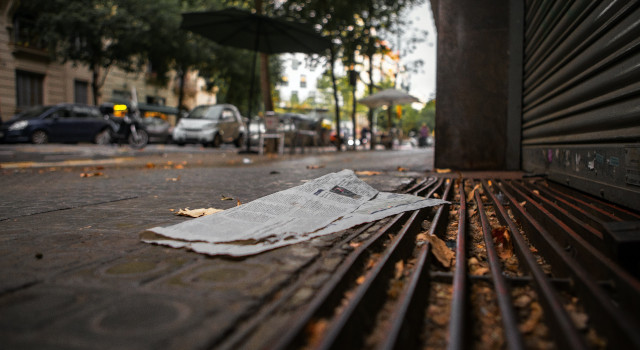 A significant number of people are looking for a financial advisor who can pick when to jump in and out of the markets.

Unfortunately, there are nearly always at least a dozen reasons stock market investments are risky and you might be tempted to pull out.

The market moves every day with about one third of one percent (0.33%) of shares being traded. When there are more sellers than buyers, market makers move the stock price lower. People who sell to cash move the markets significantly. The more people who jump out, the more people who fear that maybe they should get out too.

But when you get out of the markets, you have two decisions you must get correct: when to get out and when to get back in. Each decision often must be within weeks or sometimes days of the optimum moment.

Getting out of the markets

The decision to sell to cash is often made with conviction. Our brains are wired to look for a narrative and then act upon it. The outlook for profits is dismal. The election is looming. The yield curve is inverted. The market has crossed its 200 day moving average. The wrong party is in office. Congress is ruining the economy. We have had a correction of over 12%.

The excuses for abandoning the course are plentiful.

However, movements in the stock market, up or down, don’t have a single cause and cannot be explained by a single narrative. Market prices result from billions of shares of stock being bought or sold. Such volume has millions of causes. Very few of those causes coincide with any given narrative that you might hear through news sources or financial professionals.

Furthermore, any discouraging public news is very rapidly priced into the market.

When bad news comes out that makes investors fearful enough to want sell, some of them sell. Their sales (not the bad news) move the price lower. By the time you see the markets moving down, everyone who has already sold has sold already. They are out of the markets. They won’t move the market again until they get back into the market. It is only if new investors, like you, become afraid and sell that could move it lower.

We call getting out of the markets entirely “flat-lining” as the growth on your portfolio stops. It is almost always a poor investment choice. We try to help our clients stay in the markets.

Sometimes the best advice is when a competent advisor tells you that you are wrong, when they protect you from “The Big Mistake” and stand as strong opposition in the face of pressure. It can feel blunt, cold, and calculated, but it is also virtuous and in your best interest.

When you sell out of the markets, you are fleeing to safety at a time when the reward for risk has significantly improved. If you sell and flat-line, you will likely miss the market’s natural recovery and thus your own personal future recovery becomes very difficult.

During the 2008 Crash, we had a client who was adamant that we sell everything and go to cash just days before the market bottom. The next three weeks were the best three weeks with the market recovering 22.02%.

During this latest downturn (The COVID-19 Bear Market), we had a client who picked the absolute bottom of the market (March 23, 2020) to decide to go to cash. He said, “With the sudden uncertainty in the jobs picture, this will give me greater peace of mind in the weeks to come.”

Another client let the market recover until April 12, 2020 and then explained, “I am 100% sure the downside risk right now. I do not want to participate in that roller coaster. Please get us out of the market. We will come back in in a few months when I feel like the path forward is clear.”

In all these cases, the client was adamant that we sell to cash, even when faced with my strong resistance. At the end of the day, it is our client’s money and responsibility to make the decision.

It is sad because the roller coaster that is feared has already been experienced. The fear that the markets will go lower is already included in today’s current pricing. Waiting for the path forward to become clear means waiting for the recovery to have already happened.

Eventually, the day will come when all of the fearful are out of the markets. The bottom is the day that shakes the last few investors out of stocks, lowering the price and turning the tide back towards a buyers market. Someone will be the last person to sell to cash, and after that sale those who are out of the markets will regret not being a part of them.

The lower the market falls the more important it is to stay invested. Staying in the markets is the number one financial action to prioritize during a market downturn. If you can stomach more, you should also rebalance your portfolio, moving some bonds back into stocks.

Getting out of the markets is the easy part. Getting back in is very difficult.

Getting back into the markets

Once you get out of the markets, you have to time getting back in.

You may have been decisive when you made the decision to get out of the markets, but you will have much less clarity on when you should get back in.

You have made a huge gamble with your retirement money, and now the stakes are high. You are, at least for a time, not diversifying and growing your assets. You have bet them entirely on cash or bonds.

If you are going to wait until the markets recover above the point where you got out of the markets, then you should have just stayed invested. Getting out at one level and getting back in at a higher level is foolish. You are selling low and buying high. You would have done better to simply stay invested and do nothing. The longer you stay out of the markets, the more likely the market is to recover above the point where you exited and never go below that point again.

By the time the news cycle has moved on and you are ready to reinvest your savings, the market will probably have already recovered much of its value. And at every recovery, on account of potential bad news, you will be tempted to sell the bounce.

In 2008, the markets had lost money for 4 weeks, and Goldman Sachs put out a research report that warned that the S&P 500, currently at 683, could fall as low as 400. My first client did not know that he was getting out at the bottom of the markets. He thought he was protecting his assets. By the time the next three weeks had transpired, it was too late.

My third client, who exited the markets on April 12, 2020, is now starting to re-enter markets. They are the first client who has flat-lined who has actually become willing to reinvest. They have agreed to invest a little bit each month until after several months they are fully invested again. Their willingness to get back in is admirable.

At some point in the future, the markets will drop over 20% in its next bear market. Bear Markets are not uncommon and also nothing to be feared. When the markets are next volatile, I hope all of our readers and clients will be willing to stay in.

My experience has been that most investors who get out of the markets because they are fearful get out late and stay out too long.

Getting more aggressive in the markets

Rebalancing does this naturally. Currently our trading schedule is about 8 times a year or twice a quarter. During our rebalancing process, we are looking to harvest losses as we rebalance portfolios.

For normal portfolios during 2019’s stock gains, we were trimming stocks and purchasing bonds in order to keep our client’s target asset allocations. This continued through February 19, 2020 when the market reached a new peak closing at 3,386.15. From there, the market went down. This was a very short Bear market, with 33 days from peak to relative bottom and 148 days back to a new high. Since clients are rebalanced on average every 30 or 50 days, most of our clients received approximately four and a half rebalancing trades during this period with at least one of them close to the market bottom.

In contrast, when you get out of the markets, you flat line and lock in losses. You are betting on your skill at timing the markets in order not to lose a significant amount of money. This strategy may be done in an effort to reduce risk, but this strategy is very risky since the recovery can be steep and missing that recovery can have a dire effect on our finances.

Getting out is the easy part. Incorrect timing on getting back in could be dire. Rather than getting out at all, simply rebalance.

Photo by armin djuhic on Unsplash