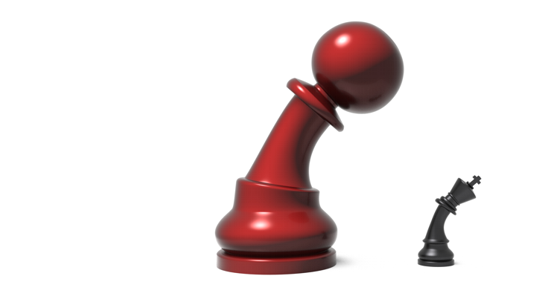 The U.S. Treasury never wanted to surrender control of its currency to a quasi-private agency. But after enduring a recent financial shock and subsequent bank run in 1907, Congress wasn’t careful enough when creating our central bank, the Federal Reserve. Today our currency is called “Federal Reserve Notes.” Its namesake, although openly admitting it is a not a federal agency, has near-complete control of our money.

In 1913 when the Fed was founded, its principal function was to make sure the U.S. banking system could endure bank runs created by unforeseen financial shocks. The agency was to accomplish this task by loaning to its member banks when the banks needed more liquidity. These loans were to be paid in Federal Reserve Notes, a new banknote that the Fed was given the legal authority to issue.

However, as economist Milton Friedman and coauthor Anna Schwartz explain in “A Monetary History of the United States,” just over a decade after its creation, the Fed actually created the panic it was founded to stop. Their policies, Friedman and Schwartz argue, spiraled what could have been an ordinary recession into the Great Depression.

Even Ben Bernanke, a member of the Fed’s board of governors at the time and later the Fed chair, said in a 2002 speech, “Let me end my talk by abusing slightly my status as an official representative of the Federal Reserve. I would like to say to Milton and Anna: Regarding the Great Depression. You’re right, we did it. We’re very sorry. But thanks to you, we won’t do it again.”

In 1933 when the Great Depression officially ended, Congress created the Federal Deposit Insurance Corporation (FDIC). It was tasked with offering government-funded deposit insurance to banks, essentially overlapping the purpose of the Fed.

With the FDIC providing insurance coverage up to a specified limit, the Fed was really only left with the task of catching the banking shocks the FDIC misses.

However, the Fed really shouldn’t be choosing winners and losers in the banking world. It should not be saving some banks by claiming they are “too big to fail” while letting other massive banks go under (like Lehman Brothers, the fourth largest bank in the world in 2008).

And if the Fed simply took the stance it wouldn’t save anyone, banks would always face the consequences of their own risky ventures.

With the Fed around to bail them out, banks are incentivized to borrow depositor’s funds for dicey bets. Their winnings are kept private while their losses can be socialized if the Fed chooses to pardon them. The practice of privatizing profits and socializing losses is hardly a fair system. It disturbs the free market. In economics such situations are called “moral hazards” because they unnaturally incentivize otherwise dangerous risk taking.

In 1971, the United States dropped the gold standard. The country had been keeping it in name only since the Fed’s intake of “free gold” from the 1920s onward. Shortly after, the U.S. dollar, previously a pure silver coin, was replaced and redefined as Federal Reserve Notes.

Then in 1977, Congress amended the Federal Reserve Act, revising the Fed’s purpose. The agency was charged with seeking “the goals of maximum employment” as well as “stable prices and moderate long-term interest rates.” This is often called the “dual mandate” of the Fed: to keep employment high and inflation low.

As the members of the Fed say themselves in “In Plain English: Making Sense of the Federal Reserve,” “The dual mandate is a difficult objective because concentration on one variable puts the other at risk.”

When the Fed concentrates on maximizing employment, they choose to drive interest rates artificially low by increasing the money supply via security purchases and bank loans. An increase in the money supply devalues the dollar, frequently causing inflation.

“On the other hand,” as the Fed says, “if the Fed were to become overly concerned about inflation and refuse to allow the money supply to expand quickly enough, consumers would buy less and businesses would delay expansion plans. Unemployment would likely rise, perhaps to painful levels.”

At various times in history the Fed has favored a rules-based approach to control inflation and the money supply. At other times the Fed has exercised more discretion and tried to boost political concerns such as employment and economic expansion. Study of these periods by John Taylor, professor of economics at Stanford, led him to conclude that “when the Fed is more predictable, steadier, a limited purpose institution, things work better.”

Taylor’s analysis showed that performance of both inflation and unemployment is superior when the Fed simply tries to monitor and manage what it can control: the money supply.

In 2007, the Fed began the policy of quantitative easing, purchasing Treasury bonds. However, its new policy has failed to meet either of its stated goals. Instead, the increased supply of capital it creates both depresses gross domestic product (GDP) and causes inflation.

Quantitative easing is a sneaky way to effectively pardon 77.3% of the U.S. debt while blatantly increasing inflation and driving interest rates as close to zero as possible.

These observations have caused Taylor to suggest that for each 1% increase in inflation, a country’s central bank should raise the nominal interest rate by more than one percentage point (e.g., 1.5%). Similarly, if GDP falls by 1%, then respond by cutting the interest rate by 0.5%.

Oddly enough, simple rules-based reactions to interest rates and the GDP like the Taylor rule probably bring a country closer to full employment than the passion-driven discretion of a more active Fed.

A rules-based system works better because these rules are, at a minimum, in the same direction as free markets would move naturally. Unlike the markets, members of the Fed are able to make decisions that are in exactly the wrong direction if they don’t limit themselves with a rules-based system.

The Fed’s grand missteps can help turn a recession into a depression, encouraging an overactive Fed to make an even greater move in the wrong direction. To protect our currency from the both human error and greed-driven policies that can run rampant in our central bank, we should require rules-based reactions from the Fed.