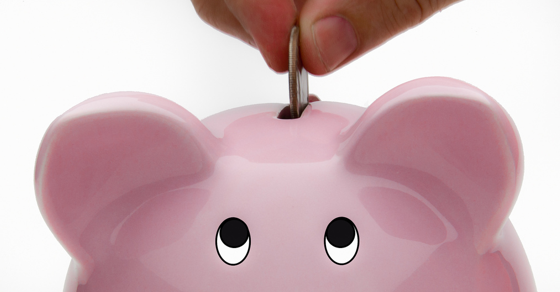 Even though at 38 he’s been retired (untethered from the need to work for money) for 8 years, Mr. MM, as he abbreviates himself, says he’s never used a budget to achieve his successful savings. Instead, he writes, “I have had greater success breaking it down to a much smaller level: the individual transaction.”

Rather than budgeting X percentage to clothes and X percentage to food, he just asks the simple question, “Should I buy this?” at every moment of possible expense.  Mr. MM goes all out with this philosophy — his family bikes everywhere, cooks all meals at home, and overall avoids most purchases — and claims that everyone would be happier if they did  too. He operates under the H.D. Thoreau quote, “A man is rich in proportion to the number of things he can afford to let alone.”

In a longer post on this concept, Mr MM writes:

You just need a new definition of “can I afford it?”

If you still need to work for money, or at the very least, if you’re not saving at least 50% of your take-home pay, you can not afford it. Where “it” is anything.

In certain cases, you will still buy things you can’t afford. Groceries are a good example. A bike is another one, because like all good investments it earns you money rather than costing you. Housing, clothing, and plain old FUN with your friends and family are also things worth buying when you can’t afford them. But your decision-making process will simply be made differently – you’ll be maximizing the Lifetime Wealth delivered by each spending decision, rather than the convenience or short-term pleasure.

You’ll have more fun in both the short term and the long term.

. . . Only by gaining control of your mind and the conveyor belt of false desires it serves up, can you get true freedom in your life. Freedom, unlike convenience, can really bring happiness. It’s a bit dizzying, and maybe even a bit difficult. But once again, it is the good kind of difficulty.

Perhaps the budget isn’t completely ditched though, since having a budget can help many married couples avoid fighting over the finances. However, overlaying this new scheme of transaction-specific budgeting on a traditional budget might be the best of both worlds.

As the kittens of Kittenomics have said before, one way to achieve specific budgeting is to “pick a mental currency, whether its how many hours of work or how many bags of groceries an item will cost you, and use it to dissuade unwise, expensive purchases and encourage the essential, affordable ones.”

In my family, we use everything from familiar grocery store items (like 16 oz containers of feta cheese, one of our special grocery store treats) to hours of work as our alternative currency.

Furthermore, when we really love the idea of something but know the purchase isn’t worthwhile, we take a picture of it. Often times, the joy of sharing the existence of the item with friends and family is the main motivation behind even evaluating the purchase in the first place. Taking a picture means we get all that joy and the money too!