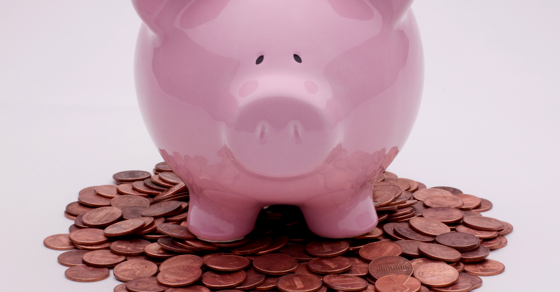 When government officials believe they need to “get the economy going again,” they typically spend money on works projects to flood the market with dollars. If that doesn’t work, they cut interest rates so people can borrow more. These actions have largely failed. Many of them have delayed or diminished economic recovery. Despite the harm of their latest schemes, politicians still cling to their socialist politics or Keynesian economics.

Japanese economists invented the financial policy of quantitative easing in 2001 to intentionally inflate the currency. In the process, they dropped the interest rates of their country to zero. Quantitative easing occurs when the central bank purchases government Treasury bonds or other financial securities. This increases the money supply as well as decreasing the yield of each of those asset categories.

Without this tactic, the government would need to entice purchasers of bonds with a better interest rate. However, by purchasing Treasury bonds on the open market, the Federal Reserve boosts the demand curve. This drives effective prices higher and keeps interest rates down.

These purchases are effectively the same as printing money. But if it was called that, more people would realize it is a bad idea.

Instead of printing money and letting the banks loan it to borrowers of their choosing, the Fed is making dollars more plentiful by loaning new money to the Treasury, via the purchase of Treasury bonds.

That new money pushed into the economy is a shift in the monetary supply curve, making it easier for companies or individuals to borrow and expand. The hope is that corporate expansion will create more jobs. However, most businesses already have excess capacity. They cannot justify borrowing money to expand.

At the same time, quantitative easing makes it less likely for companies to expand without borrowing money. The threat of inflation cripples entrepreneurial activity. Businesses wisely avoid spending today’s expensive dollars on projects whose future success can only be measured in dollars of reduced value.

So although printing money may help corporate expansion based on borrowing, it certainly reduces corporate investment using capital savings.

These low interest rates encourage borrowing money, for example to purchase real estate. But even though investing in real estate may increase personal wealth, it does not help stimulate the economy.

Over $2 trillion was pushed into the economy during Quantitative Easing 1 (QE1) and QE2. QE3 was generating $85 billion a month. The Fed said it will taper this gradually. It has been scaled back now, adding only about $55 billion a month. But with no end in sight, some have called it QE Infinity.

The current federal debt has risen to $17.5 trillion. Almost half of this debt is owned by the Fed ($3.5 trillion) and assorted other government agencies (totaling $5 trillion). By comparison, China only holds about $1.3 trillion.

In August 2011, Standard & Poor’s lowered the long-term U.S. sovereign credit rating from AAA (outstanding) to AA+ (excellent). Last October, credit ratings reflected the possibility that the government might either default on its bonds or reduce the value of its debts by devaluing the currency.

Just like banks look at your debt-to-income ratios to assess your financial health when you apply for a loan, economists look at the ratio of general government debt (GGD) to gross domestic product (GDP) to measure how a country’s debt impacts the economy.

One of the criteria for joining the euro was a GGD:GDP ratio below 60%. The Eurozone also required an annual budget deficit below 3%. Portugal, Ireland, Italy, Greece and Spain hid much of their debt and deficit with creative accounting.

These countries are sometimes called the PIIGS. The acronym references both the first letter of each country and their propensity to overspend and develop large national debt. In 2012 the GGD:GDP ratio for each of the PIIGS was high: Portugal 115.6%, Ireland 110.2%, Italy 114.7%, Greece 158.3% and Spain 78.6%.

The GDD:GDP ratio for the United States was 106.5% in 2002. It is noteworthy that we would not be allowed to join the Eurozone.

Monetary freedom is one of the 10 measures of economic freedom used in the Heritage Foundation’s Index. Since 2009 the U.S. score for monetary freedom has dropped from 84.0 (mostly free) to 75.4 (moderately free).

Although this measure still puts us just above average worldwide, it is not reassuring. All it takes is a picture of trillions of Zimbabwe dollars in a wheelbarrow worth more than the money it carries to remind us that a fiat currency doesn’t necessarily have value.

U.S. debt is not going to be paid off by increasing taxation on any group of people no matter how wealthy you judge them to be. It will primarily be eliminated by devaluing the currency, which is a tax by inflation that hurts those who keep their wealth in fixed income.

Quantitative easing is a sneaky way to make everyone dealing in U.S. dollars pay off the U.S. debt. To accomplish this, the government needs to devalue the currency faster than it is increasing the debt, effectively pardoning the difference.

In 2013, the debt grew by 5.3% while the currency was devalued by at least 4.1% (GDP growth plus official inflation rate). This means the government effectively pardoned 77% of the 2013 debt increase, paid for by using your former purchasing power.

The primary effect of taxes on the rich is slowing GDP growth, which makes the devaluation of the currency show up more in inflation. This is again a regressive hurt, harming those who haven’t invested in appreciating financial securities.

Although the current administration talks about solving wealth inequality, its current policies have harmful consequences for the poor, whether intended or not.