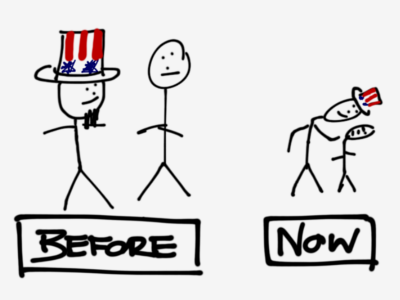 The Federal Reserve Board’s Monetary Policy Report is issued twice a year to Congress in February and in July. Its purpose is twofold: to educate Congress on the state of the economy and to inform legislators about what the Fed is doing to influence outcomes.

As usual, the most interesting aspects of the report lie between the lines of apparent contradiction.

The conflicting information has to do with the so-called tapering of asset purchases. If you read the headlines, you know the Fed has decreased its new monthly purchases from $85 billion to $65 billion. At first glance this would suggest a reduction of Federal Reserve influence in the bond markets.

However, the Fed doesn’t see any tapering of influence. In Ben Bernanke’s testimony, he asserted that Federal Reserve actions would maintain downward pressure on long-term interest rates.

What isn’t broadly reported is that the supply of mortgage-backed securities (MBS) issuance has dropped dramatically. Before January, the Fed was using $40 billion a month to support the mortgage markets. A reduction to $30 billion would seem like a significant reduction of $10 billion over two months. However, during the same period, the issuance of MBS dropped $20 billion due in large part to decreases in refinancing. Over the last year, mortgage-related issuance has fallen $110 billion and there is no indication of resurgence. Although the amount of monthly Fed purchases has decreased, the influence of the Fed has increased relatively to the size of the mortgage markets. I don’t call that tapering.

Significantly, the Fed is also reinvesting maturing assets each month. It is not only the new asset purchases but also a war chest of Treasury bonds and MBS that are being reinvested. The text of the report makes it clear that the Fed’s influence continues to grow:

“While deciding to modestly reduce its pace of purchases, the Committee emphasized that its holdings of longer-term securities were sizable and would still be increasing, which would promote a stronger economic recovery by maintaining downward pressure on longer-term interest rates, supporting mortgage markets, and helping to make broader financial conditions more accommodative” [emphasis added].

By keeping rates low, the Fed is able to make monthly house payments more affordable than they would be otherwise. Targeting this stimulus to housing has a leverage effect on household wealth.

This targeted support to the housing industry has come under increasing criticism. Three Federal Reserve regional bank presidents called for phasing out of these purchases more quickly. Jeffrey Lacker, the Richmond Fed chief, suggested that all MBS reinvestments should be added back into Treasury purchases. The Philadelphia chief said he would like to see the Fed get out of MBS entirely. Because the Fed has never before played such a significant role in the housing market, it is impossible to know what the full effects of their phasing out will mean for the economy. The smart money has been with Lance Armstrong, any baseball player with ties to BALCO (e.g. Bonds) and the housing market as long as they are juiced up.