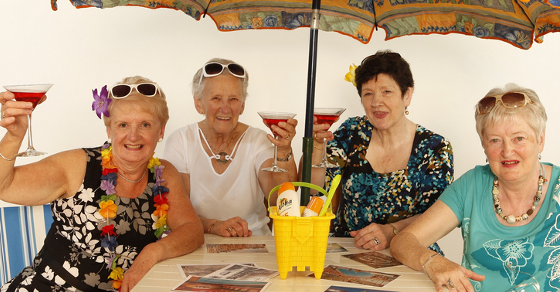 When the Social Security Act was enacted in 1935, widows and widowers could receive a onetime payout equal to 3.5% of total wages earned. It only took a few years before this lump-sum approach was found lacking. A hodgepodge of new regulations were created to ensure that retirees who might already be overwhelmed would have to depend on equally confused Social Security representatives to guide them.

Here’s one of the more interesting regulations I found while researching this article. To avoid turning hospice into a wedding hall, Social Security ruled that you must have been married for at least 9 months before the insured died to qualify for widow or widower benefits.

Combining the many variations of survivor and personal benefits are best viewed like a patchwork quilt in which each section has its own unique characteristics and designs.

Understanding survivor benefits is simplest when both spouses are older than FRA (age 66 for current retirees). If the surviving spouse had already begun claiming benefits, they will be assumed to have filed for survivor benefits at the time of their spouse’s death. Assuming both spouses are eligible for benefits on their own earnings record, the surviving spouse keeps the higher benefit of the two.

For example, if Norm dies first and Nancy is receiving a wife’s benefit at the time of his death, the wife’s benefit will go away and she will inherit her husband’s larger retirement benefit. Often this means that total Social Security paychecks to the household are cut by at least 33% when a spouse dies – a potentially challenging cut. The death of a spouse typically drops household expenses only an estimated 15%.

If both you and your deceased spouse are eligible for benefits, you can start with one and then switch to another. Generally speaking, this group of survivors will find it’s best to start off with the lower benefit at age 60 or 62 and then switch to the larger benefit in later years. (Survivor benefits continue to grow until FRA, and personal benefits keep growing until age 70.)

Assume Susan is a widow with a personal monthly benefit of $800; her deceased spouse had a benefit of $2,000. Assuming normal life expectancy, Susan should file for her own benefits at age 62 (when she gets only 75% of $800, or $600/month) and then switch to the larger survivor benefits at her FRA.

The penalty that Susan incurred for taking her own benefits early does not carry over to her survivor benefits when she takes them later. If she waits until her FRA, she gets 100% of her deceased spouse’s retirement income benefit.

If your spouse claimed benefits before FRA and then died, their penalty for taking benefits early may get passed along to you. This penalty only applies if a surviving spouse attempts to delay receiving survivor benefits past age 64.

Returning to the earlier example, assume that Cheryl’s spouse Ronald filed for his own benefits at age 62 and then died when Cheryl was age 60. If Cheryl begins taking benefits right away, she’ll receive the same amount we discussed earlier, 71.5% of Ronald’s age 66 benefit. However, if she delays, the most she will receive is 82.5% of his benefit – meaning there is no point delaying past age 64. (The early claiming penalty doesn’t affect those who spouses were on SS Disability.)

Do your homework before filing for Social Security. If your financial advisor is not an expert in these areas, consider using an optimizer like the ones available at Social Security Solutions before making one of the most critical financial decisions of your life. You can also post questions to Social Security expert Larry Kotlikoff who regularly answers questions on the PBS NewsHour. Another option is to join and post your question on the Bogleheads forum where several Social Security experts typically respond within a day.