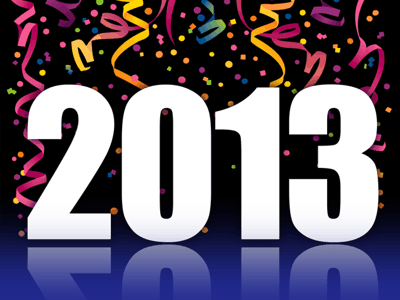 The new year typically prompts us to make new resolutions, and our country certainly needs some resolve. The first and most critical decision we the people could make is to pay off some of our debt.

We venture into dangerous waters when as individuals we have an equity line of credit on our house, car payments or credit card debt. Our country is no different. If compound interest is an engine of growth, interest payments are the death spiral of bankruptcy. Ultimately we must live within our means.

Government debt is difficult to curb because politicians often choose to leech more tax money rather than face tough choices. The current administration seems to believe it can arbitrarily increase its means without any unwanted side effects. Just as you cannot receive a blood transfusion by slicing open your veins, so too government cannot get out of debt by confiscating money from the most efficient producers. The loss jeopardizes the patient’s recovery.

Both the government and its funding have limits. Money buys things, but it can’t legislate behaviors. Money cannot eliminate discrimination. It cannot instill a work ethic. And it cannot both leave people free to choose and then decide it doesn’t like the unequal outcome of those choices. Government is not the answer to most of life’s problems.

For example, government cannot solve economic inequality. Freedom in America includes the choice not to work. Government can take the wealth of some people and give it to others using the blunt instrument of the tax code. However, such redistribution is anything but fair. It discriminates against people because of their marital status or their productivity. It fights against the very economic forces that could provide prosperity.

But when we discriminate against certain dollars, we keep them from being spent on what economics suggests are the most valuable uses. Treating dollars differently because of how they are earned is economically destructive. People produce more than they consume to gain a profit. And whatever they decide to do with it helps the economy.

If they spend it on themselves, it is good. If they save and invest in another business, it is even better. Even if they burned the money, the world would be a better place because they were productive. Burning the money would be a way to distribute the value to everyone else holding dollars by making their dollars more scarce and thus more valuable.

A progressive income tax discourages production beyond a certain point. An inheritance tax hurts family businesses. And a sales tax limits the benefits of voluntary exchange. The fairest taxes are levied equally on each person or equally on each dollar. In either case we would not be sucking blood from our own vital organs.

Getting out of debt requires more government revenue or less government spending. Revenue is maximized by an economic freedom that encourages as much free enterprise as possible coupled with a flat tax. The current legislative compromise punishes married couples who are both productive. Spouses who each earn $250,000 with an additional $100,000 in capital gains will pay about $27,000 more than an unmarried couple who simply live together.

The dollars earned by two successful spouses are treated harshly in the tax code, in effect discouraging their production because they married well. There is a limit beyond which a higher tax rate will result in less tax collection. Increased taxation suffers from the law of diminishing returns.

As a result, the second resolution must be to spend less rather than collect more. We each must distinguish between our needs and our wants. Some of the latter must remain unfunded so we can live within our means.

The government is extremely inefficient. First, it has no competition for its services. It is as though total strangers had the job of running your family budget and ended up spending the money you earned on their own overhead.

Second, the government does not need to be solvent. Because it has no earned income, it can spend money it doesn’t have indefinitely. It can lose money every year. And when needed it can print money, devalue its debt or simply put the burden on your children or grandchildren.

Third, government programs are almost entirely free for their recipients. If I were running your budget, you would be grateful for whatever you received. If I provided top sirloin for your cat, for example, you would accept it. The economic inefficiency, or deadweight loss, would not matter. This encourages an entitlement mindset in everyone who benefits from the programs. In the best designed systems, in contrast, the person who pays also benefits and makes the decisions.

However, in this example, as well as for most of such programs, you should be the person responsible for your own budget. Government isn’t strong enough to shoulder everyone’s personal responsibility. Shifting middle-class responsibilities to government both increases their cost and burdens the most productive. Safety nets for the poor may be necessary, but middle-class hammocks are more than we can afford.

When government does for individuals what they could for themselves, we are heaping their individual responsibilities onto a small group of people who are trying to be productive for their families. This discourages personal responsibility on both counts.

To fulfill these financial resolutions of spending less, living within our means, and paying off our debt, the country first needs to encourage production rather than discourage it.