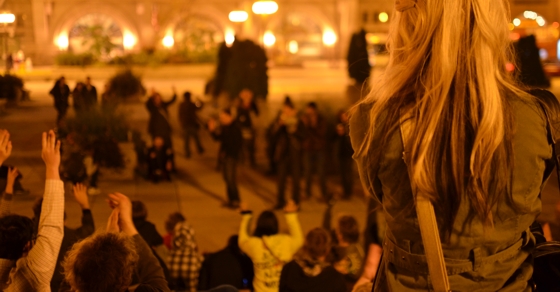 Citizens are more willing to support tax increases when they believe someone else will be paying them, especially if they think that someone deserves it. Consequently, when looking for sources of revenue, government officials like to find an unpopular vice and slap a tax on it.

The earliest and first U.S. tax-inspired revolt was the 1791 Whiskey Rebellion. The federal government, just two years old, was $54 million in debt from the American Revolution. Another $25 million was owed by the states. Combined, the debt was the equivalent of $1.975 trillion in today’s dollars.

Alexander Hamilton, the first secretary of the treasury, argued that the federal government should pay the entire debt to build national unity and strengthen the central government. He built a coalition of states eager to receive free federal money. Then he partnered with social reformers anxious to use a new excise tax to discourage alcohol consumption. The act became law, and President George Washington defined revenue districts and appointed tax collectors to each one.

Lesson 1: Beware politicians who ask your permission to pick another person’s pocket. Simpler and broader methods of taxing are fairer than highly targeted taxes. The “let’s tax that guy” mentality slips into systemic oppression and incentivizes rent seeking.

Hamilton thought an excise tax on alcohol would be a luxury tax borne mostly by the wealthy, a sneaky way to make the rich pay off the debt. He was wrong.

Frontier farmers often had excess grain and needed to get paid for it. But grain was bulky and difficult to transport over long distances to paying customers. So they regularly turned their excess grain into whiskey which was easier to ship and the alcohol kept the product from spoiling.

After distilling, 1,200 pounds of wheat, oats or rye produced just 20 gallons of spirits weighing only 160 pounds. After journeying to eastern markets, the whiskey was sold for $1 per gallon. It was one of the few cash crops for the western frontier.

Whiskey also improved with age, making it a medium of exchange for businesses west of Appalachia.

For the frontiersmen, this so-called sin tax was effectively taxing their currency.

And the tax increased with the proof of the spirits, ranging from 30 to 40 cents per gallon. To the average consumer the tax was $1.50 a year. But to the farmers the government was taking $6 of their annual $20 income. They relied on this cash to purchase their supplies for the entire year.

Thus in an attempt to tax liquor sales in Philadelphia, Congress effectively killed the entire economy of frontier farmers.

Lesson 2: The economy is complex. Advocates of big government believe controlling the economy is simpler than it is. Advocates of the free market have a more humble attitude toward our lack of ability to dictate everyone’s behavior.

What made the taxation of 1791 worse is that many of these farmers were veterans of the Revolution. They had just fought a war over onerous British tea and stamp taxes only to be betrayed with even higher whiskey taxes.

In response to the excise tax, some 7,000 frontiersmen rose up in western Pennsylvania to protest. They called on delegates to attend a more formal assembly. The convention petitioned the government with a list of grievances. They modeled their actions after the American Revolution. The tax was reduced by a penny, but still no one paid it.

Tax collectors were tarred and feathered. Even some who collaborated with federal officials and paid the tax had their stills destroyed.

Lesson 3: The fairer the tax, the less violent the response. The fairest tax would be a head tax in which everyone owed the same amount. Anything more complex can pit one faction against another and incite rebellion.

Hamilton counseled Washington to put down the rebellion and inspire the fear of punishment in the new citizens. Washington raised an army of 13,500 men. Hundreds of suspects were rounded up and detained in corrals. Twenty were put on trial. Two were convicted and later pardoned by Washington.

Lesson 4: If a law is not worth an army, it shouldn’t be a law. Every government decree should meet this very high standard. It must be so important that it is still worth doing even if the government has to create an army to enforce it. Every government tax or regulation requires force or the threat of force to be meaningful. Legislators should ask themselves, “Is this law worth raising an army and fighting the citizens over?” If the answer is no, their vote should be the same.

Jefferson had already resigned from the cabinet at the time of the Rebellion, but he communicated his thoughts to James Madison: “The excise law is an infernal one. The first error was to admit it by the Constitution; the second, to act on that admission; the third and last will be, to make it the instrument of dismembering the Union and setting us all afloat to choose which part of it we will adhere to.” Needless to say, just after being elected president, Jefferson hastily abolished all the excise taxes.

To this day, historians disagree on how much Hamilton sought to provoke violence to justify strengthening federal control. Some call it conspiracy theory. Others quote Hamilton’s own words in support.

Although the quelling of the Whiskey Rebellion established the sovereignty of “we the people” to tax and oppress any selected group, it did not raise much in taxes. Even after the rebellion was pacified, the tax was still largely uncollectable.

Jefferson repealed the Whiskey Tax as well as all other internal taxes as soon as he became president in 1801. He claimed that closing the bureaucracy and overseeing tax offices made the taxes unnecessary. He also ran a surplus for his years in office, enabling him to pay down the debt from $83 million to $57 million by 1811. The discontent subsided.

Lesson 5: Tax cuts can cause a government surplus, whereas tax increases can cause rebellions.