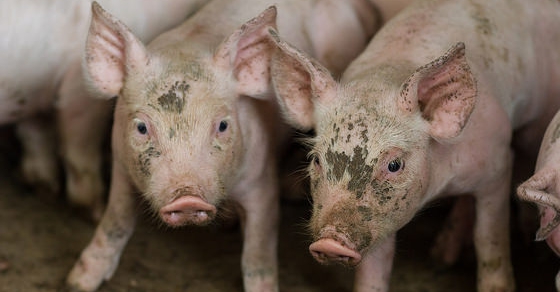 Today, income taxes make up 50% of all tax revenue this country collects. The highest marginal rate is 39.6% and the tax code is thousands of pages long. But from the beginning it was not so.

The Revenue Act of 1861 brought the first income tax to the US as an ostensibly temporary measure to fund the Civil War. This first income tax imposed a flat 3% tax on all income above $800. 1861 would be only one of two years in American history where the income tax was not progressive. The tax was immediately repealed and changed to 3% on incomes above $600 and 5% on incomes above $10,000 in 1862. Two years later, the rates were made still more progressive .

Income taxes were extremely lucrative for the North during the Civil War; according to Tax Analysts , its increasing progressive structure federal receipts to increase “from over $20 million in 1864 (when collections were made under the 1862 income tax) to almost $61 million in 1865.”

As Americans began to realize that extensive tariffs are not particularly good for the economy, they looked back to the income tax as an alternative revenue stream. The Wilson-Gorman Tariff Act of 1894 lowered tariffs and imposed a 2% income tax on income over $4,000. This time, the tax was challenged in court.

Because the drafters of the Constitution saw potential for direct taxation to be administered unfairly, they included restrictions on the process. Article 1 Section 9 of the Constitution declares that direct taxes could only be levied upon states in proportion to their population compared to the nation as a whole. In 1895, Pollock vs. Farmer’s Loan ruled income taxes unconstitutional because they violated that clause.

Tariffs taxed people disproportionately – they drove up prices of consumer goods, which hit the poorer southern and western states hardest. It was these states, despite their present conservative reputation, that championed the income tax, which primarily burdened the industrial Northeast. Taxed unequally, the poor populous states decided to soak “the rich” with unequal taxes.

A simple thing like the Constitution was little impediment to class envy. In 1909, President Taft proposed a constitutional amendment that would explicitly repeal the mandate that direct taxation be in proportion to a state’s population, allowing income taxes to be levied. In 1913, enough states ratified the Sixteenth Amendment and it became a part of the Constitution. (Rhode Island, Connecticut, Utah, and Virginia have never ratified it, to this day)

This is the only amendment to repeal a part of the original Constitution. Other amendments clarify and add details. The 21st Amendment repeals the 18th (Prohibition), which merely reverses an ill-advised edit. The only time the original terms of the Constitution have been explicitly rejected and changed was to give the government the right to tax people unequally.

The income tax’s roots lie in class envy. Alexander Hamilton in Federalist 36 wrote that it should be “a fixed point of policy in the national administration to go as far as may be practicable in making the luxury of the rich tributary to the public treasury.” He saw wealth not as property belonging to a person as a right, but luxury that, as much as possible, should be taken away for the benefit of others. For Hamilton and people like him, it is a virtue to forcibly confiscate property as long as the victim is unpopular.

The income tax has always been unfair – that is its precise appeal. The concept is well-meaning; to lift the burdens of the most burdened is virtuous. But to forcibly do this at the expense of an unpopular minority (“the rich”) is heinous, particularly because there is no clear way to determine who “the rich” are. There is always more to take from those who have more. That is why the first thing that happened after deciding in 1861 that the industrious ought to be taxed more than poor is that rates were raised on the wealthiest. That is why they have fluctuated so wildly across history.

There is always more to take. When a government with the power to take everything believes property is “luxury” and that it is right to wrench it away to give to someone else, there is no clear way to stop.

Case in point: Franklin Delano Roosevelt. In Executive Order 9250 , he raised the top marginal rate on incomes above $25,000 (the equivalent of $358,442 today) to 100% (Title 2 Section 7 of the Order). This was not about revenue. He unilaterally declared that the maximum American salary could be $25,000 “to correct gross inequities and to provide for greater equality in contributing to the war effort.”

The history of tax rates and the attitudes of those in power demonstrate an attitude that wealth is not private property, yours by right. It is considered the property of the government, temporarily held by you until the “public good” is in need of it.

Even when fervor for income taxes was so high that people tampered with the Constitution to give the government more money and power, what they came up with was a marginal rate for the wealthiest Americans that was lower than the rate we charge the poorest today. That highest marginal rate applied to people who made more dollars without inflation than today. The highest tax rate has fluctuated from 7% to 94% and back according to the whims of politicians. The tax rate for the poorest Americans has gone from 1 to 10%. How could that happen if the income tax is really about fairness?

The government does not have our best interests at heart – it has its own. Income taxes are about revenue, plain and simple. Disproportionately taxing “the rich” served both the poor and the government, but always the government first. The government gets a cut of every dollar it takes, and the more money it takes, the more it keeps for itself.

Two years after the Constitution was adopted, the Whiskey Rebellion demonstrated that America would go to war to collect taxes. Alexander Hamilton championed the tax that inspired not the rich, but poor farmers, to rebel. George Washington oversaw war against his citizens over unpaid taxes eight years after winning his Revolutionary War inspired by taxes as a rebel himself. The federal government shot first.

Is the government really on your side as it promises?