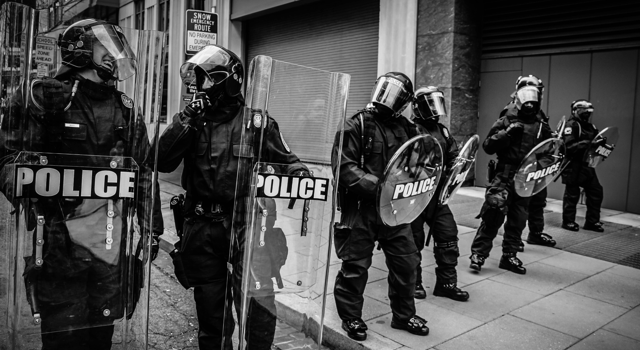 Ideas about power can be divided into two categories: 1) coercion through violence, threats, or intimidation and 2) bribery through money, rewards, or favors.

Furthermore, regardless of the bribe offered, I am still free to ignore the deal and choose another course of action.

But with coercion, I am not given a choice. Their threat combined with my own self-preservation limits me.

My options are restricted to only those that they have decided to allow. If they are benevolent, they limit the list to what they believe to be in the best interests of society. However, even if it is the best interest of 80% of society, society includes the other 20% who used to be free to pick a better course of action and now are forbidden by law.

The coercive power of government is more dangerous than the free market specifically because special interests always use it to circumvent the regular legal or economic system.

Many people mistake government and private enterprise collaboration as public support for free markets. Nothing could be further from the truth. Government involvement is more akin to the referee playing on the field. And when the referee starts playing on the field, the game is no longer fair. If the referee scores more than the competitors, the game is not a success. This type of intervention is the definition of fascism, socialism with a capitalistic veneer.

In a true free market, if you don’t benefit from doing business with someone, you have options. A coercive government does not offer you a choice. They can and do change laws to favor businesses that should fail and to punish their competitors. That is the most dangerous power.

On April 10, 2018, David John Marotta appeared on Radio 1070 WINA’s Schilling Show to discuss the question: What is worth using the government’s threat of violence?

As we learned from the Whiskey Rebellion, if a law is not worth an army, it shouldn’t be a law. Every government decree should meet this very high standard. It must be so important that it is still worth doing even if the government has to create an army to enforce it. Legislators should ask themselves, “Is this law worth raising an army and fighting the citizens over?” If the answer is no, their vote should be the same.

In this program they talk about how the government is using its threat of force to decree everything from the proposed Albemarle County “Rain Tax” to the California ban on rainwater collection, from a mandatory business survey to onerous tax reporting.

Photo by Spenser H on Unsplash