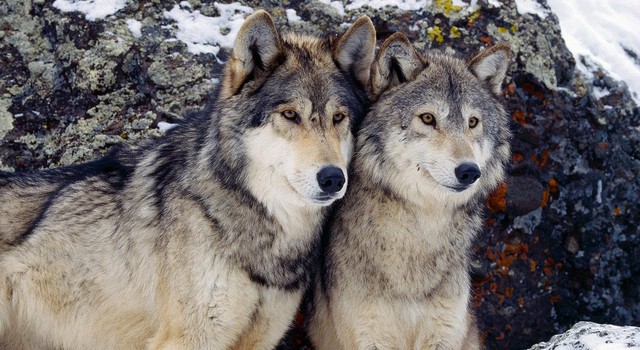 For years the SEC had been allowing broker-dealers posing as investment advisors to be exempt from fiduciary requirements under what came to be known as the “Merrill Lynch rule.” However, in 2007, the Financial Planning Association sued the SEC for not enforcing the law and won.

In 2007, the Financial Planning Association won a lawsuit that it filed against the SEC to force them to enforce the registration provisions of the 1940 Investment Advisors Act against Merrill Lynch. In an attempt to resolve the dispute, the SEC had proposed the following disclosure in lieu of registration:

Your account is a brokerage account and not an advisory account. Our interests may not always be the same as yours. Please ask us questions to make sure you understand your rights and our obligations to you, including the extent of our obligations to disclose conflicts of interest and to act in your best interest. We are paid both by you and, sometimes, by people who compensate us based on what you buy. Therefore, our profits and our salespersons’ compensation may vary by product and over time.

You would think that losing the lawsuit would mean that the SEC would start enforcing the law and require that everyone register. However, you would be wrong.

As a 2012 article entitled “On 5th Anniversary of FPA’s Win on ‘Merrill Rule,’ Fight Continues” reports:

Thompson says financial planners and FPA members continue to bring up the suit with him. “There was a lot of frustration” among planners, he recalled, over not getting the SEC to “listen to the financial planner’s viewpoint, not just Wall Street’s.” He says that while the successful suit led to much in the way of positive feelings “at least on the financial planner side, it also exacerbated and polarized feelings” between the broker-dealer and the investment advisor communities.

Recalling some uncertainty at the FPA over the wisdom of suing the SEC, Thompson says “it was a major decision” for FPA’s board “to come to grips with the idea.” Then as now, the FPA was composed primarily of “small-businesspeople,” and among such people, “ a lawsuit is the last thing you want to do.” By contrast, in the securities industry and among some other associations, filing suits “is a standard tool in the quiver of many associations.” …

Thompson argues that filing suit against the SEC, while risky, was also a “perfect forum” for a group like the FPA, which was “always outgunned in terms of lobbying and resources” but in court had, as other advocacy groups have, a “level playing field.”

In other words, it took a lot of frustration to even bring the mom-and-pop-shop advocates in the Financial Planning Association to bring suit and the SEC seems to be ignoring the fact they lost.

Since the Financial Planning Association’s victory, the SEC has failed to create a single, inclusive best-interest rule to protect investors. Brokers are still not subject to an SEC-mandated fiduciary standard when they sell asset-based accounts, despite the industry’s move toward asset-based fees. …

At the heart of the matter is a question: Who is (and who isn’t) an investment advisor? The Investment Adviser’s Act has an explicit fiduciary rule requiring an investment advisor to always act in a client’s best interest, while the law and rules governing brokers allow them to choose an investment that is merely good enough for a client, even if it pays a higher commission and costs more than other investments better suited for the client. …

Without the equal application of fiduciary “best-interest” standards to every type of broker who charges fees for advice and products, it’s “caveat emptor for investors,” Moisand says. “There’s a place for that, just not in an office where someone is holding themselves out as a trusted advisor.”

He says his firm does hear from clients who mention a fiduciary standard from time to time, “but we also still see investors who have worked with brokers and have no idea that their entire retirement portfolio is invested in annuities that cost them as much as 5% annually. Sometimes, to make matters worse, the broker has put the annuities inside an IRA.” …

What is his ETA for a comprehensive fiduciary rule that would apply to advisors and brokers alike charging fees for advice? “It was 1940,” quips Moisand, referencing the year the Investment Advisers Act of 1940 was enacted.

Whether you think the SEC is ten years delinquent on their enforcement of fulfilling the court order or 77 years late on enforcing the law, you should not look to the SEC to protect you from commission-based sales people. Even the Department of Labor’s attempt at a Fiduciary Rule is fraught with exceptions to allow the commission-based world to pretend to offer advice and gouge clients with fees.

The simplest way to ensure that your financial advisor’s advice will not be tainted by their own interest to get paid a commission is to work with a financial advisor which refuses to accept any commissions. There is a name for that: “fee-only.” And there is an organization whose membership requires them to be fee-only and offer comprehensive financial planning: The National Association of Personal Financial Advisors (NAPFA).

There are, unfortunately, very few comprehensive fee-only financial planners in the country. Currently there are only about 3,000 NAPFA members out of about 77,000 of those with the CFP designation and 275,000 Investment Advisor Representatives registered in various states.

Although it is possible to be fee-only without being a member of NAPFA, it is not likely. My estimate is that at least 93% of the financial services world is comprised of commission-based individuals and that most of the financial services world primarily provides investment advice. Comprehensive financial planning is very difficult and time consuming, but it can also bring a greater value than investment-only advice.

You deserve a fiduciary standard of care. Government legislation has failed to enforce that standard since 1940 despite there being a law requiring it. Even successfully suing the government to enforce their own laws has failed for a decade. It is up to you to choose a fee-only fiduciary offering comprehensive financial planning.