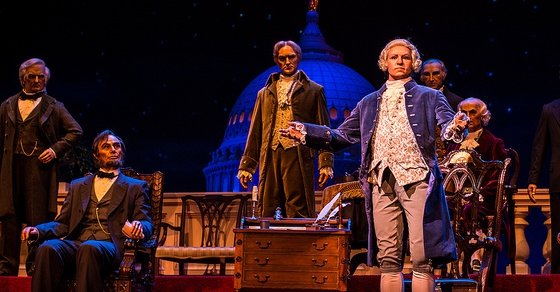 President Obama is reportedly “very interested” in raising taxes through executive action . Apparently, both he and Bernie Sanders believe the IRS has the authority to change unilaterally tax rules to collect over $100 billion over 10 years, even though that power belongs exclusively and explicitly to Congress.

Before the Constitution was ratified in 1789, its proposed mechanism to tax people directly was highly controversial, though it was a far cry from direct taxes we know today (FICA, income, and property taxes). For the Federalists, “direct” taxation took the form of the federal government asking each state for an amount of money proportionate to its population and each state determining how to raise that revenue.

This was controversial because at that time in history (and until 1861), the government was funded almost entirely by indirect taxes on goods and transactions, such as tariffs.

James Wilson a Federalist, an author of the Constitution, and one of the first Supreme Court justices, gave a speech in 1787 to explain and advocate for the new proposed Constitution. The speech was distributed through Pennsylvania and is arguably as significant to the ratification movement as were the Federalist Papers. In it, he makes four arguments to defend direct taxation.

His first defense of the controversial power in question is that the government will never use it:

I will venture to predict that the great revenue of the United States must, and always will, be raised by impost [tariffs], for, being at once less obnoxious and more productive, the interest of the government will be best promoted by the accommodation of the people.

Then again, if the power will never be used, why grant it?

He was also wrong. The power was used in 1861, then expanded in 1894. That expansion was struck down in the court as unconstitutional, prompting its supporters to simply change the Constitution to allow it, giving us the modern income tax. Income taxes now collect 50% of the federal government’s revenue, tariffs only 2.4% – so much for tariffs being “more productive”.

Wilson disjointedly follows up his assurance that direct taxation will never happen with a promise that even if it did, it wouldn’t be that bad anyway:

Still, however, the objects of direct taxation should be within reach in all cases of emergency; and there is no more reason to apprehend oppression in the mode of collecting a revenue from this resource [direct taxation], than in the form of an impost, which by universal assent, is left to authority of the federal government.

Wilson’s third argument is that enforcement of these taxes would not be burdensome:

In either case, the force of civil institutions will be adequate to the purpose; and the dread of military violence, which has been assiduously disseminated, must eventually prove the mere effusion of a wild imagination or a factious spirit…

In other words, even if direct taxation (that won’t happen and will definitely not be burdensome) does bother people into disobedience, “civil institutions” like the police should be enough to force them into line.

This is supposed to be comforting because the military will not be needed to enforce tax law. He follows this (ultimately cold) comfort by casting aspersions on those who disagree with him – those fearing military enforcement of tax law are, to him, crazy (“wild imagination”) or argumentative without reason (“factious spirit”).

But if police power is not sufficient to coerce obedience, law enforcement necessarily falls to the military. In the end, every law can only be enforced at the point of a gun. That was proved just four years after Wilson gave this speech.

The power of indirect taxation (“Less obnoxious”? “Accommodating”?) inspired Appalachian farmers to take up arms against the new American government in the Whiskey Rebellion.

The “dread of military violence” which Wilson treated as some fever dream crushed the rebellion. It was military violence at the hand of President George Washington, supported by Alexander Hamilton, architect of the offending tax.

Wilson’s final argument in defense of the Constitution’s powers of taxation is actually just a personal attack:

Every person…who enjoys or expects to enjoy a place of profit under the present establishment [the Articles of Confederation] will object to the present innovation [the Constitution]; not, in truth, because it is injurious to the liberties of this country, but because it affects his schemes of wealth and consequence.

Wilson asserts that everyone who profits under current law will disagree with the Constitution. There will always be people who benefit under any law, and those people will probably oppose a change in the rules that benefit them.

But it is spoken like an argument, which naturally leads his audience to seek a concluding truth. Wilson is careful to omit the conclusion because what his argument implies is false.

He says everyone who is wealthy and greedy disagrees with the Constitution. The implied (but false) inference is that everyone who disagrees with the Constitution is wealthy and greedy. This is not true, but we naturally learn through leaps like this, so it is easy to “feel” true. Wilson counts on the audience filling in his blank.

Like Wilson, Obama and his administration ultimately dispense with reasoned arguments. They assert conclusions and allege that opposing viewpoints are irrational , delusional , and racist . They do not “welcome debate ” – Edward Snowden is prosecuted as a traitor despite proving that it is not paranoid to believe our government is spying on us.

Wilson’s naïve beliefs in the benevolence of government have been proven wrong and will be proven wrong again and again. The speed at which this happened should give us pause when we hear demands for even more government power. And those beliefs have brought us as a president who unilaterally changes health insurance law, immigration law, and wants to raise taxes by fiat.

Those powers are more befitting a king than a president.

We fought for the right to retain our property, our liberty, and the integrity of our laws.

President Obama does not.

He fights for government property, liberty for agents, and subversion of the clear principles of our governmental structure .