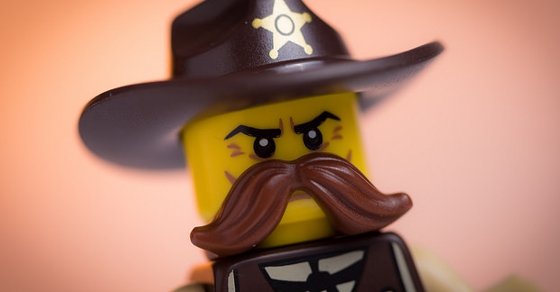 Investing in America began with bankruptcy. In the early 17th century, the hottest stock in England was the Virginia Company of London. Instead of adding to their fame and fortune, wealthy investors gained several hard insights from this first company to go bust on American soil.

Fame Is Not To Be Confused With Fortune

By 1609, the Company was two years into the Jamestown settlement and despite many setbacks from rugged conditions and native attacks, Virginia Company trustees captured enough public interest to issue a second stock offering. This wasn’t quite tulip bulb euphoria but it is safe to assume that any new information on this overseas enterprise was a hot topic in every pub from London to Liverpool.

To publicize the glory of joining ranks with the Virginia Company, investors were given the moniker “adventurers” which sounds better than “people who are willing to take huge risks with their life savings while sitting on their 17th century couches.” Name tags are no substitute for a return on investment. It is safe to assume that any investment opportunity offering a social benefit is likely coming at the expense of a return on your capital.

Exclusivity Is A Poor Predictor of Performance

A single share of Virginia Company stock cost 12 pounds 10 shillings, the equivalent of over six month’s wages for an ordinary working man. As you can imagine, the high cost of ownership culled shareholders into a who’s who of English society.

Today’s investors continue to be wooed by the allure of elite hedge funds only available to those with enough wealth or income to meet the “accredited investor ” standards of the Securities and Exchange Commission. Despite our efforts to expose the unjustifiable costs and underperformance of hedge funds, their greatest attraction seems to be the fact that average investors are barred from accessing them.

Doing Good Is Not A Business Plan

The marketing campaign for the Virginia Company relied heavily on a stream of ministers in support of their effort. Printing sermons may sound like a strange marketing strategy in modern times, but if there was one idea that bound England’s established Anglicans and upstart Puritans together, it was the idea that the Native Americans must be ushered from savage paganism and protected by Catholicism. Royal Chaplin, Daniel Price, called the Virginia Company’s colonization effort “the most worthy Voyage that ever was effected by any Christian, in descrying any country of the world.”

The modern divorce between moral responsibility and wealth management swings to the other end of the spectrum. Faith-based zeal is good complement but poor substitute for a prudent business plan.

The pursuit of survival in the New World left little space for pursing the religiously inspired motivations of investors. After failing to identify a plentiful source of valuable natural resources, colonists found a profit source that many considered a detestable vice in the home country: tobacco.

In fact, King James so despised tobacco he wrote a treatise enumerating its many health dangers and described the odor as “hateful to the nose.” Tobacco would grow to become Virginia’s most valuable export, but not quickly enough to offer much benefit to investors.

As the financial stability of the Virginia Company crumbled, the top officers resorted what should have been a final warning to savvy investors. From 1612 onward, the Virginia Company offered a series of lotteries to provide most of its revenue. As morally dubious then as it is today, lottery revenue helped keep the colony afloat for a dozen more years.

Instead of saving native souls, the Virginia Company brought tobacco products and lottery tickets to their fellow Englishmen. Dark irony should be expected when doing good is a substitute for a solid business plan.

The trustees of the Virginia Company should be commended for retaining their investors’ patience for approximately fifteen years, but the King of England was not so easily soothed.

After grave reports of mismanagement at the Virginia Company and staggering loss of life filtered back to England, the Crown’s patience was finally exhausted and the company’s charter was revoked on May 24th, 1624. Other than a few hundred acres of generally worthless land that was awarded to shareholders in absence of any monetary returns, shareholders lost their entire investment.

Despite the financial failure of the Virginia Company, surviving colonists persevered and planted the first seeds in what would become the wealthiest nation the world had ever seen. Americans celebrate their birth, but English investors learned the hard way that speculative investments can fail spectacularly. If the investing results of Downton Abbey’s Lord Grantham mirrored historical narrative, we can assume that some wealthy families speculated with more than they could afford to lose.