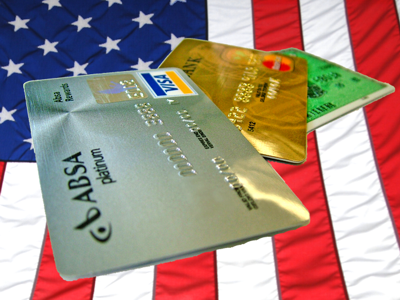 Our country’s debt and deficit is difficult to understand in the abstract. Translating it to the numbers on each taxpayer’s credit card can help us see how our country’s spendthrift ways have debilitated economic productivity.

There are 111,808,221 taxpayers. No one else is accountable. About 47% of households pay no federal income taxes. Either their incomes are too low or they have enough credits, deductions and exemptions to eliminate their liability. That leaves the rest of us to shoulder the burden. If you are a taxpayer, here’s the bad news.

Our debt ceiling is currently $14.3 trillion. The money has been spent, and unlike a house mortgage, we don’t have any tangible asset to show for it. Because we spent this money to enhance our lifestyle, this debt is more like credit card debt. Apportioning this ceiling to those who pay taxes results in a credit card limit of $127,898 each. If you pay taxes, that’s how much the federal government has spent and is counting on you to pay off over time.

I don’t know any credit card company willing to allow that high a credit card limit. And now we’ve hit that mark and are asking it to be raised. I’ve seen a number of families who have bankrupted themselves and their futures on the shipwreck of easy credit. And like the federal government, what is purchased with easy credit is rarely worth the price that must be paid later.

What is worse, we continue to deficit spend.

Current annual tax revenues are about $2.17 trillion. U.S. gross domestic product (GDP) is currently about $14.119 trillion. That puts revenue as a percentage of GDP at 15.4%. The federal government has collected between 15% and 20% of the country’s GDP every year since 1960.

Higher taxes don’t necessarily result in higher revenues. With a tax rate of zero you will collect no taxes. But with a tax rate of 100%, no one will work, and again, you will collect no taxes. Economists claim that at times our country’s top marginal tax rate has been higher than the optimum rate to collect the most taxes, which is why tax cuts can sometimes result in higher tax revenues.

Libertarians take the argument a step further. They contend that our goal should not be to try to set the optimum rate to collect the maximum tax. Instead it should be to find the rate and method that collects the least amount of tax to fund the essential purposes of government and at the same time allows us the most individual freedom.

Libertarians are convinced that the authoritarian redistribution of wealth and entitlements is immoral, wasteful, ineffective and subject to corruption. Rather than supporting a faceless bureaucracy’s entitlement programs, fiscal conservatives give more generously to private charities that do more good per dollar spent.

Whereas tax revenues have remained relatively stable, spending has not. Current annual spending is about $3.82 trillion, or 27.1% of GDP. That’s the highest it has been since World War II. No tax increases can collect that percentage of revenue without dragging down economic growth.

These figures should silence those who say we have a revenue collection problem. Raising taxes won’t necessarily collect more revenue any more than companies can automatically earn more profit by raising prices.

As a country, our annual deficit is $1.65 trillion. In personal terms, that is $14,757 more debt annually on every taxpayer’s credit card. One way to solve hitting the debt limit would be for the federal government to simply add $1,230 a month of the debt burden to your credit card.

Not only is that a lot of debt per person to add, it is a great deal of money that might be used for additional investment in businesses and other economic activity. Instead we are spending it as though it isn’t really our money.

The worst part of our spending is the unfunded liabilities that we as a nation have agreed to. The Social Security liability is $15.1 trillion. Bush saddled us with a $20 trillion prescription drug liability. And the Medicare liability is $79.7 trillion. It is as though we have signed 30-year service contracts with ballooning monthly payments.

Translated per taxpayer, we have looming payments of $135,402 for Social Security, $179,147 for prescription drug coverage and a whopping $712,420 for Medicare. That’s a total unfunded liability of over one million dollars per taxpayer.

Something must be done. Our spendthrift ways have bankrupted the country and mortgaged our children and grandchildren. We have to cancel some of our subscriptions to costly and inefficient government entitlement programs. The sooner we rein in spending, the sooner we can free the economy from the burden of excessive government.