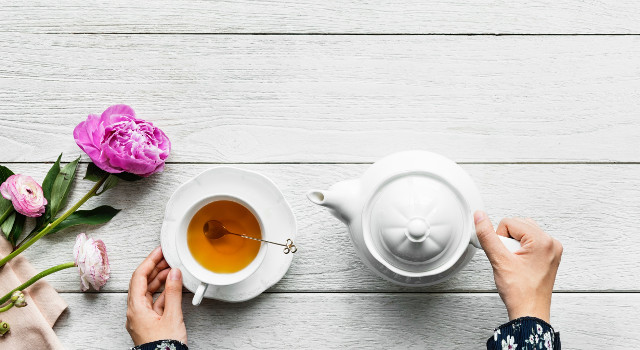 Standard & Poor’s (S&P) downgraded U.S. debt, and the administration and others pushed the idea that most of the blame was due to the intransigence of the Tea Party. Calling this a “Tea Party downgrade” might be true in one sense. There weren’t enough members of the Tea Party to overcome the stubbornness of those refusing to make real spending cuts.

First the Tea Party was going to be blamed if a deal wasn’t made and the debt ceiling wasn’t raised. We were told the United States would default. We were warned the world would end. In response, I explained how the federal government could pay interest, Social Security and the active duty military with the cash coming in. I may be the only person to have made the nightly news for predicting the world would go on.

S&P said they would downgrade the United States unless $4 trillion was cut from the deficit. Members of Congress only cut $900 billion and then seemed shocked when S&P followed through. S&P even explicitly spelled out the possibility in what they called scenario 2:

“The White House and Congress agree to raise the debt ceiling to avoid potential default but are not able to formulate what we consider to be a realistic and credible fiscal consolidation plan.

“Such a partial solution would essentially put before American voters in the 2012 presidential and congressional election the spending vs. revenue debate. Meanwhile, debt would continue to mount and the results of the election might not, in any event, resolve the issue. Under this scenario, we might lower the U.S. sovereign rating to ‘AA+/A-1+’ with a negative outlook within three months and potentially as soon as early August.”

Unlike Congress, S&P follows through on its promises.

One of the positive aspects of our country’s financial debacle has been to show our financial health more clearly as a house of cards. Intransigence in Congress, we were told, imperiled everything from Social Security to defaulting on our interest payments. In other words, without continued deficit spending we can’t even pay our bills. It is no longer a given that money will continue to emerge indefinitely from the ATM.

Unfortunately, the full faith and credit of the federal government is based on the ability to get that revenue increasingly from a much smaller percentage of those of us who actually pay income tax. The Democrats have tried to spin the idea this was a Tea Party downgrade and our real problem is that taxes need to be raised, especially on the wealthy.

Since 1960 the federal government has consistently collected between 15% and 20% of the nation’s gross domestic product (GDP). Given the wild change in marginal tax rates over that same time period and even accounting for both the recessions and economic growth, it has been remarkably stable. When measured as a percentage of GDP, spending and revenue numbers should remain relatively constant. As we get richer, revenue and spending should rise proportionally and the percentages of GDP should not change.

Although this has been true for revenue, it has not been true of spending. Our spending recently has exceeded 25% of GDP. Because we are in a recession and revenues are closer to the 15% mark, we are going about 10% of GDP further into debt each year.

Additionally, there is a diminishing return for government spending. Another dollar spent on stimulus, investment or spurring economic growth is worth less than 30 cents in reducing our deficit. We simply can’t spend our way into prosperity.

I’ve worked with many families struggling with credit card debt. The change of behavior required to cut back on spending is nearly impossible until no other choices are available . Even then it is difficult. Most of the time people won’t reduce the features on their cell phone, cancel their gym membership or stop eating out until they hit bottom and everything falls apart. Unfortunately, when Congress hits bottom we will be standing under them to soften the fall.

It is as though U.S. businesses have no choice but to rent space from our country. Raising taxes is like trying to help America become more competitive by increasing rent and forcing businesses to raise their prices. We can’t become more competitive by raising prices. In a global economy, the best contribution that our government can make is to give us low rent and more efficient management. Government needs to spend less.

While we continue to invest in this country, six countries enjoy more economic freedom and a lower debt and deficit: Hong Kong, Singapore, Australia, New Zealand, Switzerland and Canada. And all still have AAA ratings.

These are the countries that may continue to have what used to be called the American style of GDP growth: 6.5%. With our increased government spending and reduced economic freedom, we will be stuck with the European malaise level of 2 to 3% GDP growth. And obviously anything growing at 6.5% will overtake something growing only at a 3% rate of growth. Overweight your investment in these.

If this was a Tea Party downgrade, it is only because the Tea Party wasn’t strong enough to overcome congressional politics as usual. We need government workers who will vote for smaller government. Less government means more freedom. And more freedom means faster GDP growth.

Photo by rawpixel.com from Pexels