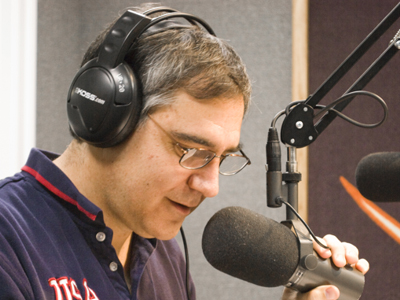 On August 9, 2011, David John Marotta appeared on 1070 WINA’s Schilling Show to discuss the weak government debt deal, the U.S. Credit downgrade, and the subsequent drop in the Stock Market.

“Now if the give me a tax credit for the rest of my life starting right now for the amount I paid in, I will go with that. Or a means test where if you make a whole lot of money you don’t get it. But if I’m forced to pay something it I want my money back.”

David John Marotta’s answer: “I completely understand your feelings, every now and then those same feelings well up inside of me.

“I’m sure you, like every other American, has two parents and four grandparents, and there are the six people who have gotten what you paid in. So at least it has gone to your family members

“The real question is: ‘Do we want to hold a gun to our children and grandchildren’s heads just like the gun was held to our heads and make them pay into our system?’ Because the money just isn’t there. That’s the problem. And if anyone says the money is there, why did we need to raise the debt ceiling?

“If it is any consolation, just say, ‘We are not going to hold a gun to our children and grandchildren’s heads and force them to endure what we endured.’ Two wrongs just don’t make a right.

“I mentioned Thomas Sowell’s article which ends with, ‘Since the law does not allow private pension plans to be set up in the financially irresponsible way Social Security is, that is where young people’s money should be put if they ever want to see that money again when they reach retirement age.’