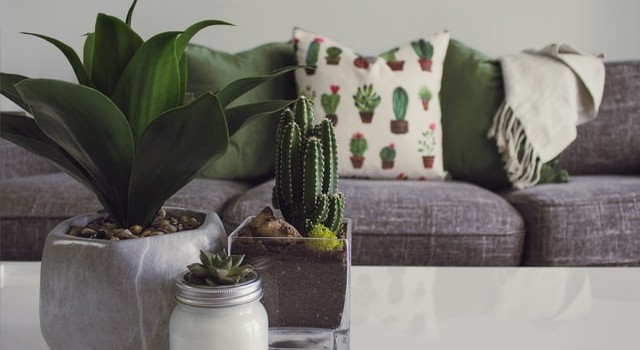 We are constantly reviewing our portfolios’ asset allocations in order to bring them more in line with our Investment Committee’s current best thinking.

Here is a summary of our recent changes.

Recently, we elected to trim our Technology allocations back slightly and reallocate into Small Cap Value and Mid Cap Value.

This represents a further tilt toward U.S. Value and away from U.S. Growth.

Hong Kong has always been one of the freest countries even though it has also carried with it an expiration date of 2047. Alas, starting in 2019 and ramping up in 2020, China started the process of overtaking Hong Kong earlier than their contract said they should. In June 2020, during the uncertainty, we cut back our Hong Kong allocations slightly.

Then, in 2021, The Heritage Foundation removed Hong Kong as a ranked country entirely. As a result, we started our exit strategy from the fund. We reduced our allocations to Hong Kong and fixed our dynamic tilt so that the allocation to Hong Kong could only go down.

Now, in 2022, our Investment Committee decided to remove Hong Kong from our Freedom Investing allocations. For our hand-traded accounts, we will process this removal gradually over the course of the year, keeping in mind Capital Gains Management hurdles.

After switching to a new composite score from our analysis on the predictive power of individual subscores, we added three countries to our developed allocations: Austria, Sweden, and Norway.

In Austria , “Property rights and judicial effectiveness are strong, but government spending and tax burden score poorly.” Austria’s investable markets are composed of a balanced blend of the sectors with Financials, Utilities, Materials, Energy, and Industrials having the largest cap weights .

Sweden has a “vibrant and outwardly oriented manufacturing-based economy” with timber, hydropower, and iron ore as its main resource base. Its Industrial sector makes up approximately 36% of its investable market index . Sweden posted an impressive score this year of 98.4 in Property Rights. The Heritage Foundation explains that in 2022 Sweden saw, “increases in scores for rule of law and labor freedom overriding declining scores for business freedom and trade freedom.”

Norway saw an impressive 2.9-point overall gain since 2017. In 2022, it brags the very impressive scores of 99.6 in Property Rights, 96.6 in Fiscal Health, and 96.0 in Government Integrity. The Heritage Foundation explains, “Norway is one of the world’s most prosperous countries, and the production of oil and gas accounts for 20 percent of its economy. Other important sectors include hydropower, fish, forests, and minerals.”

Movement Toward an Equal Weight in Developed

Prior to 2022, we had used a size-weight, sector-weight, and freedom-weight to help determine our static country allocations. This meant that larger countries with a higher freedom score and more healthcare would receive a larger allocation.

The MSCI All Country World Index excluding the United States (MSCI ACWI ex-US) can be thought of as the default way to invest in foreign countries. It invests in all the foreign stocks of the world in exactly the proportions that they are valued in the world. Any decision to deviate from investing like this index is a choice.

In the past, we had included the size-weight (also called cap-weight) in our freedom allocations because the MSCI ACWI ex-US is cap-weighted.

To run this analysis, we used annual return data from Morningstar of the country-specific MSCI index for each country of the 22 developed countries for which we could find index return data. The equal weight portfolios were rebalanced annually.

Because of these findings, we decided to remove the size-weight and sector-weight from our static calculations and move our allocations closer to an equal weight.

Meanwhile, we kept our freedom-weight. Our analysis of the predictive power of economic freedom suggested that higher freedom scores may poise a country for higher investment returns.

We are still in the process of revisiting our country-specific emerging market strategy, but even in the midst of that analysis, we decided to add South Korea to our allocations.

As a result, we added South Korea to our country-specific emerging market allocations.

In our algorithm-traded Schwab Institutional Intelligent Portfolios (IIP), where we are limited to only 20 exchange-traded funds (ETFs), we made several more fund changes.

In order to make room for new additions, we removed allocations to our specific Emerging Market countries of Taiwan and Chile and replaced them with an allocation to Alpha Architect Freedom 100 Emerging Markets ETF (FRDM). FRDM strives to be a freedom-weighted emerging markets equity strategy. Our target countries of Chile, Taiwan, and South Korea are among its top allocations.

For our hand-traded portfolios, we prefer the country specific funds. The expense ratio of FRDM is a higher 0.49% compared to a blend of FLKR (0.09%), FLTW (0.19%), and ECH (0.57%). However, because of the limitations of the IIP platform, FRDM provided more room for diversification.

Because the country exposure of FRDM and VWO overlap, we also reduced our allocation to VWO in order to mitigate this effect. This accidentally results in a tilt away from some of the more unfree countries of Emerging Markets such as China.

In order to make room for all the new additions, we removed United Kingdom from our IIP allocations. United Kingdom is still part of our overall Freedom Investing strategy, but we ran out of room in the IIP program because of the fund limit.

Finally during Schwab’s recent ETF review, they permitted the addition of Franklin funds to their IIP program. As a result, we were able to change the funds for Australia (EWA to FLAU), Canada (EWC to FLCA), and Switzerland (EWL to FLSW).

We were also able to implement our U.S. tilt to value by changing the fund for our U.S. Large Cap from VOO to QUS.

If anyone who is part of our IIP program is interested in what you could gain by switching to our hand-traded accounts, you can read about the advantages and disadvantages of each program here or email our DIY team directly to discuss.

Photo by DESIGNECOLOGIST on Unsplash