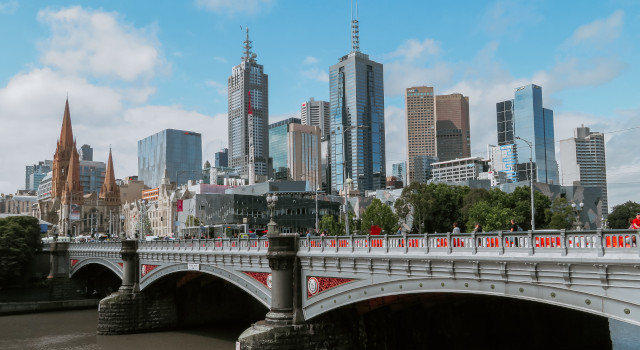 We have been advocating Freedom Investing since 2004. Every year, The Heritage Foundation evaluates all the world’s countries using their Index of Economic Freedom, where a high score correlates to nearly every positive measure of a country. We use this ranking and efficient frontier analysis to craft our Foreign Stock investment strategy that we call “Freedom Investing.”

You can read more about each of these sub-scores in Heritage’s 2022 Methodology paper here .

This year, we decided to analyze the predictive power of these sub-scores on overall future investment returns.

To run this analysis, we used annual return data from Morningstar for January 1, 2000 through December 31, 2021 using the country-specific MSCI index for each country of the 71 countries for which we could find index return data.

We then calculated that country’s return advantage over a related MSCI benchmark. Those benchmarks were MSCI EAFE (Europe, Australasia and the Far East) for developed countries, MSCI EM IMI (Emerging Markets Investable Market Index) for emerging markets, and MSCI ACWI ex-US (All Country World Index excluding the United States) when running the data on the entire universe.

With this data, we compared each country’s past economic freedom scores to its future return advantages to see if there was a relationship. We looked at the correlation, linear regression, and predictive power of each sub-score on future market returns.

When calculating the portfolio’s return, we screened the countries to only those with above average freedom scores and then created an equal-weight portfolio rebalanced annually. When using the four-year average prior freedom score, the analysis did not start the return data until January 1, 2003, the first year in the time period where a 4-year prior average was available.

From this, we found a composite score which, in our backtest, is between 2.81 and 5.68 times more predictive of future 4-year annual returns than the average recent overall score or current overall score alone.

That composite is made from two parts of Property Rights and Monetary Freedom with one part of Government Integrity, Fiscal Health, and Labor Freedom.

Property Rights describes the risk of expropriation (government takeover), respect for intellectual property rights, and the quality of property-rights-related law enforcement. Over the time period, Property Rights had a 0.40 correlation with the future 4-year advantage of developed countries, and regression analysis suggested that the Property Rights score explained 15.83% of the future advantage.

Added to the Index in 2017, Fiscal Health measures as a percentage of GDP both the average deficits for the past three years and the current debt. Its data set is limited by its late addition to the index, but what little data we do have shows a 0.45 correlation with a r-squared of 19.86%.

Together, these five sub-scores seem to more accurately describe the economic environment that helps the companies of developed countries thrive than either the Overall Score or any individual component alone.

In a backtest over the time period (2000-2022 with return data starting in 2003), a portfolio screened by this composite score showed a +6.75% annual advantage over the EAFE with 1.61 less risk per unit of return (coefficient of variation). Compared to a portfolio using the 4-year average of the Overall Score to screen countries over the same time period, the new composite showed a +0.35% annual advantage over the time period with a similar coefficient of variation (0.04 more risk).

Again, the composite score, in our backtest, was found to be between 2.81 and 5.68 times more predictive of future 4-year annual returns in a regression analysis than the average recent overall score or current overall score alone.

As always, our Investment Committee will continue to monitor this composite score and make adjustments when we believe we have the data to justify the changes.

For 2022, most of the same countries were ranked highly in the average composite score, average overall score, and one-year overall score. The countries that differed between these methodologies were:

Here is how the developed countries compare on this alternate composite score:

Photo of Australia by Denise Jans on Unsplash