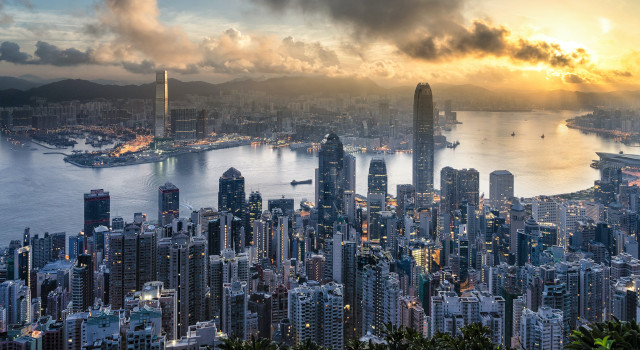 We have been investing in Hong Kong for years as a part of our Freedom Investing strategy. From the foundation of The Heritage Foundation’s Index of Economic Freedom until 2019, Hong Kong has been the highest ranking country.

Apparently, that strong temptation has overcome their restraint. In May 2020, China took steps that were particularly aggressive against Hong Kong’s regime. In response to China’s security law, the United States has taken the action of removing Hong Kong’s special treatment in our foreign policy.

In the June 2020 article “Hong Kong Still Has a Place in Freedom Investing,” we wrote:

Hong Kong has always been an anomaly: a tiny, extremely free country with an expiration date in 2047. The country currently represents a little over 9% of our static Freedom Investing strategy with an April 2020 forward P/E ratio that suggests dynamically tilting even more towards the country.

However, recent turn of events suggest that China (a country that is “mostly unfree” with an overall score of only 59.5 and the ghastly low investment freedom score of 20) could start the process of overtaking Hong Kong and eroding its freedom by August of this year.

…China’s encroaching presence in Hong Kong means that the country is likely going to lose its place in our Freedom Investing strategy eventually, but how soon? At this time, the underlying countries of our Hong Kong fund still have the expected earnings to justify keeping the country at its current price and the country’s overall freedom score is still likely to remain high.

Even if Hong Kong’s Government Integrity score, the most likely one to fall thanks to China’s encroachment, drops from its current high score of 84.7 to China’s current low score of 46, that still only decreases Hong Kong’s overall score from 89.1 to 85.9. Although this would obviously adversely affect the lives of those in Hong Kong, a score of almost 86 would still mean that the country deserves a prominent place in our Freedom Investing strategy. Even if all of Hong Kong’s Rule of Law scores drop to China’s levels, their overall freedom would still be 83.1, earning their place.

Few will be able to predict what will happen for Hong Kong politically, and no one is able to predict what will happen to Hong Kong in the stock market. Moving away from Hong Kong on the heels of bad news for the country and before it has fully recovered could mean that we miss out on the gains of the country’s recovery from this pandemic and news. However, China is hoping to act quickly and seize the country while the world is distracted by this virus, which could delay the country’s gains if it has uprisings or civil war and mean that tilting away will protect us from stagnation or loss.

Right now, everything is recovering from the 2020 COVID Bear Market, so tilting away from Hong Kong, even though it has losses, toward another recovering country’s fund could see more gains than waiting for Hong Kong to recover or decline.

As a result, we decided to refactor our static Freedom Investing allocations for June 2020 and treat Hong Kong as though it already has a freedom score of only 87 instead of 89.1. This small change decreases our freedom allocation to Hong Kong by 0.9044% and gives that small amount evenly to the other countries. This change effectively brings our allocation to this one country back to the level it was earlier in the year before our 2020 Freedom Investing score update.

It is our hope that this small change positions us well for whatever happens. There is much uncertainty in Hong Kong. China’s influence could decrease the country’s Investment Freedom score. Fund companies could close the Hong Kong specific ETFs and merge those companies into China ETFs. The Heritage Foundation could stop ranking Hong Kong as its own country. Each of these possibilities could mean that Hong Kong will lose its place in our Freedom Investing strategy sooner rather than later. Because of those possibilities, our Investment Committee thought it prudent to decrease our Hong Kong asset allocation slightly and reach out to Heritage and SPDR to gather more information about what they are doing on this news.

Now this March, Heritage came out with their 2021 Index of Economic Freedom, and Hong Kong’s place has been the most reported on country. Previously, it was the second most free country with a score of 89.1. Now, it doesn’t even appear on the list.

Hong Kong and Macau were not ranked in the 2021 Index – partly a consequence of Beijing’s growing control over the cities’ economies.

…Hong Kong, which was ranked second for the first time in the history of the Index in 2020 after ranking first for 25 years, was not ranked in this year’s Index, which now includes only countries exercising full sovereign control over their economic policies.

“While Hong Kong and Macau offer their citizens more economic freedom than is available to the average Chinese citizen, developments in recent years have demonstrated unambiguously that those policies are ultimately controlled by Beijing,” say the editors.

We knew this day would come eventually for Hong Kong, but 2021 is much sooner than the scheduled 2047.

No one knows what the future holds for Hong Kong, but we needed to make a decision on whether it has a place in our Freedom Investing.

If we elect to keep Hong Kong in our Freedom Investing over the long-term, we would need to develop a mechanism to continue to score and track the country. However, reading between the lines, I believe that Heritage does not feel they can adequately score Hong Kong as an individual country and, as a result, have elected not to try. We do not claim to have any better mechanism for doing so.

That being said, as we discussed in our 2020 article, even if all of Hong Kong’s Rule of Law scores drop to China’s levels, their overall freedom would still be 83.1, earning them a place in Freedom Investing. In this way, Hong Kong’s actual freedom likely did not change much.

To compromise these two competing feelings, we have decided for the time being to treat Hong Kong as having exactly the minimum freedom score required to include it in our investing. This effectively halves Hong Kong’s allocation for 2021, beginning the process of transitioning our Hong Kong specific funds out of our portfolios.

It is important to note that outside of our developed Freedom Investing, we also have a strong allocation to Emerging Markets (EM). While we do include an overweight to emerging market countries with economic freedom, we also invest in the broader emerging market index. Through funds like VWO and SCHE, we have a large exposure to China. I also wouldn’t be surprised if EM funds eventually add in Hong Kong stocks to their allocations.

Regardless of what happens, it is our hope that this small change positions us well for whatever happens.

Photo of Hong Kong by Ryan McManimie on Unsplash