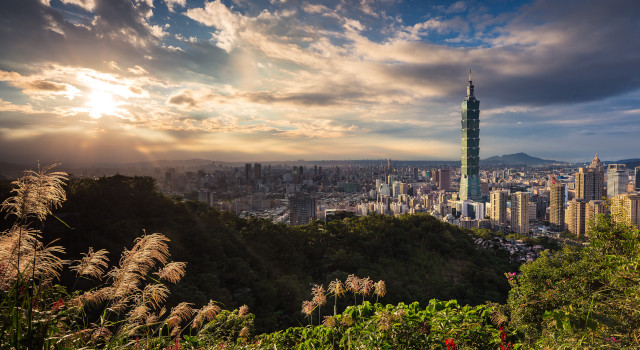 According to the Index editors in their 2021 Taiwan fact sheet :

Taiwan’s economic freedom score is 78.6, making its economy the 6th freest in the 2021 Index. Its overall score has increased by 1.5 points, primarily because of an improvement in government integrity. Taiwan is ranked 4th among 40 countries in the Asia–Pacific region, and its overall score is above the regional and world average.

This year, Taiwan’s economy turned in its best performance in the 27-year history of the Index, inching closer to the ranks of the free than ever before. The main problem holding Taiwan back from the top economic freedom category remains the continuing relative lack of labor freedom. Despite the possibility of further damage to productivity and flexibility for workers, the government increased the minimum wage again in 2020.

Taiwan is an island with a highly urbanized, concentrated population. It holds the claim of being one of the most densely populated countries.

Taiwan has one of the wealthiest economies in Asia. As a densely populated island, Taiwan’s economy is driven by competitive exports, especially in the Technology sector.

Taiwan is officially called the Republic of China, and its status is contentious. The People’s Republic of China (China), Taiwan’s neighbor to the northwest, refuses to have diplomatic relations with countries who recognize Taiwan. This ongoing attempt to isolate Taiwan diplomatically threatens both the country’s long-term political autonomy, and its ability to maintain its presence in overseas markets. For example, it was a founding member of the United Nations, but is no longer granted status in the organization.

That being said, Taiwan has its own currency, widely accepted passport, armed forces, constitution, elected president, and more. While Taiwan seems to prefer continuing the status quo, China’s anti-secession law means that the People’s Republic of China has a substantial military presence stationed on their neighboring coast.

As Heritage author Anthony B. Kim explains in his recent article :

Although communist China has done everything in its power to constrain Taiwan and limit its participation in international organizations and the world community, the country has nonetheless compiled an impressive record as a constructive member of the world community, demonstrated most recently by its successful handling of the ongoing global coronavirus pandemic.

…Taiwan’s free-market economic development is equally important and remarkable. Steady economic growth, enhanced by the pursuit of sound economic policies, has made the country one of the most prosperous in Asia.

We elected to represent Taiwan on our Buy List with Franklin FTSE Taiwan ETF (FLTW). The fund has the low expense ratio of 0.19% and tracks the FTSE Taiwan Capped Index. Just like the country itself, the fund has a high concentration in the Information Technology sector with currently 60.61% in Tech.

Taiwan’s economy is larger than Chile’s. In the FTSE Emerging Index , Chile is one of the smaller allocations with only 0.66% while Taiwan is the second largest with 16.04%. Taiwan also has a higher Economic Freedom score than Chile (78.6 compared to 75.2).

As a result, Taiwan has received a larger size and freedom weight, reducing our Chile allocations slightly.

When this change is combined with our other changes, you can see that while we reduced our allocations to Hong Kong, we are helping to maintain our allocation to the free countries in Asia with the addition of Taiwan.

Photo of Taiwan by Thomas Tucker on Unsplash