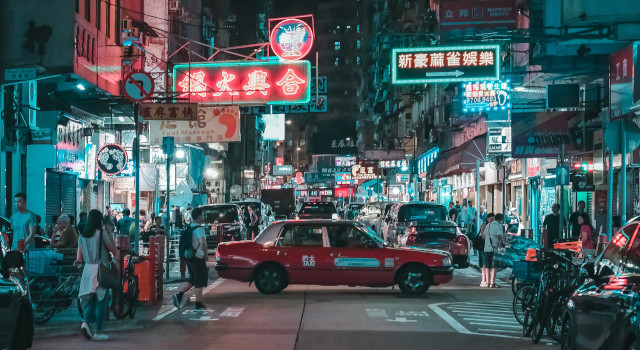 For a brief history of the oddity that is Hong Kong, Vox Border’s 15 minute video called “China is erasing its border with Hong Kong” from 2018 is a great summary. It explains how Hong Kong was a British colony for 99 years, from 1898 to 1997. However, in 1997 Britain and China came to a 50-year agreement that Hong Kong would be allowed to maintain its freedoms and democratic government for 50 more years, which is until 2047.

Since the foundation of The Heritage Foundation’s Index of Economic Freedom, Hong Kong has been the highest ranking country. That is, until this 2020 when it’s score dropped below that of Singapore. As Heritage summarizes :

Hong Kong’s economy was rated the freest in the world from 1995 through 2019. The ongoing political and social turmoil has begun to erode its reputation as one of the best locations from which to do business, dampening investment inflows. …Hong Kong’s traditionally open and market-driven economy has become increasingly integrated with the mainland through trade, tourism, and financial links. Risks to Hong Kong’s economic freedom have grown correspondingly.

Although Hong Kong is both part of China and is its own country, China has not been honoring this “one country, two systems” agreement as they legally ought to. You can hear about China’s encroachments and Hong Kong citizens growing protests as reported in Vox’s “Hong Kong’s huge protests, explained.”

Recently, this May 2020, China has taken steps that are particularly aggressive against Hong Kong’s regime. As Oliva Enos summarized for The Heritage Foundation :

Beijing is banking on the rest of the world looking the other way while they combat the COVID-19 pandemic. If the proposed national security law is passed, fundamental freedoms will be abandoned—traded in for rule of law according to Beijing—which is to say, no rule of law at all.

That national security law passed on Thursday, May 28, 2020. As CNN reports :

The country’s rubber-stamp parliament, the National People’s Congress (NPC), nearly unanimously approved the resolution Thursday to introduce the sweeping security legislation, which bans secession, subversion of state power, terrorism, foreign intervention and allows mainland China’s state security agencies to operate in the city.
…Now approved, the NPC’s standing committee will draft the law — a process that is expected to take about two months. It will then be implemented upon promulgation by the Hong Kong government, bypassing the city’s legislature via a rarely-enacted constitutional backdoor.

The law will drastically broaden Beijing’s power over Hong Kong, which last year was roiled by anti-government protests calling for greater democracy and more autonomy from mainland China.

…China’s Premier Li Keqiang said Thursday after the parliamentary meetings that the law was designed for the “steady implementation of ‘one country, two systems'” — a formula that guarantees Hong Kong its autonomy and freedoms — and for “Hong Kong’s long term prosperity and stability.”
But that has failed to reassure critics. The move has been denounced internationally, with opponents warning it could curtail many of the legal safeguards promised to the city when it was handed from British to Chinese rule in 1997. …
Hong Kong pro-democracy lawmaker Claudia Mo said the decision marks “the beginning of a sad and traumatizing era” for the city.
“They’ve practically taken away our soul. Our soul we’ve been treasuring all these years, the rule of law, human rights, they’re taking away all the core values we’ve come to know,” she said.
“From now on, Hong Kong is nothing but just another mainland Chinese city.”

In response to China’s security law, the United States has taken the action of removing Hong Kong’s special treatment in our foreign policy. As Olivia Enos and Mike Gonzalez report for the Heritage Foundation , “Secretary of State Mike Pompeo has told Congress that Hong Kong is no longer sufficiently autonomous from the People’s Republic of China, which may mean it will no longer receive different legal treatment from the United States.”

Most interestingly, Enos and Gonzalez explain some thoughts as to why China is going to all this effort to take over Hong Kong early. They write:

The Chinese Communist Party and President Xi Jinping did not need to make the former British colony a less free place. A financial center of 8 million people without an army, air force, or navy represents no threat to a country of 1.4 billion people with the second-largest defense budget in the world.

But it was galling to the Chinese Communist Party and Xi that anybody under their control would have freedoms such as the right to free expression, freedom of conscience, the right to property, and the right to gather peacefully.

Having to explain daily to the 1.4 billion inside mainland China that Hong Kongers wanted to retain these freedoms only reminded them that they themselves lacked them in the first place.

The idea of freedom was the threat.

We have been investing in Hong Kong for years now. In 2010, we wrote in “Hong Kong: An Ideal Place to Invest“:

Apparently, that strong temptation has overcome their restraint.

You can tell that the team at the Heritage Foundation is personally sad about this turn of events. Enos and Gonzalez continue later:

We at The Heritage Foundation know well Hong Kong’s value as an outpost that demonstrated, every day, and for decades, the superiority of the free market system. Its low regulatory environment, rule of law, strong anti-corruption stance, and flat tax rate gave it a GDP per capita of $62,726. Mainland China, lacking all these attributes, clocks in at $15,376.

For all these reasons, Hong Kong sat atop our Index of Economic Freedom since we started it in 1995. It dropped from its position as the world’s freest economy only this year in part because of its increasingly close integration with the mainland.

Hong Kong has always been an anomaly. Britain pried the tiny island away from China in 1842 as booty from the first Opium War, making the barely populated place a permanent colony. Britain then took a 99-year lease on the adjacent Kowloon Peninsula in 1898.

In the next century Hong Kong became a powerhouse, scrambling up the value-added ladder, first making toys and textiles, then computer equipment and eventually high-end banking.

…it is imperative that U.S. policymakers do all that they can to stand with the Hong Kong people and preserve what is left of their liberty and prosperity while simultaneously seeking to hold China accountable for breaking its word.

As a result, where we stand now in June 2020 shows an uncertain future for Hong Kong. Ambassador Terry Miller explains in a 2019 interview with Heritage :

I think in the long run, Hong Kong is going to become a Chinese city, and we’ll see what kind of China there is at that time. We’re talking about 30 years in the future. A lot could happen in 30 years, both in Hong Kong and China. But it’s clear that the integration of Hong Kong into China is going to continue and the people in Hong Kong are fighting to preserve the freedoms that they have and it’ll be very interesting to see how successful they are in that struggle.

Hong Kong has always been an anomaly: a tiny, extremely free country with an expiration date in 2047. The country currently represents a little over 9% of our static Freedom Investing strategy with an April 2020 forward P/E ratio that suggests dynamically tilting even more towards the country.

However, recent turn of events suggest that China (a country that is “mostly unfree” with an overall score of only 59.5 and the ghastly low investment freedom score of 20) could start the process of overtaking Hong Kong and eroding its freedom by August of this year.

Since then, there has been a new development in the story of Hong Kong’s fight every week, with either a large pro-democracy protest or a worrying pro-China action taking place.

China’s encroaching presence in Hong Kong means that the country is likely going to lose its place in our Freedom Investing strategy eventually, but how soon? At this time, the underlying countries of our Hong Kong fund still have the expected earnings to justify keeping the country at its current price and the country’s overall freedom score is still likely to remain high.

Even if Hong Kong’s Government Integrity score, the most likely one to fall thanks to China’s encroachment, drops from its current high score of 84.7 to China’s current low score of 46, that still only decreases Hong Kong’s overall score from 89.1 to 85.9. Although this would obviously adversely affect the lives of those in Hong Kong, a score of almost 86 would still mean that the country deserves a prominent place in our Freedom Investing strategy. Even if all of Hong Kong’s Rule of Law scores drop to China’s levels, their overall freedom would still be 83.1, earning their place.

Few will be able to predict what will happen for Hong Kong politically, and no one is able to predict what will happen to Hong Kong in the stock market. Moving away from Hong Kong on the heels of bad news for the country and before it has fully recovered could mean that we miss out on the gains of the country’s recovery from this pandemic and news. However, China is hoping to act quickly and seize the country while the world is distracted by this virus, which could delay the country’s gains if it has uprisings or civil war and mean that tilting away will protect us from stagnation or loss.

Right now, everything is recovering from the 2020 COVID Bear Market, so tilting away from Hong Kong, even though it has losses, toward another recovering country’s fund could see more gains than waiting for Hong Kong to recover or decline.

As a result, we decided to refactor our static Freedom Investing allocations for June 2020 and treat Hong Kong as though it already has a freedom score of only 87 instead of 89.1. This small change decreases our freedom allocation to Hong Kong by 0.9044% and gives that small amount evenly to the other countries. This change effectively brings our allocation to this one country back to the level it was earlier in the year before our 2020 Freedom Investing score update.

It is our hope that this small change positions us well for whatever happens. There is much uncertainty in Hong Kong. China’s influence could decrease the country’s Investment Freedom score. Fund companies could close the Hong Kong specific ETFs and merge those companies into China ETFs. The Heritage Foundation could stop ranking Hong Kong as its own country. Each of these possibilities could mean that Hong Kong will lose its place in our Freedom Investing strategy sooner rather than later. Because of those possibilities, our Investment Committee thought it prudent to decrease our Hong Kong asset allocation slightly and reach out to Heritage and SPDR to gather more information about what they are doing on this news.

James Jay Carafano commented for the Heritage Foundation in 2019 , “In the West, we often refer to Hong Kong as the canary in the coal mines—a leading indicator for how China treats the world.” Regardless of how its stocks perform, we hope the best for Hong Kong and the world.

Photo by Airam Dato-on on Unsplash