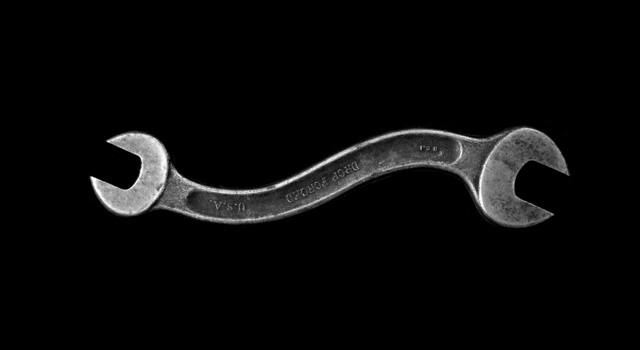 There are many things the two bills agree upon such as:

And there are many things they don’t agree on, such as:

Neither proposal substantially changes our tax code. They change the starting points of various brackets and the value of various reductions. But the progressive tax code will continue to be economically destructive and the effects of that tax will continue to trickle down to everyone in our society.

Oddly this is the greatest criticism of the proposals, that the proposals make the tax code less progressive and hence flatter. Critics calls this a regressive tax cut, but when rates are already highly progressive any movement toward a more equitable percentage will be criticized as regressive. This criticism is based solely on the idea that taxes should be increasingly punitive for the productive until wealth distribution is more uniform. Helping the poor by hurting the productive is never effective. We have critiqued this misguided thinking in a five part series called “Wealth Inequality In America.”

Helping the poor by giving the wealth of the productive to the government is even less effective. The American government has a spending problem and every time government spends money to provide security to a few, it destabilizes the rest of society.

Take a moment to consider what your government does: subsidies for ethanol that distort global corn prices, Social Security that returns a fraction of what would be available to seniors if the accounts were privatized, foreign aid sending billions to buy temporary global influence, public rent-seeking programs, and more. Where does our government’s hunger end?

Despite this criticism, the tax code remains punitive toward the most productive members of society as a progressive income tax rather than a sales tax or flat tax. And there is no bold proposal here in the Tax Cuts and Jobs Act. For all the changes being made, the Republicans missed an opportunity to scrap the tax code, start from scratch, and adopt a tax code that looks like someone designed it on purpose.

Then, there is the pork in the bill. “Pork” is politicians getting tax money to pay for projects that benefit specific areas, industries, or people. I have the table of contents of the Senate bill printed in this post so you can peruse the extra provisions for yourself.

The funniest one is “SEC. 13207. EXPENSING OF CERTAIN COSTS OF REPLANTING CITRUS PLANTS LOST BY REASON OF CASUALTY,” which gives a deduction to owners for the cost of replanting lost or damaged citrus plants through 2026. This is an citrus-plant-only exception to the rule that you cannot deduct expenses for “any plant which has a preproductive period of 2 years or less.” It is a variation of H.R.112 – Emergency Citrus Disease Response Act of 2017, a bill sponsored by 32 representatives, 26 of them (81.25%) from Florida. This section was likely added to the tax bill as a response to Hurricane Irma’s destruction , but that is not why the bill was originally drafted. The initial proposal date for this bill is listed as January 3, 2017. Hurricane Irma did not hurt the Florida crops until September. The actual text of the bill was a response to a citrus disease that came through Florida in 2016.

No matter how deserving you believe Big-Citrus is in deserving a deduction, it is always economically better to work toward general principles rather than the political expedience of working solely for your constituents. Why not give all farmers the exception? No matter the answer, a citrus-plant-only exception is not the solution.

Pork such as this needs to be seen as so socially distasteful that it is grounds for resignation from office. Instead, voters engage in rent seeking and refuse to elect anyone who fails to deliver for their special interests.

Nurses or Teachers or Graduate Students may be admirable, but they do not deserve special tax code provisions. The same goes for Hedge Fund Managers, CEOs, and Politicians. Special treatment, positively or negatively, makes it so people can gain more by trying to appropriate other’s wealth than by producing themselves.

For all of our criticisms of the Obama Administration’s move away from economic freedom and toward socialism, we are also critical of this Republican tax bill. It does not simplify the tax code. It does not work from general principles. It is not mindful of the unintended consequences of making law. It can still be gamed. It does not encourage people to be productive. It does not free capital to be used as investors see fit. And it includes pork provisions for specific constituents.

It is no secret that we lean libertarian and often disagree with both sides. We are glad to talk about politics if only to remember that your financial freedom is in your own control.